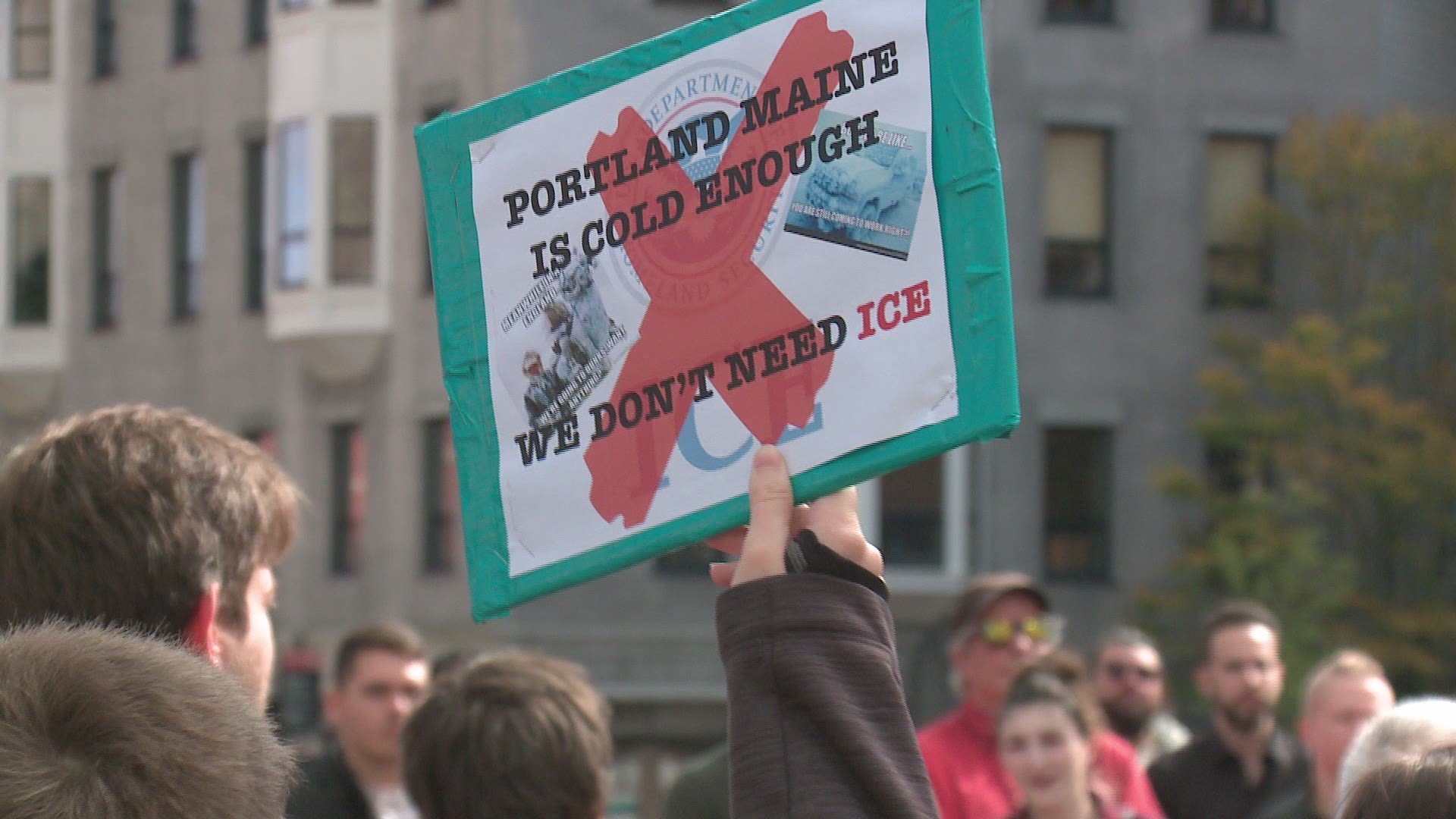 PORTLAND, Maine — Chanting "Shut it down" and "Abolish ICE," protesters gathered in Monument Square Monday to speak out against a U.S. Immigration and Customs Enforcement office under construction on the fourth floor of One City Center.

The office will include one holding cell, but ICE spokesman John Mohan told the Portland Press Herald that Homeland Security Investigations said the office will specialize in transnational criminal investigations and will not focus on undocumented immigrants.

They said ICE has no place in Portland, or in Maine.

Lily Fernald of Falmouth said she was "furious" when she learned the office would open, and had just signed a petition calling for Dirigo Management, owners of One City Center, to revoke the organization's lease.

A lifelong resident of Maine with indigenous and immigrant ancestry, Fernald said, "It's important to show that we are welcoming to everyone and that we are a sanctuary city, and to have ICE here would just directly contradict that."

"Being that we are white and have some level of privilege, it's important for us to stand up and speak out against an organization that tends to kidnap, prosecute and deport our Maine people," Diane Russell, a former Portland legislator, told NEWS CENTER Maine.

Russell said she's heard that the border patrol has boarded buses and visited Goodwill to "racially profile families," and conducted raids from the Aroostook County town of Sherman to Brunswick.

"Immigrants are welcome here, and it's important for ICE to understand that they're not," she said.

Calls and emails on Monday, a federal holiday, to the ICE regional office in Boston and to Dirigo Management were not immediately returned.