'Just because there are some in our community that think the city should literally pay for everything, that doesn't mean that we can,' Jennings said Monday. 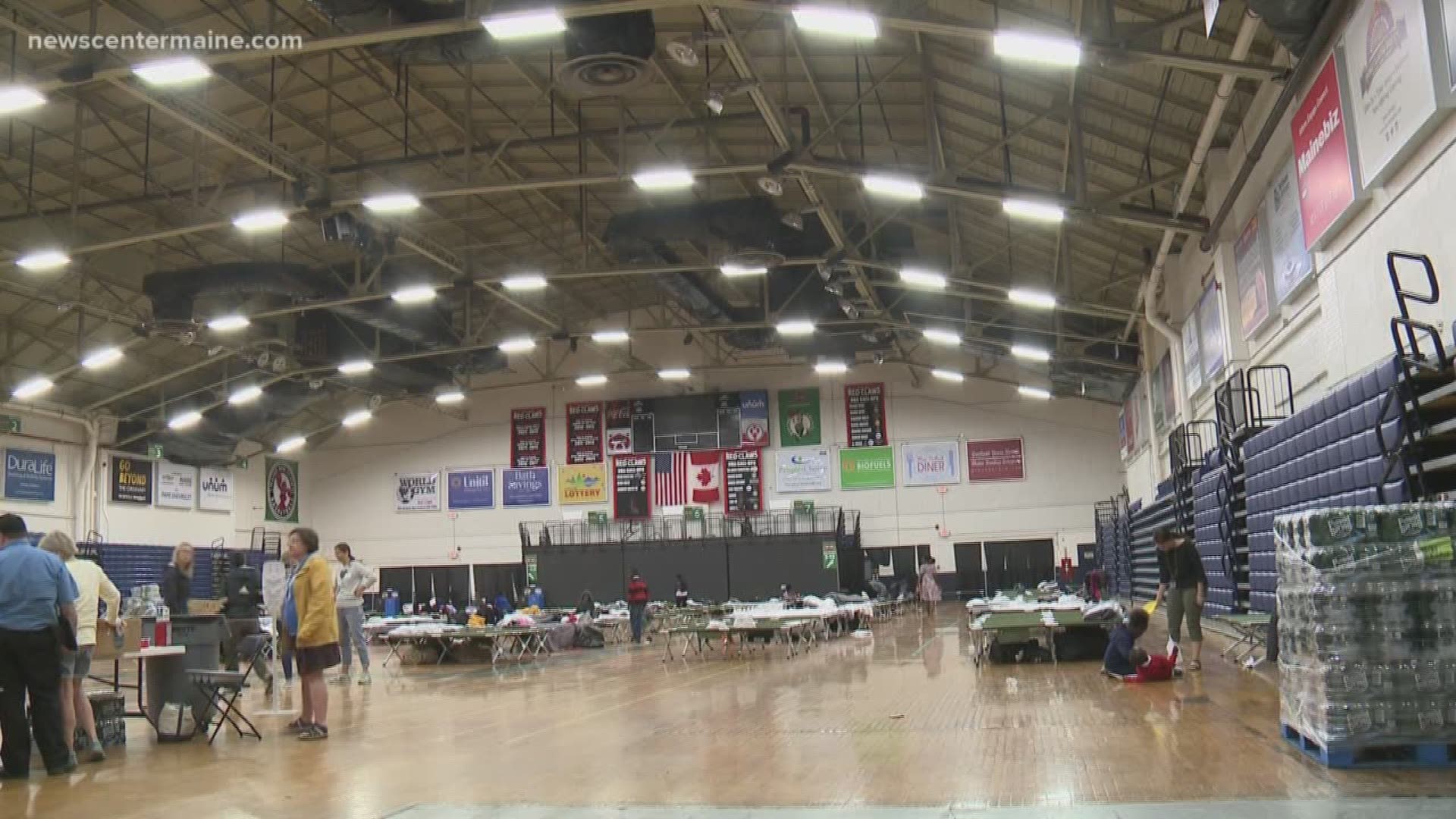 PORTLAND, Maine — Portland's city manager delivered a pragmatic-esque news conference Monday in which he detailed potential costs and possible solutions in regard to a recent, sudden influx of asylum-seeking migrants from Africa.

Efforts have stabilized at the city's Portland Exposition Building, where about 60 families are currently staying, city manager Jon Jennings said.

"It is exceedingly difficult, and I want to stress that, to be literally the only government entity in the entire country that is providing any type of financial support for the asylum-seeking population that's coming into our country," Jennings said. "Just because there are some in our community that think the city should literally pay for everything, that doesn't mean that we can."

Jennings said the city's immediate goal is to begin to transition the group of asylum seekers out of the public convention center as soon as possible.

"We'd like to within the next few weeks," he said. "It's important that these families don't have to stay in a gymnasium and are put into more permanent housing. This was just because of the emergency."

Things could change if more migrants show up, Jennings said, as there are unconfirmed reports of more approaching. But Jennings said from what U.S. Customs and Border Protection intelligence agents on the ground are telling him, they're not hearing that there is another large group on the way.
RELATED: 'We're all in this together': Mills addresses asylum seeker surge

Phase two, Jennings said, would entail moving the group out of the Expo and into permanent housing. He said the University of Southern Maine has offered to house the group on its campus until Aug. 3, before students return, but costs with food, security and maintenance would still need to be addressed.

Other offers the city has received include the city of Augusta, Brunswick's former naval base and Bowdoin College providing temporary housing. 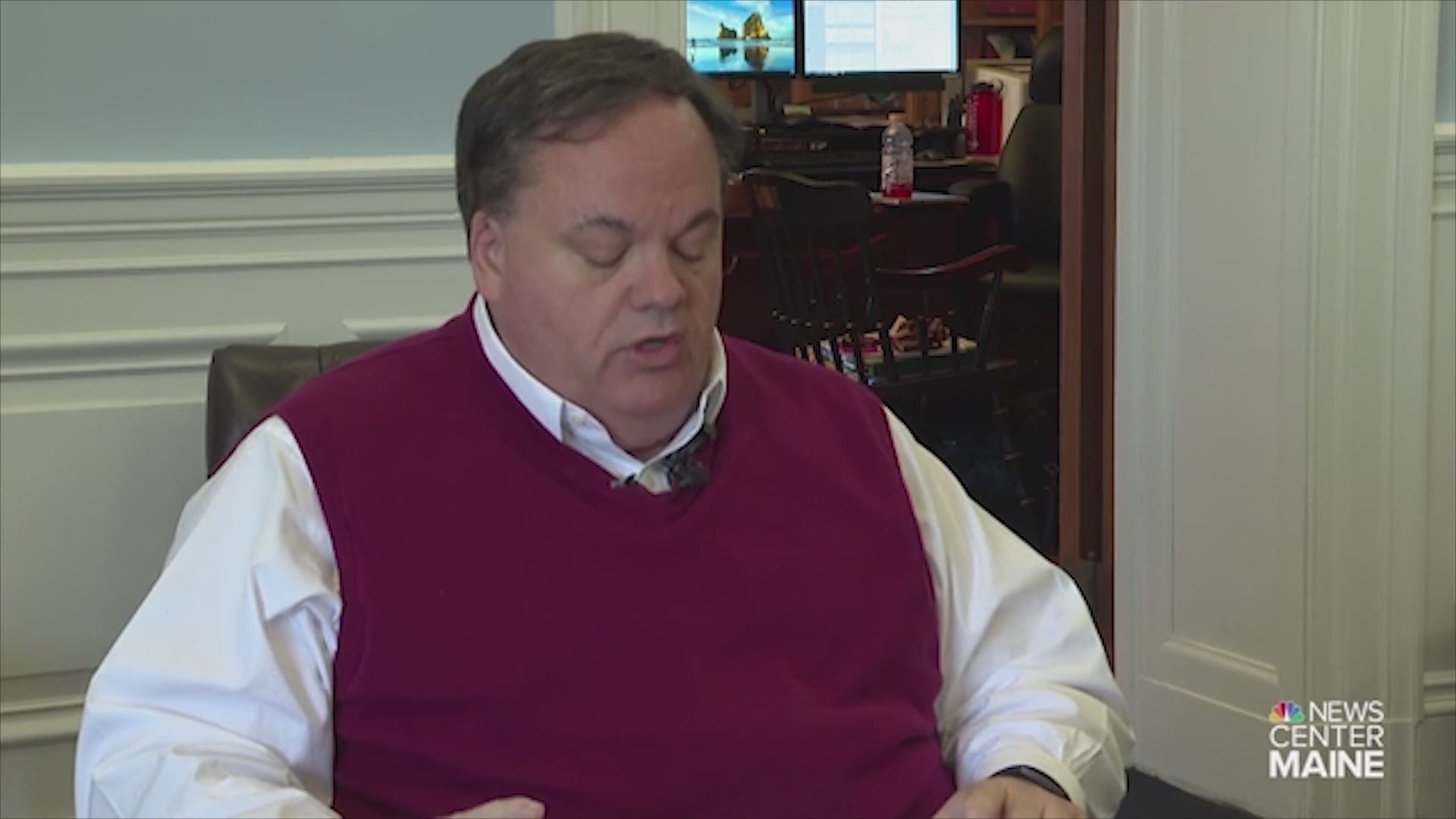 Since launching its fundraising effort last Wednesday, the city has received $350,000 in total contributions through text-to-donate, checks and online PayPal donations. A check of the mail Monday had $49,000 in checks.

Jennings said a lot of great work has been done by the community — in particular by Mercy Hospital and Maine Medical Center, which continue to provide towels, face cloths and other medical-related supplies. Unum also donated $10,000 to Preble Street Resource Center to provide food. Thanks to the city's immigrant community, Jennings said, the shelter has been preparing meals that are really focused on the group's native food choices.

Jennings said the cost to the city has yet to be determined, but does think it may be in the ballpark of contributions.

He said the city has paid several people overtime, including the police department, and has brought in per diem staffing.

RELATED: 'It was completely unexpected': 96 asylum seekers arrive in 3 days

The greater concern is the city's taxpayer-funded Community Support Fund, Jennings said. Due to the asylum seekers not being paroled, they're not eligible for assistance at the state level, therefore the cost would be exclusively on the city. Using a calculation the Maine General Assistance Program uses — $1,500 per family, per month — Jennings said and extrapolation would total, as of today, about $1.3 million.

Jennings said the city has $200,000 budgeted for the Community Support Fund for the entire year, and already has about $290,000 earmarked for folks who live at the city's Chestnut Street family shelter, which is currently full with 124 people. He said families, on average, spend four to five months there.

Mayor Ethan Strimling told the Portland Press Herald on Monday that "the costs of caring for the families … represents a small fraction of Portland’s overall budget."

"People think this is some huge outpouring of expenses, but there’s no indication that’s the case," Mayor Strimling told the newspaper.

"I don't even begin to understand on how you can make that statement," Jennings said later in the day. "We're a city of 67,000 people. We have limited resources."

'THE FRINGES OF EXHAUSTION'

Jennings maintained the city's openness to the situation.

"We have not turned our back," he said. "We easily could've said, 'no, not here,' like others have done – 'here's a bus ticket, go somewhere else.' We didn't do that. We stepped up. We are very compassionate. We welcome them with open arms. And frankly, I have staff on the fringes of exhaustion."

But he repeatedly emphasized the importance of figuring out the costs involved, which aren't yet known.

"There is an opportunity for new people to come to Portland, and/or the region," he said. "While it's wonderful to have folks come into the city, we have people that come to the city all the time, that move here or whatever, this is a subset of individuals that we will have to figure out a way to pay for.