The Penobscot Company president and employees directed racial slurs at an Egyptian immigrant, prevented him from praying on job site, investigator finds 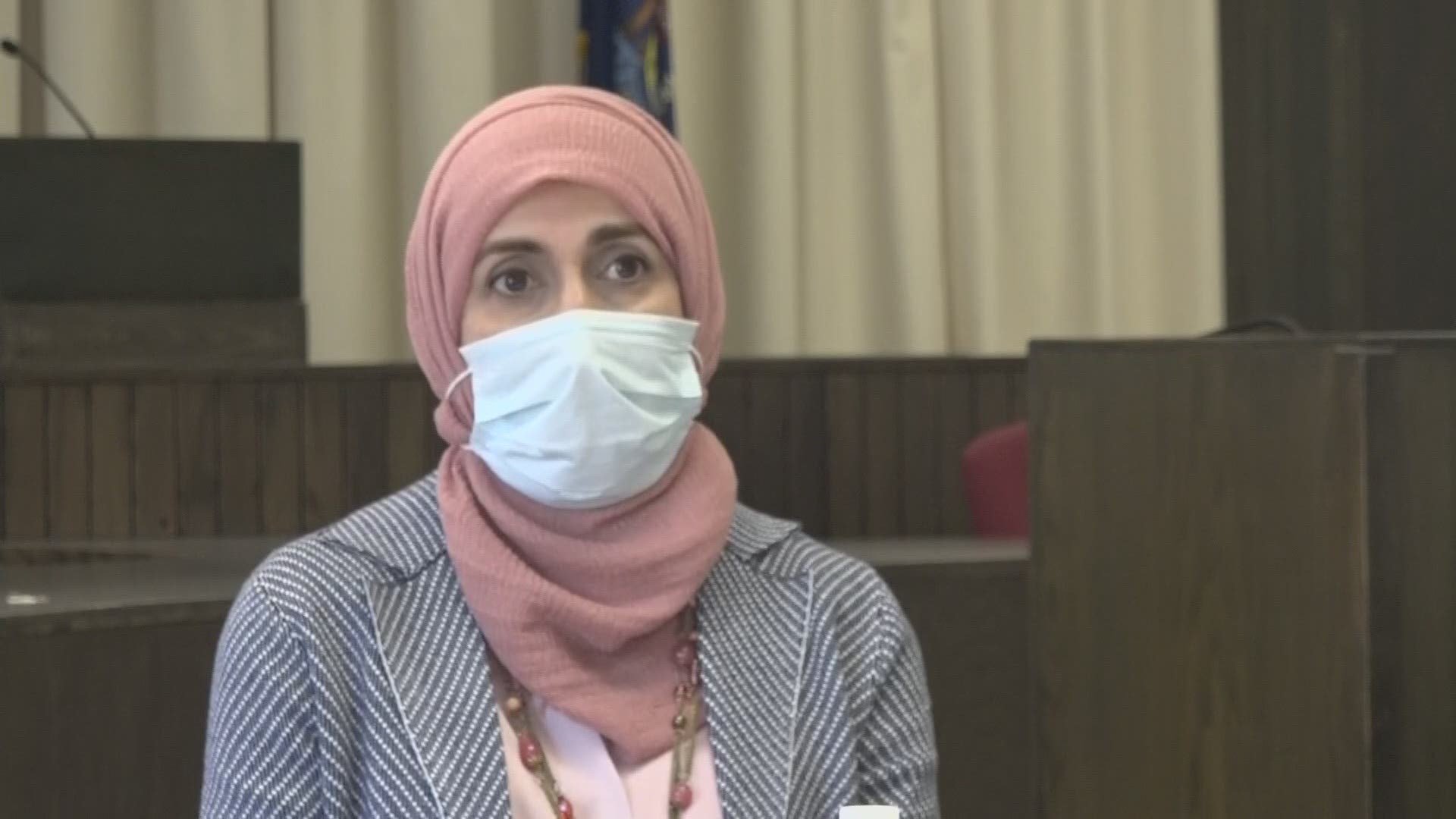 AUGUSTA, Maine — Editor's Note: The video above aired in March 2021.

The president and employees of a Rockport-based general contracting company discriminated against a Muslim man who tried to pray while working for the company and then fired him when he reported the discrimination, a Maine Human Rights Commission investigation determined.

Salah Elbarbary of Biddeford worked for The Penobscot Company from August 2019 to November 2019, painting a state building in Augusta.

In March 2020, Elbarbary, who is originally from Egypt, filed a complaint with the Maine Human Rights Commission alleging Dave Nazaroff, president and founder of The Penobscot Company, and his employees directed racial slurs and other harassment at Elbarbary and prevented him from praying on the job site.

Elbarbary said he asked Nazaroff twice -- once by text -- to make his employees stop harassing him, and that when he filed a complaint with the MHRC, he was fired.

The Penobscot Company includes among past projects renovations of the Knox County Courthouse, the Maine Judicial Branch, the Maine State Prison, and the Capital Judicial Center in Augusta, as well as rehabilitation of the Union Hall in Rockport and additions to Belfast Area High School and Brewer High School.

Nazaroff denied the discrimination, according to a report by a MHRC investigator, and said Elbarbary was fired because he was "confrontational and disruptive on the job site, made threats against ... employees and other subcontractors, and performed work outside the scope of his contract."

The Maine Human Rights Commission voted April 12 to approve a consent agreement including that recommendation.

Crossman wrote in a finding of fact that Elbarbary prays at set times during the day and has a "recognizably Arab accent," and had told people at the site including the president that he is from Egypt.

Although company officials including Nazaroff denied knowing Elbarbary's religion and denied seeing him pray at the job site, Crossman found that Nazaroff told him he could not pray at the site because it scared other employees and subcontractors.

The job superintendent "asked ... why his people killed journalists and reporters," Crossman wrote, and "another employee who was a former U.S. Marine used a racial slur."

Elbarbary wrote to his state representative twice but said he never received a response.

On Nov. 15, 2019, two days after Elbarbary sent a text to Nazaroff asking him to make his employees stop calling him derogatory names, company officials shut down the job site after seeing Elbarbary praying, and then called law enforcement to remove him from the site, the investigator reported. The next day, he was fired.

The company told the investigator that Elbarbary was "confrontational" and "disruptive," often seemed "agitated," and was "always recording interactions on his cell phone."

The investigator found that Nazaroff and other employees violated the law and allowed other employees to do so, interfered with Elbarbary's right to be free from harassment, created a hostile work environment, and failed to take action when he reported employees were making racist comments. In fact, he wrote, officials "appeared to endorse them with its own actions." They also unlawfully failed to reasonably accommodate the religious practices of an employee, the investigator found.

The investigator found that Elbarbary reported to the president twice that the project manager and superintendent were preventing him from praying on the job site.

"This general resistance to being allowed to pray that complainant faced is interference with his right to practice his religion as protected under the MHRA; because Complainant is Muslim, has an Arabic accent, and generally looks like he is from the MENA region, it is also interference with his right to be free from discrimination on the basis of color, national origin, and ancestry," Crossman reported.

He recommended the commission find reasonable grounds to believe the company had retaliated against Elbarbary because three days after Elbarbary sent a text to Nazaroff, he was fired.

Elbarbary and Nazaroff both declined to comment for this story.

As is standard, the MHRC will invite Elbarbary and The Penobscot Company to try to resolve the dispute through conciliation, MHRC Executive Director Amy Sneirson said. If a settlement cannot be reached, Elbarbary can sue in superior court.