Sandrine and her family along with 150 others, arrived in Portland earlier this week. She says the journey was long and dangerous -- but none of that matters now. 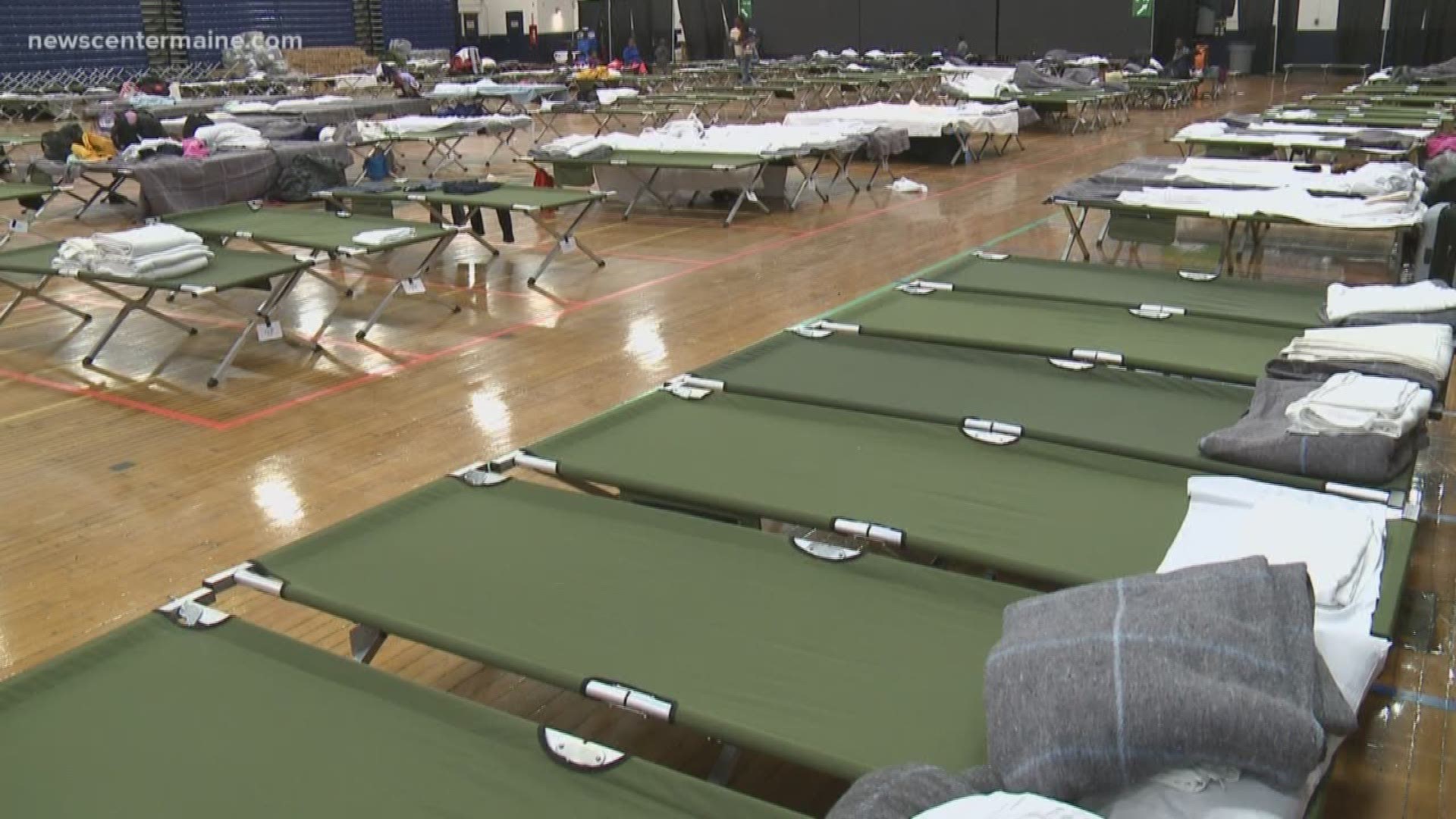 PORTLAND, Maine — When you enter Portland's Expo center, you are greeted by a sea of cots, dozens of children playing, and a handful of people brave enough to share their story.

Sandrine from Cameroon is one of those people.

RELATED: 'It was completely unexpected': 96 asylum seekers arrive in 3 days

She didn't want to give her last name or have her face shown but she was willing to recount the more than 10,000-mile journey it took to get her family from her home in Africa to Portland, Maine.

"There is no freedom there," Sandrine said as she held her infant son close on her lap. "We are being asked 'why are you fleeing' -- we're fleeing because we have nothing, there's only war back home."

Like many others seeking asylum here, her journey from Cameroon to the United States was not simple. With the help of an interpreter Sandrine recounted what forced her family to leave everything they knew behind.

"There's war and there's misery," Sandrine said. "There are no schools, there are no hospitals, they have been burned down."

She says she's seen mothers shot and killed while holding their children. Families searching for loved ones believed to be kidnapped. She says a lot of children hide in the woods because their parents have been killed and their homes have been burned down.

So, they started walking.

"There were days we didn't get any food or went without washing -- we had to sleep on the forest floor," Sandrine said. "We couldn't carry much so we left everything behind."

Sandrine and her family spent weeks walking through the forests of Africa. Once they reached Nigeria, they had to wait to get a flight out to Central America.

From there, they walked again.

Only this time through the jungle and tropical forest, crossing rivers and any other obstacles in their path until they reached the U.S. southern border -- eventually boarding a bus to Portland, Maine.

"We would like to have our papers as soon as possible so that we can work," Sandrine said. "Because we do want to work -- we don’t want to be just coming here to sleep, no, we want to get up in the morning and go to work."

There are now more than 150 asylum seekers who have arrived in Portland since Sunday; with another bus full of people on the way, that number is expected to get even higher.

Many of them are being housed temporarily at the Portland Expo because other city facilities are full or overflowing already.

Governor Janet Mills is set to meet with Portland city officials Friday to discuss how and if the the state will be providing any funds to assist.

"I'm very very thankful for everything that you've done for us."

She says it's not just the hospitality she's thankful for, but the opportunities Maine will bring to her family, especially her baby boy.

As the city officials in Portland work to provide Sandrine and others with everything they need, she says what they have now is more than she could have hoped for. Going on to say she can't wait to see what the future holds.

"We are going to start over and we're going to start a new life," Sandrine said. "We're happy to be here, we love the United States and we are really thankful and really happy for everything that you do for us."