If passed in full, this bill would allow terminally ill individuals who are at least 18 years old to request medication from a physician to end their life. 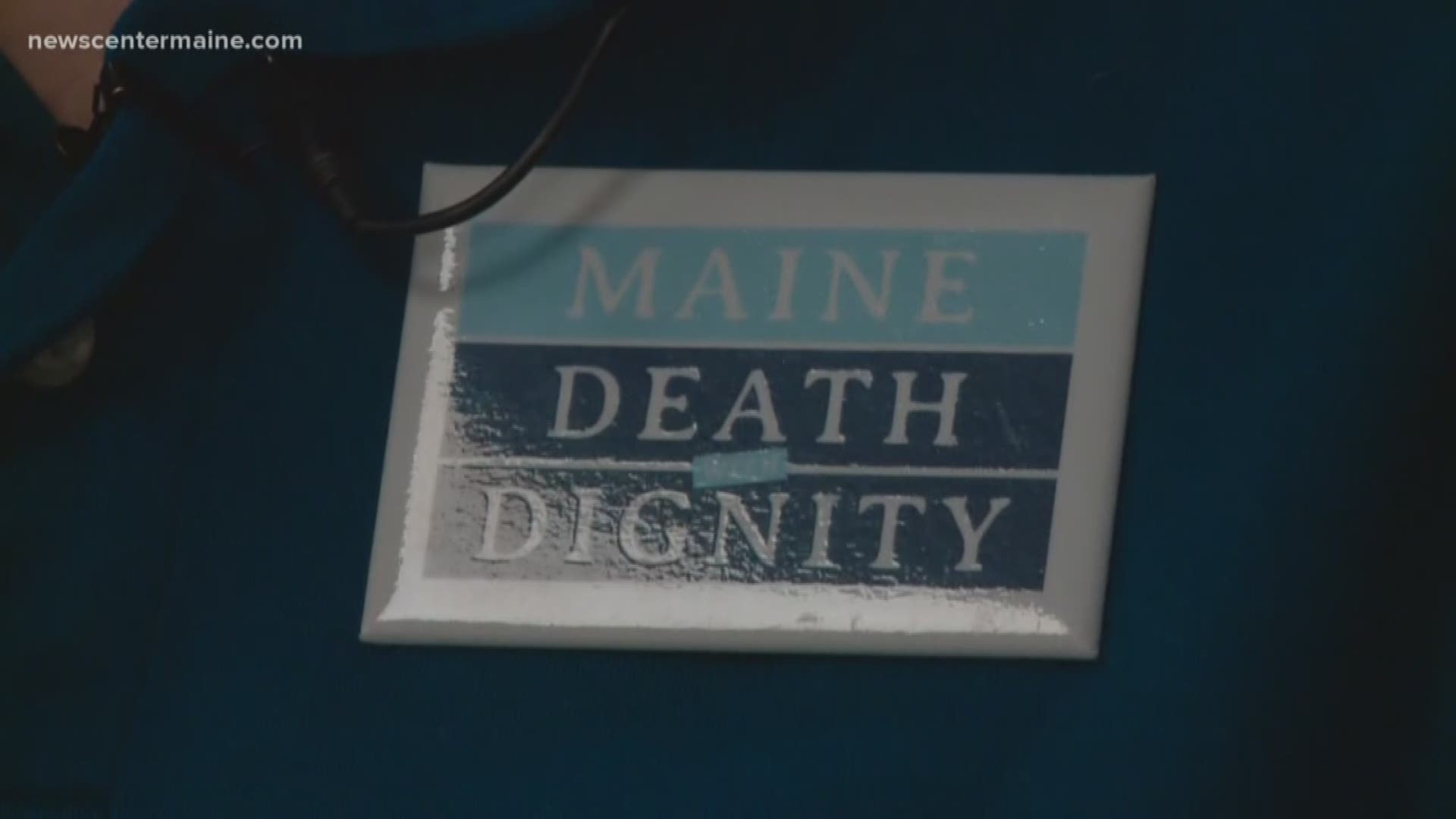 AUGUSTA, Maine — The Maine House narrowly passed a bill on Monday that would establish a 'death with dignity' policy in the state.

The vote crossed party lines, both Democrats and Republicans voting either for or against the bill, according to the Portland Press Herald. 11 lawmakers were absent.

If passed in full, this bill would allow terminally ill individuals who are at least 18 years old to request medication from a physician to end their life. 'Terminal disease' is defined, in this case, as an incurable and irreversible disease that would result in death within six months.

The procedures for such a request include two waiting periods, one written and two oral requests, and a second opinion by a consulting physician.

RELATED: Bill for terminally ill to get life-ending meds moves ahead
RELATED: 'Death with Dignity' issue back in Legislature

Patients who want to take the medication would be required to undergo psychological examinations to determine whether they are depressed or have a mental health condition. If they do, they would have to be treated, and medication to end their life would not be prescribed.

The bill also says it would be considered a Class A crime to alter, forge, or coerce a person's request for medication.

Similar bills have been defeated twice in recent years in Maine.

Supporters say they believe most Maine people would like to decide for themselves when, where, and how they will die. Opponents, however, say there are alternative ways to help those who are suffering and that a time of pain is not an optimal time to make such a decision.

According to the Death with Dignity site, if the bill is passed, Maine would become only the eighth region in the U.S. (following six states and Washington, D.C.) with a similar law. Oregon was the first state to pass such a law in 1997.

This bill faces further votes in the House and Senate.