Home inspectors unregulated, unlicensed in Maine as thousands move to the state and buy houses 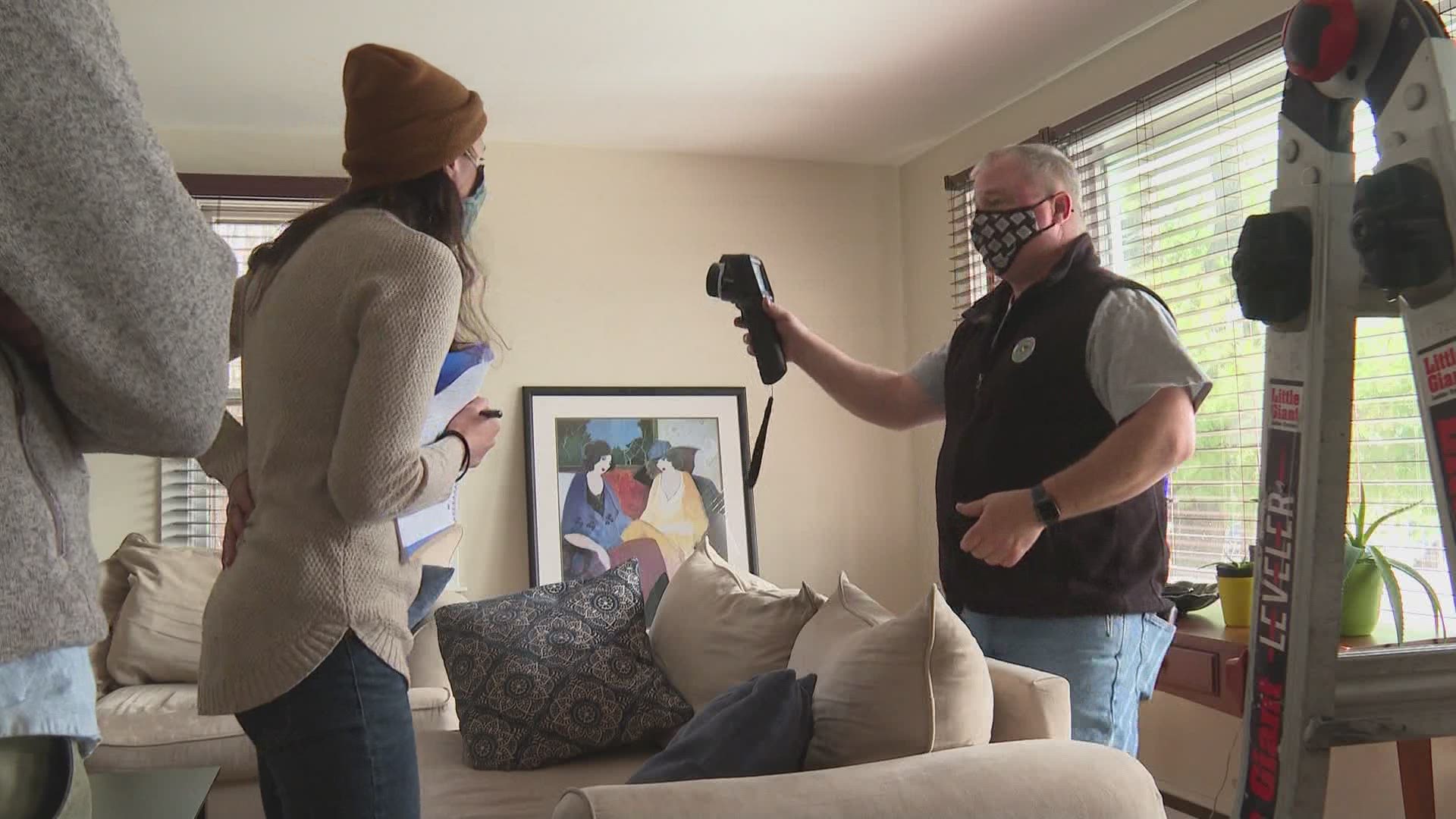 PORTLAND, Maine — In 2020, nearly 6,000 people moved to Maine to buy homes, according to data from Maine Real Estate Information Systems.

The real estate market is flooded with buyers, but not so much with supply. Homes are going for tens of thousands of dollars over "asking price," and many of those winning offers are in cash.

To make themselves even more competitive in this already-frenzied market, many buyers are waiving normal contingencies, including home inspections, an action homebuyers are used to requiring before purchasing a home so they can be prepared for any expenses, such as replacing appliances or structural issues, which can cost thousands of dollars.

But in Maine, home inspectors are not licensed by the state. There is no regulation for home inspectors. The only recourse for a consumer comes in the contract they sign with the inspector.

MOVING TO MAINE: 'IT'S JUST A FRENZY'

In #maine home inspectors are not licensed or regulated. On Thursday, we're diving deep into what that means for homebuyers, and talking to a home inspector in favor of regulation -- he offers tips for homebuyers on who to hire. @newscentermaine #home #realestate pic.twitter.com/7Vl7ucqErc

Those out-of-state buyers, particularly from more expensive markets, are outbidding Maine buyers, according to realtor Tina Lucas, former president of the Maine Association of Realtors.

"They're making it a lot more difficult for the Maine buyers who have financing -- that typical buyer that we've always worked with -- making it so hard and they are getting beat out time after time after time," Lucas said. "Of course we've seen competitive markets before, but nothing quite like this."

Lucas said inventory is also down, roughly 50 percent compared to "normal." That creates stiff competition as buyers place offers: those from more expensive markets have the cash in hand to make offers for tens of thousands of dollars over "asking price," offers that sellers would be crazy to refuse.

Jennifer Bravo and her family, including her husband, two daughters, and dog, live in Portland and have been searching for a home for six months.

She found what she considered her dream home, and got creative to make a strong offer: she rallied family members to help her pay cash, offered a quick closing, and waived a home inspection.

"I never expected to be in a situation where we said, 'yeah, let's get in that game. Let's put an offer in there,'" Bravo said. "We ended up offering a lot of money over with no contingencies and a quick close, and we didn't get it."

Lucas said many buyers are waiving home inspections to be more competitive, which she said can be a gamble.

"To waive an inspection and have a cash offer is really the gold standard," said Brit Vitalius, of Vitalius Real Estate Group. "It basically means, 'I'll see you at the closing, you don't need to think about this again,' and those are hard to compete with, but to do that you are taking on more risk."

"If you're at the top of your budget, and you waive it and you don't know what you're doing, it's a little scarier. It's a lot scarier," Bravo said. "We're not willing to overspend on a house right now just because that's what the market is calling for. We're not there. We can't afford to do that." 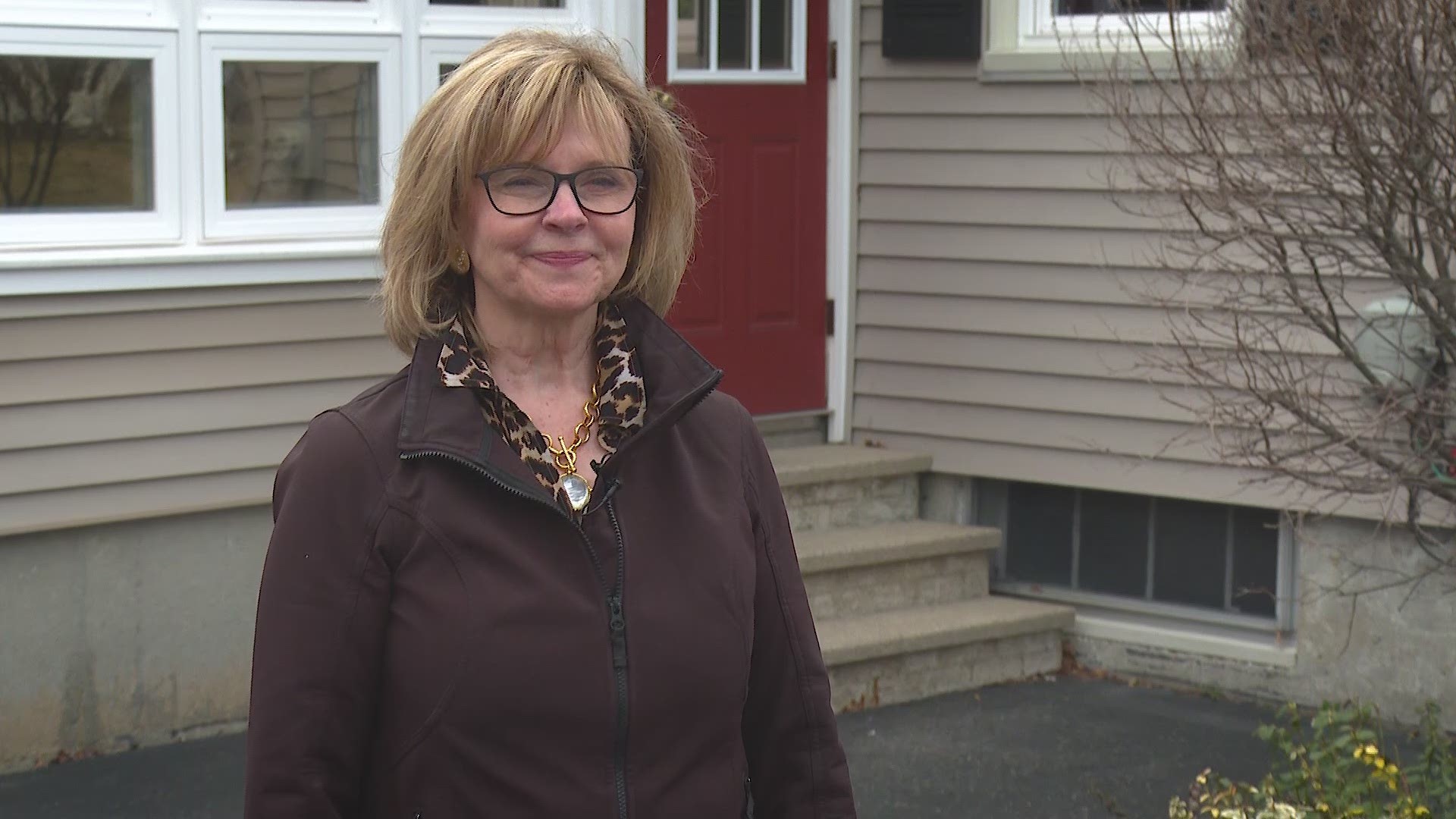 'ANYONE WITH A BUSINESS CARD'

The state of Maine does not license or regulate home inspectors.

"Anyone with a business card can become a home inspector tomorrow. It's that easy," said Kevin Hunt, a nationally licensed home inspector who runs Inspect Maine, LLC. "It also leaves a pile of consumers that aren't going to end up with a good product. They're going to hire someone for a home inspection that doesn't know what they're doing and in the end, it could cost them a lot of money."

Home inspections, historically, have been a critical part of the home-buying process. They can alert buyers to potential costs that could pop up with weeks or months of owning the home: leaking roofs, failing appliances, or some structural issues.

"It's going a little more in-depth than just a couple of the outlets and the windows work and off you go," Hunt said. "There could be electrical issues, all kinds of things that are just going to pop up and end up bleeding them financially."

"There [are] just all these unknowns that without an inspection, you would not have any idea about that," said Lucas.

Hunt is certified by ASHI, the American Society of Home Inspectors. Part of that certification means Hunt is required to meet certain education standards, including continuing education to maintain his certification. He also must have performed more than 250 paid inspections.

"That means I've been out in the field. I'm doing this every day. I'm working with homeowners. I've built that referral with agents. They like or know what I'm doing, and they know I'm thorough," Hunt said.

There are other organizations for certifying home inspectors, including InterNACHI, the National Association of Certified Home Inspectors.

State lawmakers have tried to address this a few times... most recently, the last session, in Spring of 2020.

A committee asked the Department of Professional and Financial Regulation to conduct a "Sunrise Review," essentially gathering information to determine two major points:

1. Is there a public safety risk by not licensing inspectors?
2. How much would it cost the state to implement this?

The bill died in Committee after that Sunrise Review was finished, which means lawmakers would have to reintroduce the bill, but not complete a new sunrise review.

Lucas, former president of the Maine Association of Realtors, said the organization has been trying to get some type of legislation passed for years. The big question remains: 'how would the state license inspectors and hold them accountable?'

"What are the courses that they would have to take? What kind of action? what kind of regulation?" said Lucas. "You need a whole other oversight department to keep an eye on that."

Hunt and ME CHIPS are in favor of legislation that gives the state clear criteria to hold inspectors to a standard of practice.

"There's not enough regulation or disciplinary action if you don't follow the guidelines. Who's to say you go and pay the fee to get a license and you make a mistake or error? How is that dealt with?" said Hunt. "It's both sides of the coin: nobody likes to be watched all the time, but on the other hand, it would be nice to have a confident standard to work with."

Right now, homebuyers must rely on inspectors' credentials, online reviews, and the referral from a real estate agent when using a home inspector.

"To have some idea, some way for them to research and get some information about inspectors. The consumer would be the winner for sure," Lucas said.

INSPECTIONS ARE NOT FOOLPROOF

While home inspections can be beneficial in preparing homebuyers for additional costs, they may not catch every defect.

A spokesperson for the DPFR notes it is "an objective visual inspection."

"An inspector most likely would not be liable failing to discover hidden defects and conditions. Home inspections by certified home inspectors depend in large part on an inspector’s judgment and experience in the field," deputy to the commissioner Joan Cohen wrote in an e-mail.

Cohen said home inspections do not typically include specialized areas such as tests for radon, mold, drinking water, septic systems. For inspections that include those types of evaluations, generally, a buyer would hire a person with specific expertise to look at the property.

Part 2: Home inspectors in #maine are not licensed or regulated by the state. How do consumers know when they've hired a good one? What recourse does a consumer have if the inspector misses a defect or condition? #realestatemarket @newscentermaine pic.twitter.com/7h3ZWcmP2W

Buyers should ask the inspector about:

"Are there things that we can't see? Absolutely. Do we mention that? Most likely?" said Hunt. "We're here to make sure the home they're buying isn't going to hurt them."

He said consumers need to do their homework on who they hire.

"You're spending a lot of money on a house. Make sure you get a professional to cover your back," said Hunt. "The cost of the home inspection versus the 30, 40, 50,000 over asking -- the few hundred dollars they're paying for an inspection is a drop in the bucket for a little peace of mind." 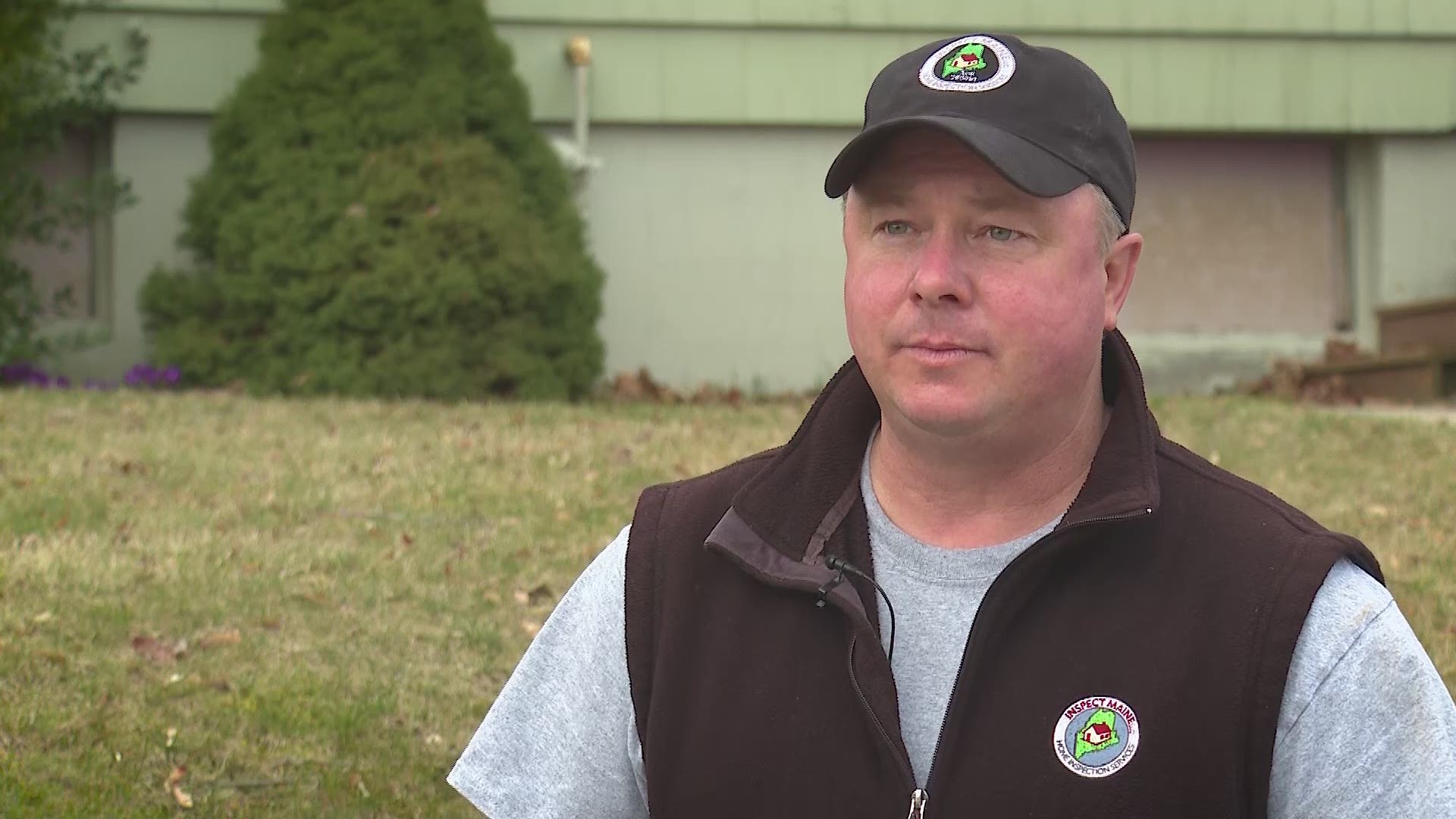