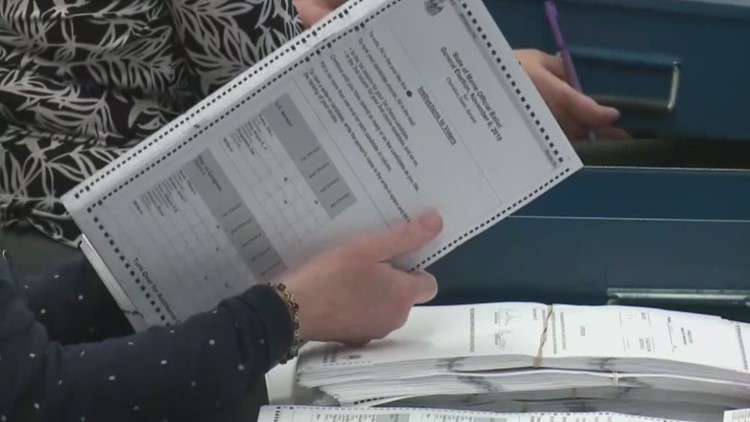 Maine gets closer to ranked choice voting in presidential elections

AUGUSTA, Maine — The state of Maine is getting closer to ditching presidential caucuses for a primary system -- that would likely implement ranked choice voting.

On Wednesday, June 19, the Maine Legislature passed two bills. The first, L.D. 1626, was submitted by Sen. Louie Luchini (D-Ellsworth) and is designed to establish presidential primaries in the state.

Presidential primaries were enacted almost three years ago following the 2016 caucuses -- but since the law was not funded, it was automatically repealed. If signed into law by Gov. Janet Mills, Luchini's bill would reestablish presidential primaries.

Also on Wednesday, the Maine House joined the Senate in passing L.D. 1083, "An Act To Implement Ranked-Choice Voting for Presidential Primary and General Elections in Maine".

Sponsored by Senate President Troy Jackson, this bill is designed to establish the use of ranked choice voting in presidential primary elections in Maine. It would also require that ballots cast for presidential electors during the general election use the ranked choice method, as well.

The Associated Press reports that this bill is still awaiting a final vote in the Senate.

If Mills signs both bills into law, Maine would be the first state in the U.S. to use ranked choice voting for presidential primaries and elections.

According to the Committee for Ranked Choice Voting, this process allows voters to rank candidates on their ballots. If one candidate receives an outright majority of voters' first choices, her or she wins. If not, the candidate with the fewest first choices is eliminated and voters who liked that candidate the most have their ballots counted for their second choice.

The Committee says that the process gives Maine voters more of a voice and choice in elections, but those opposed to it say it is unconstitutional.

The bill awaits signature by Gov. Janet Mills who has not yet made clear where she stands on the issue.