A 41-year-old Oregon man was reported missing on Tuesday; his kayak was found floating overturned on Swan Lake 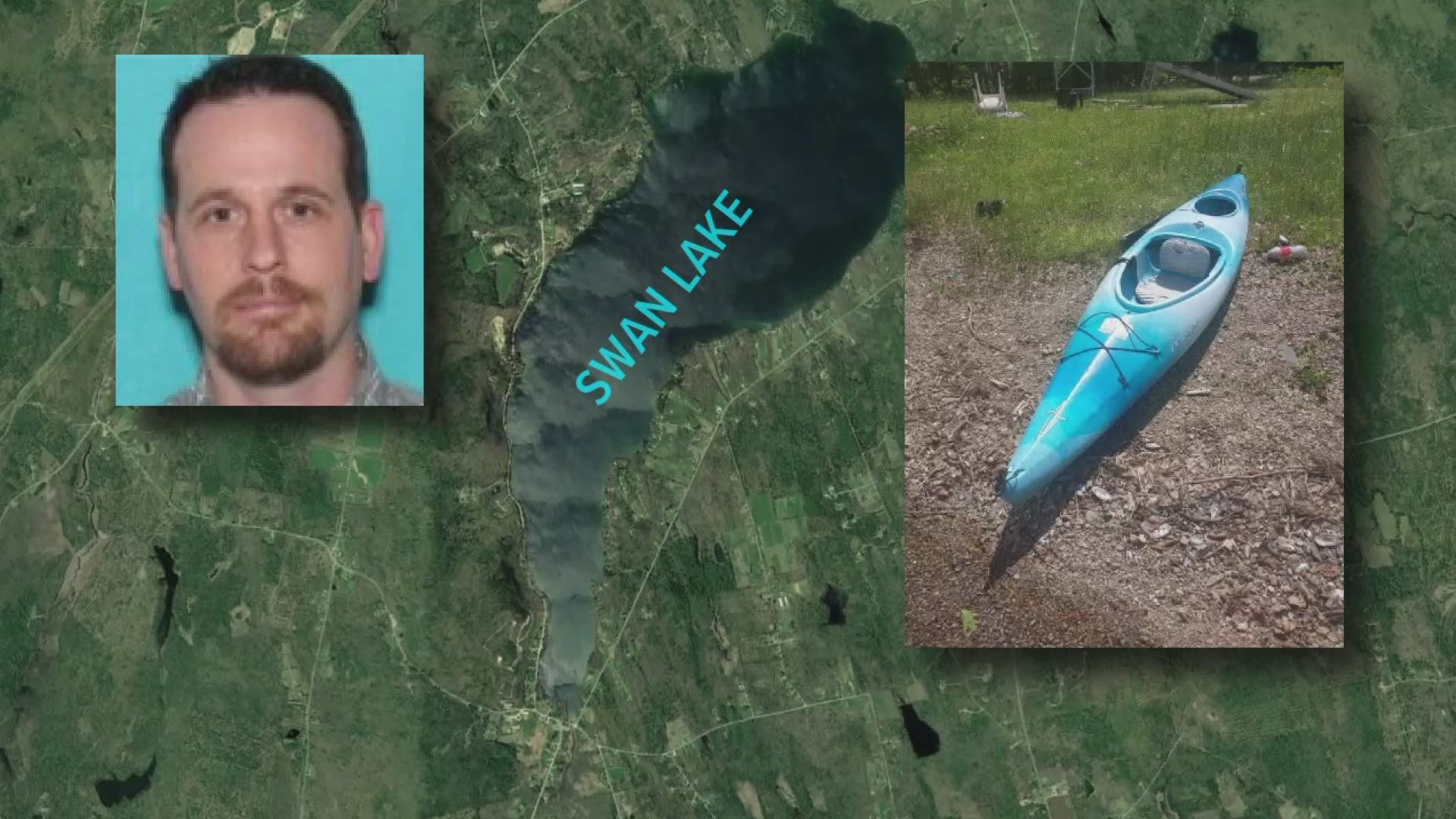 SWANVILLE, Maine — Game wardens are responding to yet another potential drowning.

Mark Latti, spokesperson for the Maine Department of Inland Fisheries & Wildlife said Wednesday that Game wardens are using sidescan sonar in the area of Swan Lake where a camp owner found an overturned kayak and some personal belongings.

Latti said game wardens and the Waldo County Sheriff's Office worked together to locate a local camp owner who had seen a kayak, which was later traced back to Friedrich, floating upside down on the lake Sunday morning.

The man's vehicle was found at the Swanville Boat Launch. Currently, the warden service dive team is searching an area approximately a half-mile north of the boat launch on Swan Lake.

Thursday morning, Latti said game wardens were still searching the water using sonar to scan the bottom, which he said will continue through the day.

There have been five deadly water incidents in the past four days in Maine.

On Sunday, a man in his 30s drowned in the Saco River in Buxton. The next day, a 13-year-old girl was rescued from Cherry Pond, and died a day later. Also on Monday, two men, ages 19 and 21, drowned in Messalonskee Lake when the boat they jumped from drifted too far away from them, and a 34-year-old fisherman's body was recovered near Johnson Island in the Medomak River Tuesday morning.

"It's a difficult situation for everyone," Latti said at the scene of one of the drownings.

U.S. Coast Guard Northeast Commander LuAnn Kehlenbach said it's not completely safe to be swimming in lakes or the ocean this time of year because the lakes and oceans haven't quite warmed up yet, even though the air temperature has.

"The water is so cold you can expose yourself to something called cold shock," Kehlenbach said.

She added that because the water is still so cold, limbs can stop working and people get tired faster when you're swimming in lakes or in the ocean.