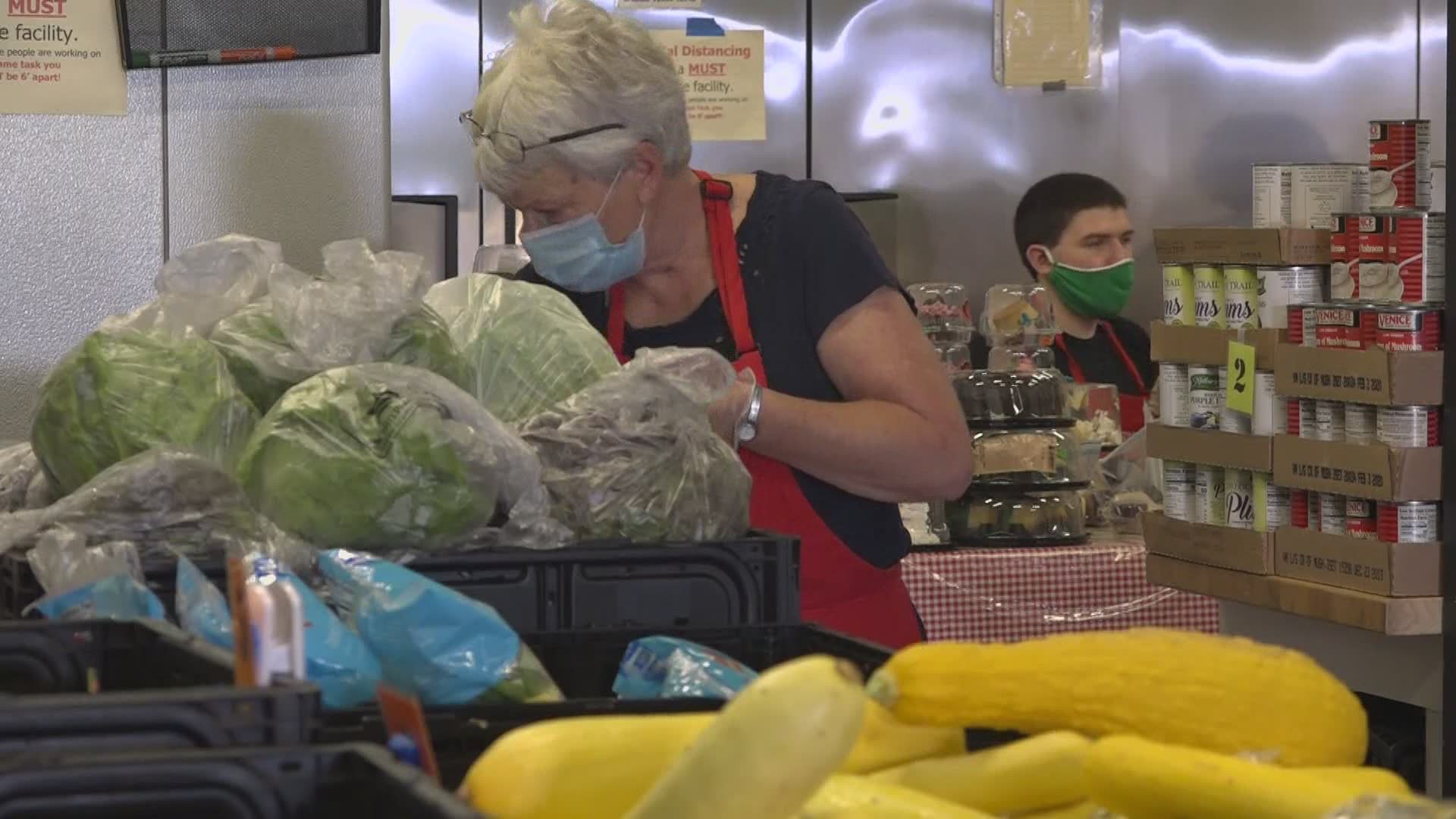 SOUTH PORTLAND, Maine — Food pantries across Maine are reporting a sudden increase in demand after the extra $600 weekly unemployment benefit under the federal CARES Act expired.

The spike comes as many distribution centers are struggling to get volunteers to staff to help get food to those who are considered food insecure.

“It started to spike and we’re going to see it spike even higher,” Executive Director of the South Portland Food Cupboard Dwayne Hopkins said.

The pantry experienced nearly a 60 percent increase over the previous week, according to Hopkins.

A team of staff and volunteers works seven days a week to allocate, organize, and distribute food to the community—a task made even more challenging amid the pandemic.

"This is what you do. You give back,” volunteer Alison Jacoby said.

Officials with Good Shepherd Food Bank, the state’s largest hunger-relief organization, said they have been bracing for the spike in demand for weeks.

"We're just starting to feel the impact of reduced unemployment benefits across the state and we'll really see in the couple of weeks what that means,” Erin Fogg said.

Good Shepherd is working to analyze the latest data trends over the last few weeks that appear to show an increase in some higher-income working families needing support, according to Fogg.

She said it may be similar to what happened in the 2008 recession.

One in five Maine children is food insecure. That alarming statistic is exacerbated with kids out of school and the current unemployment crisis.

Fortunately, the organization is equipped to handle the growing need.

"We are still preparing for the worst-case scenario to meet a heightened need for a longer period of time,” Fogg said.

In South Portland, those running the food pantry insist they will have the resources to meet the demand, it is just a matter of finding them.

What will really make a difference is whether they can continue to safely operate and keep a strong team of volunteers.

"There's no reason for people to be hungry, quite honestly,” Hopkins said.

To find a local pantry near you visit feedingmaine.org.