Patrick Moore said his son was 'discriminated against' and the school failed to address bullying concerns. School officials say it's 'not simple.' 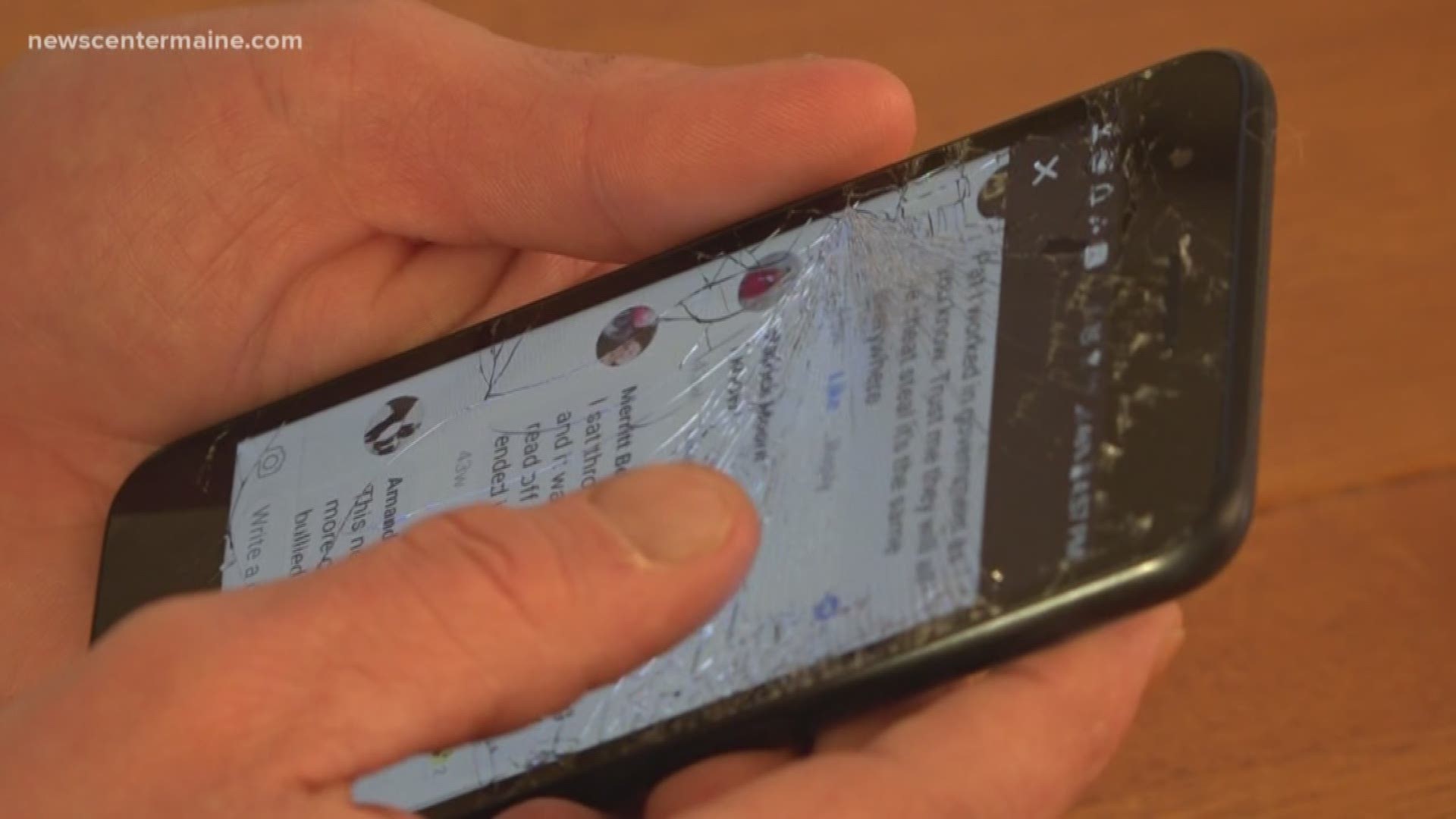 WARNING: Details in this story could be disturbing to some.

Two teens in Ellsworth were charged in connection with the suicide of another student this week. Police say it involved messages on social media.

More than 1400 instances of bullying were reported to the Maine Dept. of Education in the 2017-18 school year. 192 of those reports were classified as ‘cyberbullying.'

RELATED: Teens arrested in connection to bullying a peer to death

Moore has filed a lawsuit against the Gorham School District for what he is calling a ‘failure’ to act in addressing bullying his son faced last school year.

He said the issue has a lot of parents in town talking on social media.

"They don't want to go back to school or even worse hurt themselves,” one comment read as Moore scrolled through his phone.

The complaint filed by the Moore family details an incident in which his 12-year-old son reportedly face ‘threatening’ and ‘racist’ messages on social media.

The exchange between Moore’s son and another student at Gorham Middle School resulted in a physical fight that was capture on school surveillance cameras, according to court documents.

Moore said the school suspended both his son and the other student involved.

Moore’s son said that much of the bullying happens on social media apps like Snapchat.

"What they look like, if they're fat, if they should kill themselves. Yeah, that's happened to my friends before,” he said.

That is exactly why Moore is taking legal action—not just for his son.

"It's about any kids going to any school,” Moore said.

RELATED: 'We're here for each other': Maine middle school students walk out, unite against bullying

According to state statistics, 6 incidents of bullying were reported in Gorham during the 2017-18 school year.

The last time bullying was formally reported in the middle school was back in 2015.

"The word bullying automatically creates a victim and a perpetrator,” Gorham School Dept. Superintendent Heather Perry said. “Often issues around bullying in schools is not as simple as that.”

Perry detailed a long list of actions the school has taken over the last few years, including student-led initiatives, training for teachers and a re-vamped discipline structure that is focused on ‘restorative practices.’

She said the schools are focused on creating environments of ‘kindness and compassion,’ not just punishment.

“I think it creates a system of simplicity where it's not simple,” Perry said.

The latest Maine Integrated Youth Health Survey (MIYHS) in Gorham Middles School revealed 35.6-percent of students reported they “have ever been bullied on school property.”

70-percent of students reported they “felt like you matter to people in your community.”

Still, Moore said school officials are 'sweeping the issue under the rug.'

"They can say whatever the hell they want,” Moore said. “When my son comes home crying because someone is calling him ‘little black boy’ or ‘Ramen Noodle head.’ That hurts me."

The lawsuit is still in mediation, according to Moore.

1) Have the “cyberbullying” conversation.

Simply talk about what cyberbullying is and tell your child how they deserve to be treated.

Limit time on social media, never share passwords and only make sure your kids are only ‘friending’ people they know personally. Also, you CAN be friends with your child on social media.

3) Continue to be involved with your child’s online use.

Even in the day-to-day routine, stay tuned in to what your child is doing online and keep an open dialogue.

"I really don't know,” he said. “I just wish we could all get this problem resolved."