Ahead of a concert in 2019, rapper DMX picked up the tab on back to school shoes for the Cutchens family 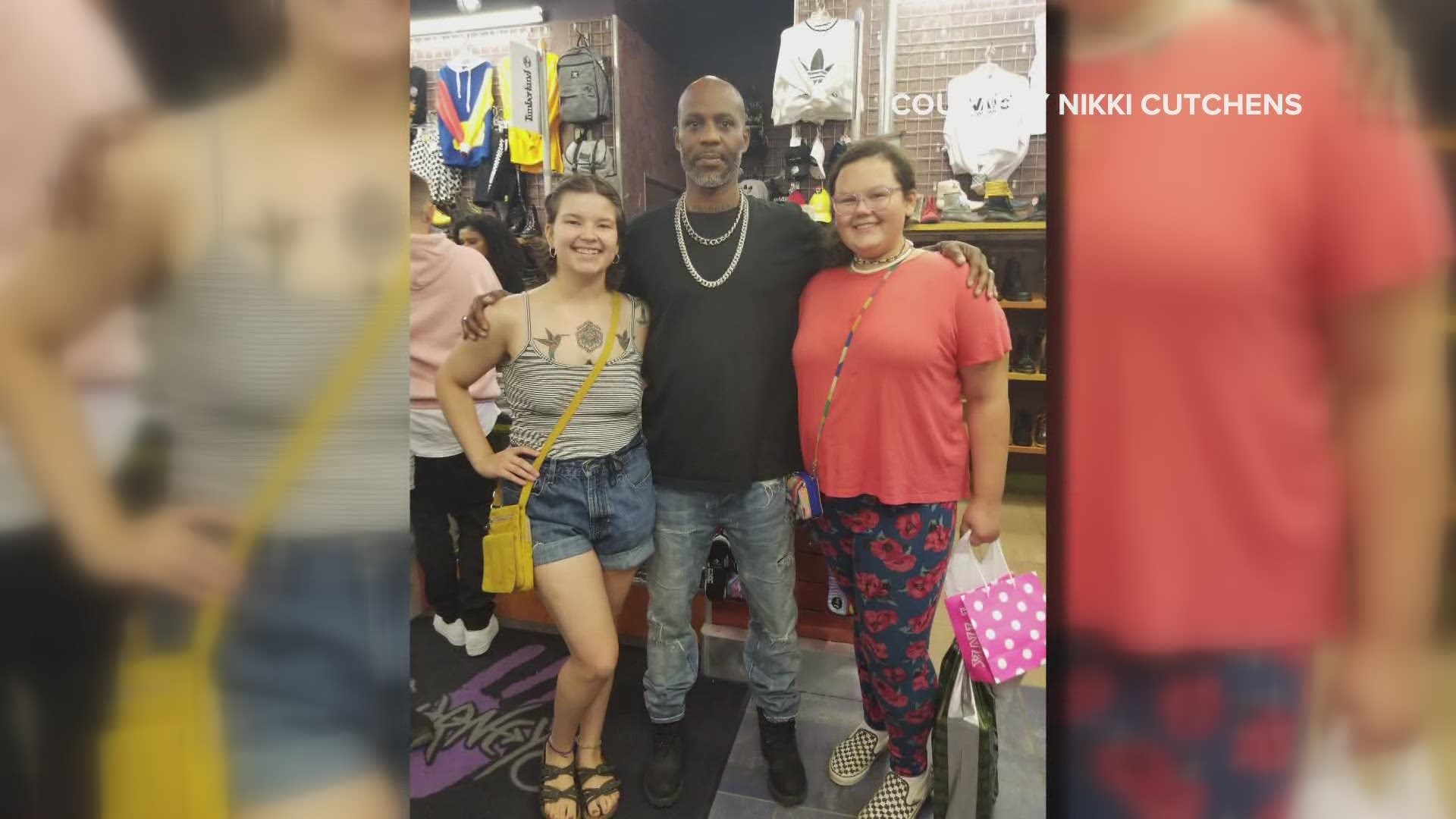 MAINE, USA — It's a memory that Nikki Cutchins and her daughters will carry with them for the rest of their lives. In the fall of 2019, Cutchins was with her two daughters shopping for sneakers ahead of the first day of school. That was when the most unsuspecting person offered to cover the cost of their new shoes.

"It was super exciting, and honestly I didn't want to accept it at first. I was super caught of guard. I mean nobody ever offers to pay for anything, let alone a super famous rapper. We're forever grateful to him," said Cutchins.

That person, was none other than famed rapper Earl Simmons, known as DMX.

"I didn't know who it was at first," said Cutchins daughter Grace Firley.

RELATED: 'My name is Earl, but people know me as DMX': Rapper pays for Maine family's shoes before show

This week we learned of the tragic passing of famed rapped #DMX. You may remember back in 2019 before a concert at @RockRowPavilion, DMX unexpectedly picked up the tab on back-to-school shoes for Nikki Cutchin's daughters. The family says it's a memory they'll never forget pic.twitter.com/ejZcLgytaN

Cutchins and Firley say that DMX told them, "my name is Earl, but people know me as DMX."

That was when Cutchin's jaw dropped and it all clicked.

A three-time Grammy Award nominee known for his deep, raspy voice and iconic bark samples, Earl Simmons' five consecutive No. 1 album debuts from 1998 through 2003 is a record among all recording artists in the music industry.

The rapper insisted on paying for the shoes, and took photos with the family. Now, just days after hearing the tragic news of his passing, the family who experienced his act of kindness is expressing sympathy.

"So so sad for him and his family," said Cutchins. "A lot of heartbreak."

The two say DMX's act of kindness is one they'll carry with them for the rest of their lives.