"Rest easy. We have it from here." 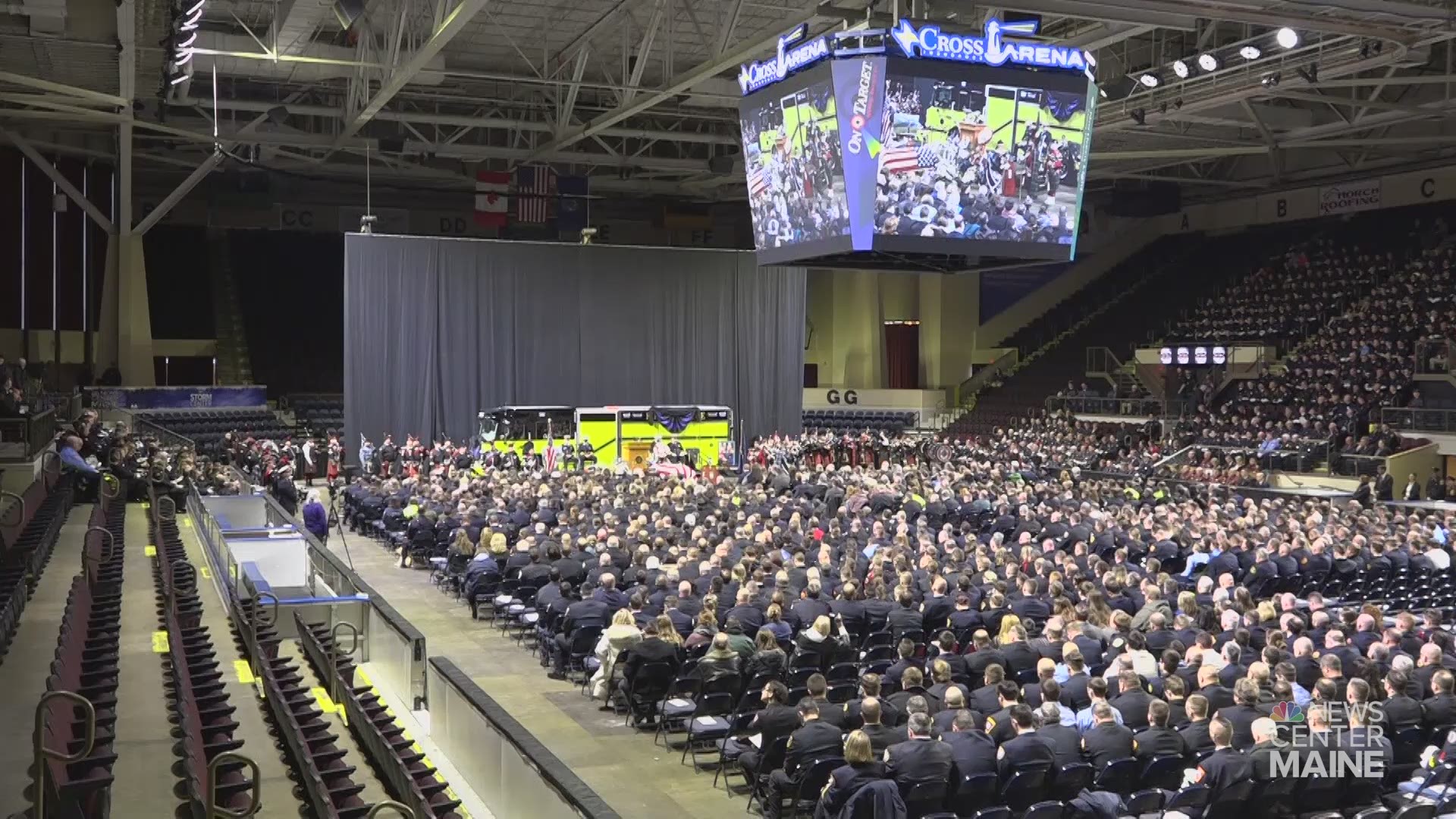 PORTLAND, Maine — The life and service of Berwick Fire Capt. Joel Barnes were honored Monday during a memorial service in Portland.

Capt. Barnes was fatally injured during a March 1 four-alarm apartment fire in Berwick in which he shielded a fellow firefighter.

During the memorial service, Barnes' last radio call was played. A Sanford dispatcher called out for Barnes three times and thanked him for his service.

The last radio call, or end of watch call, is traditionally done in memoriam for the funeral or services of first responders who die in the line of duty.

"We thank you for your dedicated service, leadership and friendship…Rest easy, we have it from here…Sanford dispatch clear."