With phase 4 in effect, restaurants and businesses hope people support them including for Sunday football games. 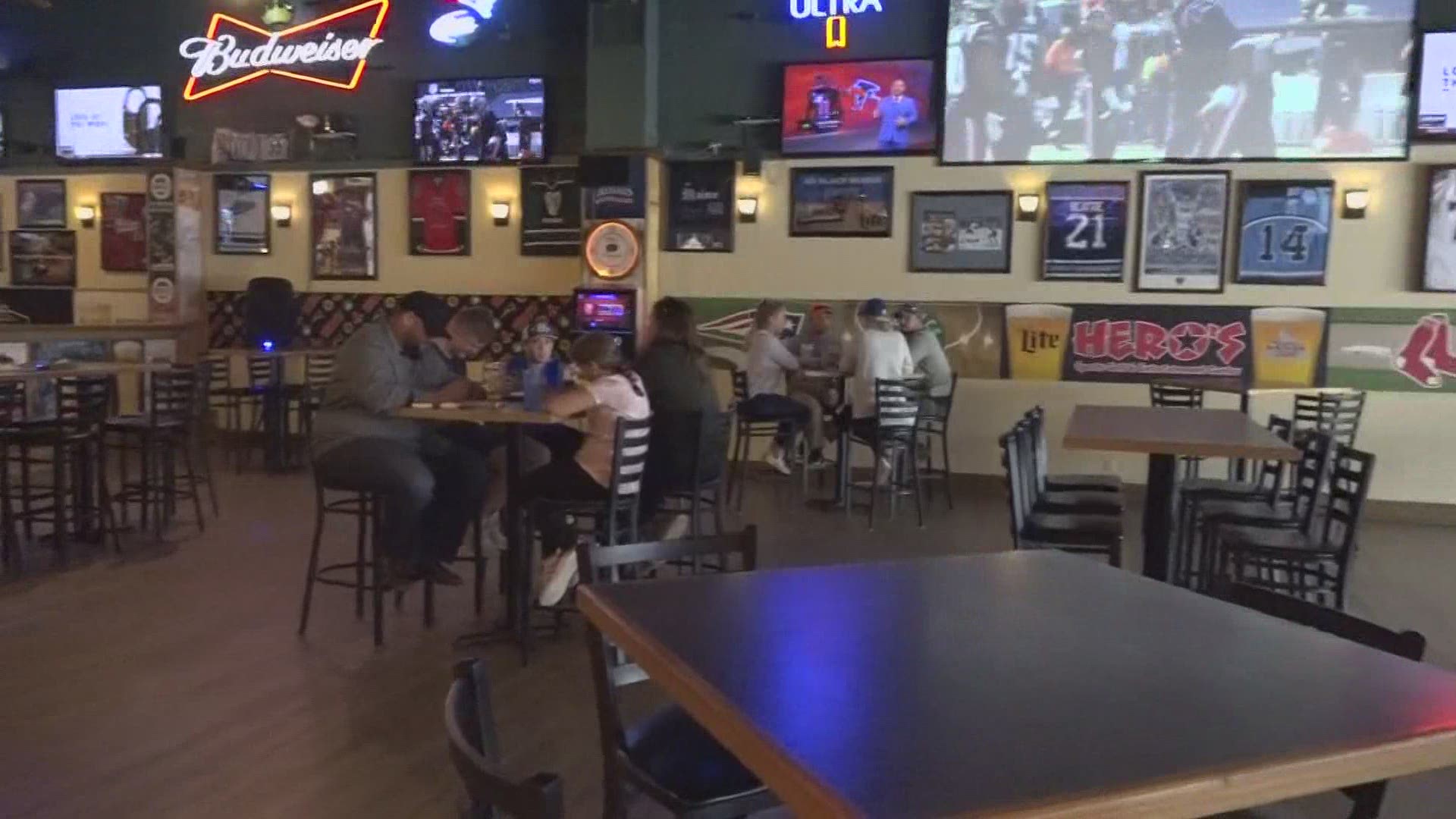 BANGOR, Maine — Even though sports are back on screens, atmospheres at restaurants and bars for Sunday football is not the same, including at Hero's Sports Grill in Bangor.

With customer numbers down, Paradis says the cost of running all NFL games and having the Sunday ticket wasn't an option at Hero's.

"We are limited to what we have on TV for sports. We are going off to what's on local channels," says Quinn Paradis, owner of Hero's Sports Grill. "With limited numbers in the building and the cost of having a Sunday ticket, unfortunately, we can't do it right now because of the price."

However, Hero's is one of the restaurants that benefitted from Maine's 4th reopening phase.

Stage 4 of restarting Maine's Economy allows the limit of indoor seating to be increased fifty percent capacity or up to 100 people, whichever is less. To learn more about Maine's 4th reopening phase click here.

NEWS CENTER Maine asked Mainers through Twitter and Facebook whether they were heading to a sports bar to watch a football game or staying home. Out of the responses received, 6% say they planned to go out and 94% planned to stay in.

We wanna know! 🏈 Sound off in the comments.

This year, some football fans are choosing to instead buy their favorite beer or drinks to watch Sunday football in the comfort of their own home.

Damon's Beverage is a retail wholesale liquor store in downtown Bangor. Matthew Murray is the retail sales associate at Damon's Beverage and says sales are up 20% compared to past years.

"A lot of new customers, a lot of new products, and we've gotten a lot of really good deals on stuff," says Murray.

"Last year we used to go out for the Patriots game, this year you can't, who knows when we will so it's just much more convenient at home," says customer Terry Weeks. "I am going to see Tampa Bay play Green Bay and I'm going to watch the Patriots against Denver."

Hero's hopes the business can survive this wave and is now mostly relying on take-out orders.

"They like the change of having their food at home or brought to them at home and that's the new way of having life," says Paradis.