The report suggests moving rail operations to the area of the former Union Station site near St. John and Congress Streets. 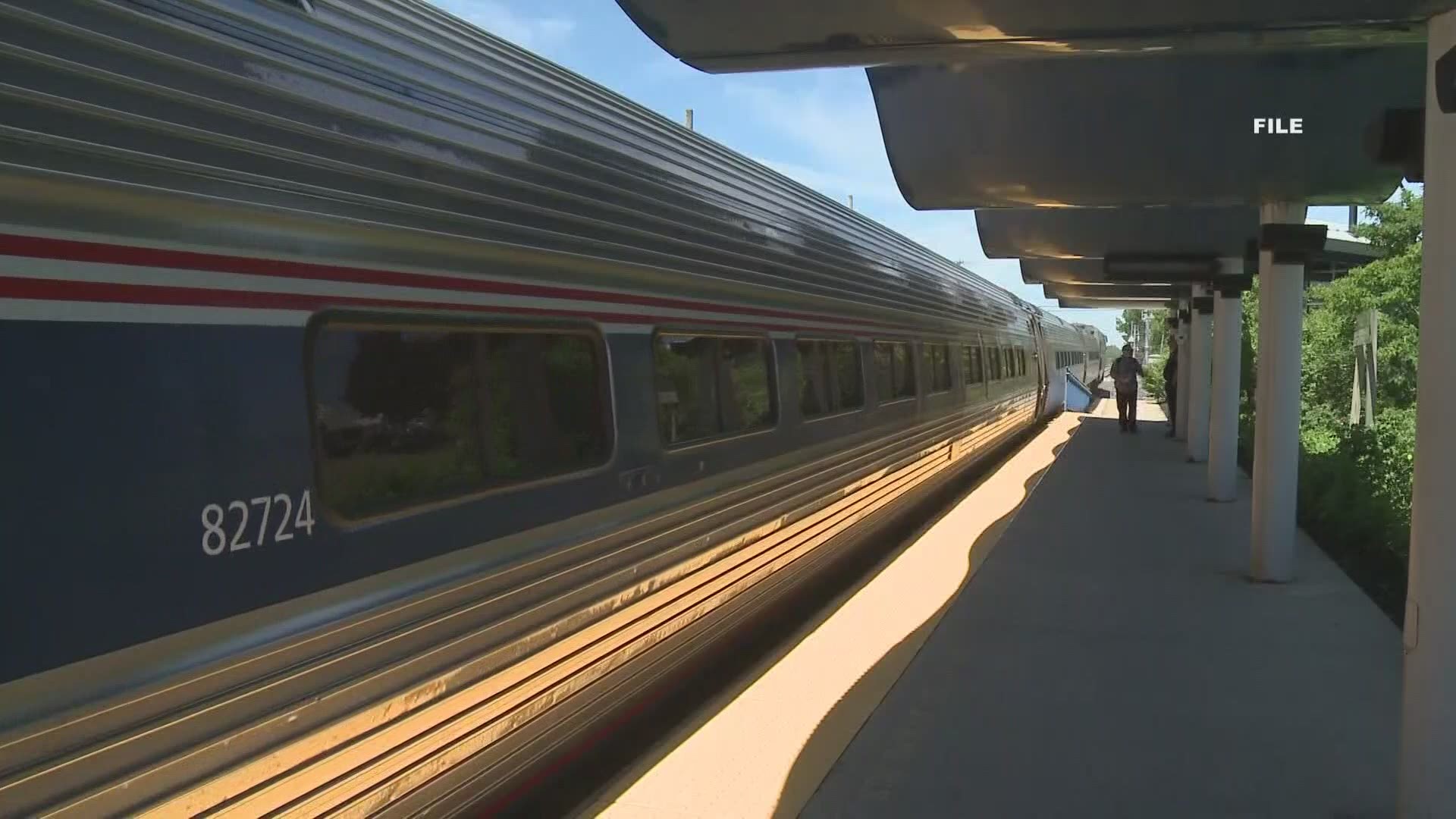 PORTLAND, Maine — One of Maine's largest transportation hubs could potentially be moving to a different location, but not a new one. In a new report, the Maine Department of Transportation recommends relocating Portland's Amtrak Downeaster station to a different spot in the city.

The Maine DOT recommends the site be relocated to an alternative site near Union Station, which was Portland's previous passenger rail station, located near St. John Street and Congress Street in Portland.

The Portland Transportation Center (PTC) currently located at Thompson's Point is currently in need of repairs, according to the report, as well as additional parking.

According to the report, "since the 2012 extension of Downeaster Service to Brunswick, the need to back trains into the existing PTC causes several minutes of travel time for train passengers traveling to stops north of Portland (Freeport and Brunswick) that could be 1 eliminated with a mainline rail terminal."

The report states that relocating the current Amtrak terminal could decrease travel times for rail passengers north of Portland by 10 to 16 minutes. Currently, trains have to move off of the main rail line to reach the Portland terminal.

The report also recommends keeping the current Concord Coach Lines terminal at the same location as Thompson's Point, with transportation between the two hubs.

The study has been conducted since the spring of 2019, and 13 locations have been considered.

The MDOT hopes by relocating the site, it would reduce emissions as well as increase ridership by roughly 58 people per day.

You can view a full copy of the report, as well as recommendations from the Maine DOT in an executive summary. You are also able to provide comments on the proposed project.

The Maine DOT now expects to further it's study on the proposed location at Union Station, examining things like cost and further feasibility.