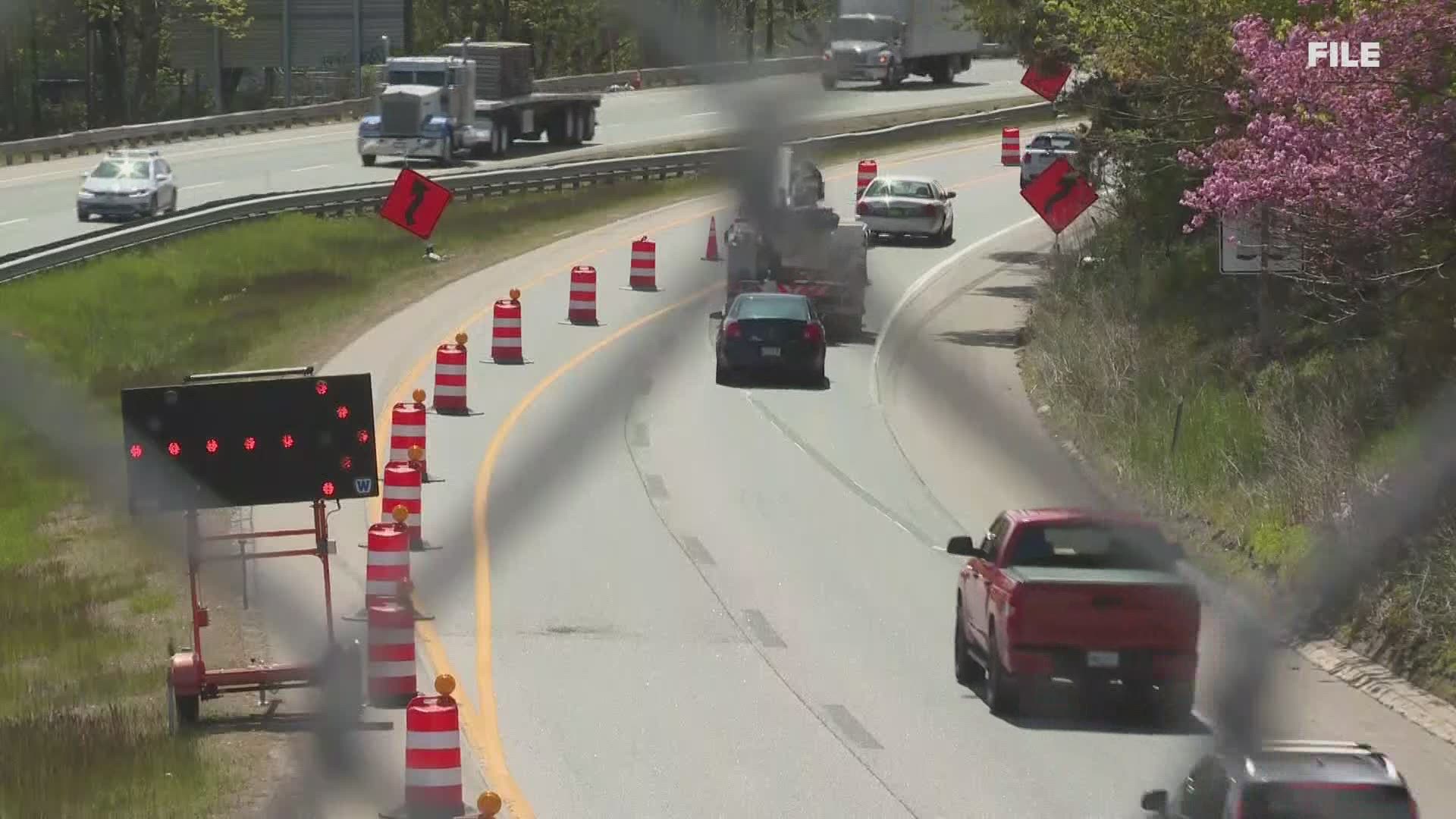 MAINE, USA — As Maine nears the beginning of winter, construction on roadways will soon be ending. Although the Maine Department of Transportation has been able to complete major projects amid the pandemic, the department is facing major budget shortfalls.

According to Maine DOT public information officer Paul Merrill, the department is bracing to take in $40 million less than expected by the end of its biennium in June 2021.

"We're bracing for a significant hit," said Merrill. "We've seen this coming, we know this is coming. Essentially the traffic data shows traffic dropped off a cliff, and it's come back, but it still hasn't come back to what it was this time in 2019."

The @MaineDOT1 is facing a major revenue shortfall amid the pandemic. But as we near the end of the construction, road projects have remained on schedule. DOT spokesperson @PaulMerrill207 says the they've had to think creatively and "MacGyver" it to make it work @newscentermaine pic.twitter.com/KiOIx6xU88

According to data from the Maine DOT, traffic levels have dropped by roughly 10 percent throughout the pandemic compared to 2019, following a major drop-off in March.

The Maine Department of Transportation sees about 36 percent of its budget, roughly $354 million, come from the highway fund. That draws money from a tax at the gas pump, which have been down significantly during the pandemic.

The MDOT has been able to keep current projects in 2020 on schedule, however. That's happened through utilizing daytime work, which is cheaper and now possible due to less traffic. The MDOT was also able to accelerate the usage of bonds funds for projects this year, that was originally slated to be used for future years.

The MDOT will now need to reassess its budget for future projects next year, and years to come.

"We're looking at, how we prioritize roads," said Merrill. "Some of those lower priority roads are going to potentially get less of a treatment than they would two to three years ago. We have no choice because just simply isn't there."

Merrill says however that the MDOT is not expecting budget challenges to impact snow removal whatsoever this year. He adds that snow removal and road treatment should look the same as any year prior, but the changes will be seen in how and where future road improvement projects take place.