The Maine Department of Transportation has officially denied PETA's request. 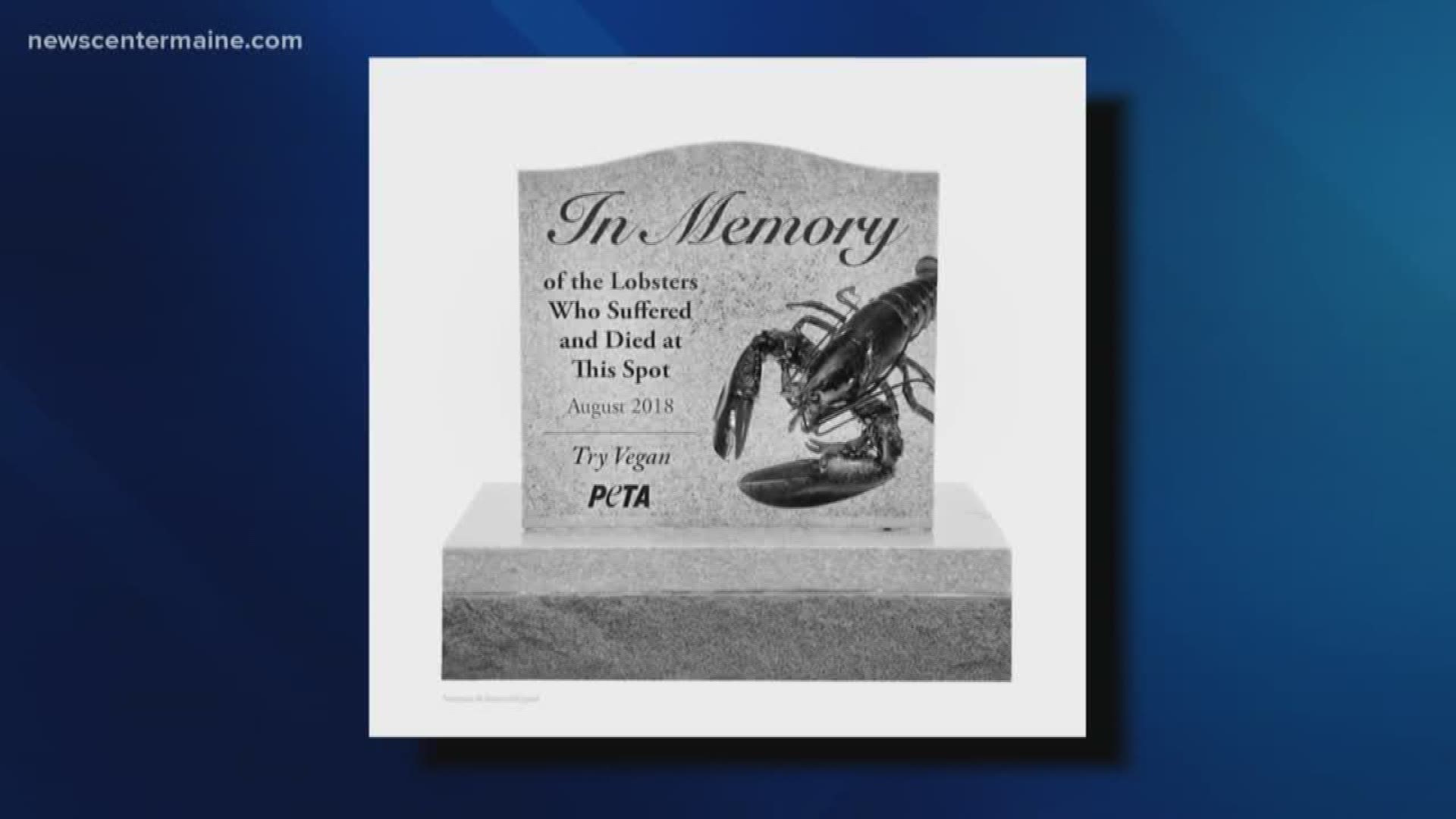 BRUNSWICK (NEWS CENTER Maine) — PETA's request to place a tombstone near the site of an Aug. 22 crash involving a truck carrying 7,000 lobster has been denied by the Maine Department of Transportation.

In a response letter written to PETA Thursday, Maine DOT said due to Route 1 in Brunswick being a "Controlled-Access Highway" – meaning it's controlled from development and prohibited of all forms of signs – the state agency had to respectfully decline the request.

"Control-of-access areas may have a very high volume of car and truck traffic as well as high speed limit," the MDOT letter reads, "that could create a potential hazard to motorists should development and signs be allowed in these sections."

Breaking: the Maine DOT has DENIED a request from PETA to put up a memorial tombstone for the lobsters that died on Rt 1 crash @NECN @NBC10Boston pic.twitter.com/NpFfR9ymLX

The animal rights organization said Wednesday it had asked Maine DOT for permission to build a 5-foot-tall tombstone along Route 1 in Brunswick to memorialize and urge passersby to "Try Vegan."

On Aug. 22, a Cozy Harbor Seafood Inc. truck transporting an estimated 7,000 lobsters packaged in 60-70 crates rolled over along Route 1 in Brunswick, sending many of the live crustaceans into the road and ditch. Police said hydroplaning likely caused the crash.

All lobsters were removed from the scene and many were deemed no longer sellable.

"Countless sensitive crustaceans experienced an agonizing death when this truck rolled over and their bodies came crashing down onto the highway," wrote PETA Executive VP Tracy Reiman in the organization's request letter. "PETA hopes to pay tribute to these individuals who didn't want to die with a memorial urging people to help prevent future suffering by keeping."

This wasn't the first time PETA had voiced its concerns over the treatment of lobsters.

In mid-July, PETA issued a statement praising China's tariff on US lobster and even delivered a gift to the Washington D.C. embassy office of the Chinese ambassador to the US.

It also posted ads inside the Portland Jetport with its campaign message "I’m ME, Not Meat."

PETA said an investigation of Linda Bean's Perfect Maine lobster company revealed that "live lobsters were impaled, torn apart, and decapitated, even as their legs continued to move." Switzerland earlier this year banned the practice of boiling live lobsters.