Dave Roy, 78, and Terry Roy, 79, were taken to the hospital. Terry remains in the hospital with seven broken ribs. 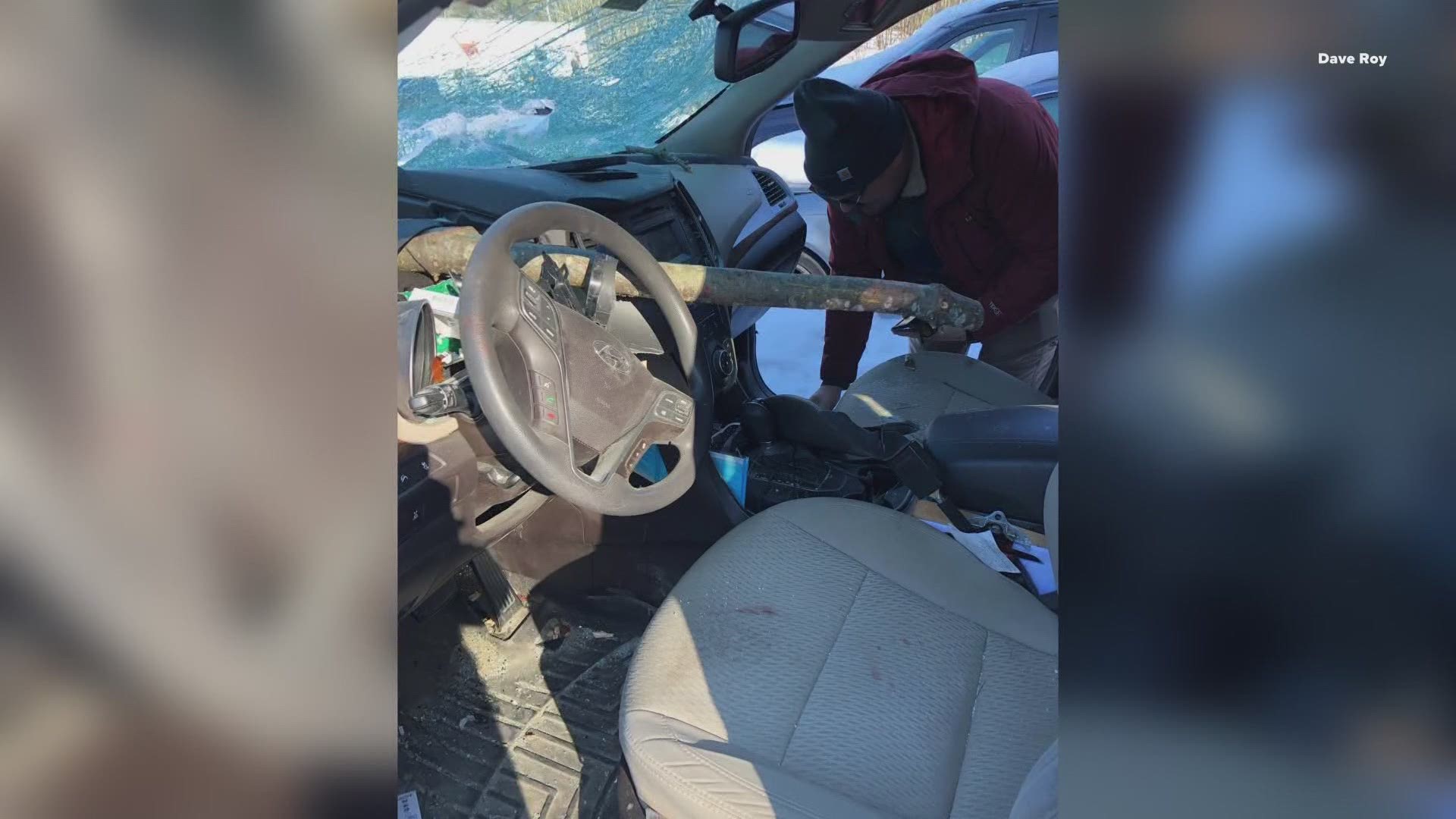 SIDNEY, Maine — Dave and Terry Roy were seriously injured after a large pine tree fell and crashed through the windshield of their SUV on March 2.

"Who the heck would ever think this could ever happen? I didn't have time to react to this, and all I can think of is I have got to get through this," said Dave.

Dave Roy, 78, said last week they were driving back to their home in Oakland when high winds knocked the tree onto their car.

"Something hit my shoulder. That limb was at an angle and it went into my wife's armpit underneath and cracked her ribs," he said.

"She was conscious. She handles pain well. It was amazing she handled it as well as she could. She couldn't move an inch," he said.

He said a passerby called 911 and they were both taken to the hospital. Dave said he was able to see his wife of more than 50-years through facetime earlier this week.

"She was fully prepared in good spirits, voice was much stronger than the day before," Dave said.

He said she had surgery Tuesday and has a long road to recovery. He is also keeping his spirits high.

"I've kept in touch with a lot of friends and managed to laugh a lot. That's helped. Laughter makes you better I think. I even laughed with my wife the last day I saw her. She was in that shape and so we could laugh and talk. That was a good feeling," said Dave.

Dave said their dog was also in the car but was unharmed. Dave is recovering at home. He said he does not know when Terry will be released from the hospital.

“All I can think of is I got to get through this.” Dave and Theresa Roy were seriously injured after a falling tree struck the vehicle they were riding in. Theresa broke 7 ribs and is in the hospital. Dave broke 2 and is recovering at home. Hear from Dave at 11. @newscentermaine pic.twitter.com/tMh4lS3ZNL