According to the town clerk, of the 8200 people in Cumberland, 6800 are registered voters and 48 percent of them are voting absentee. 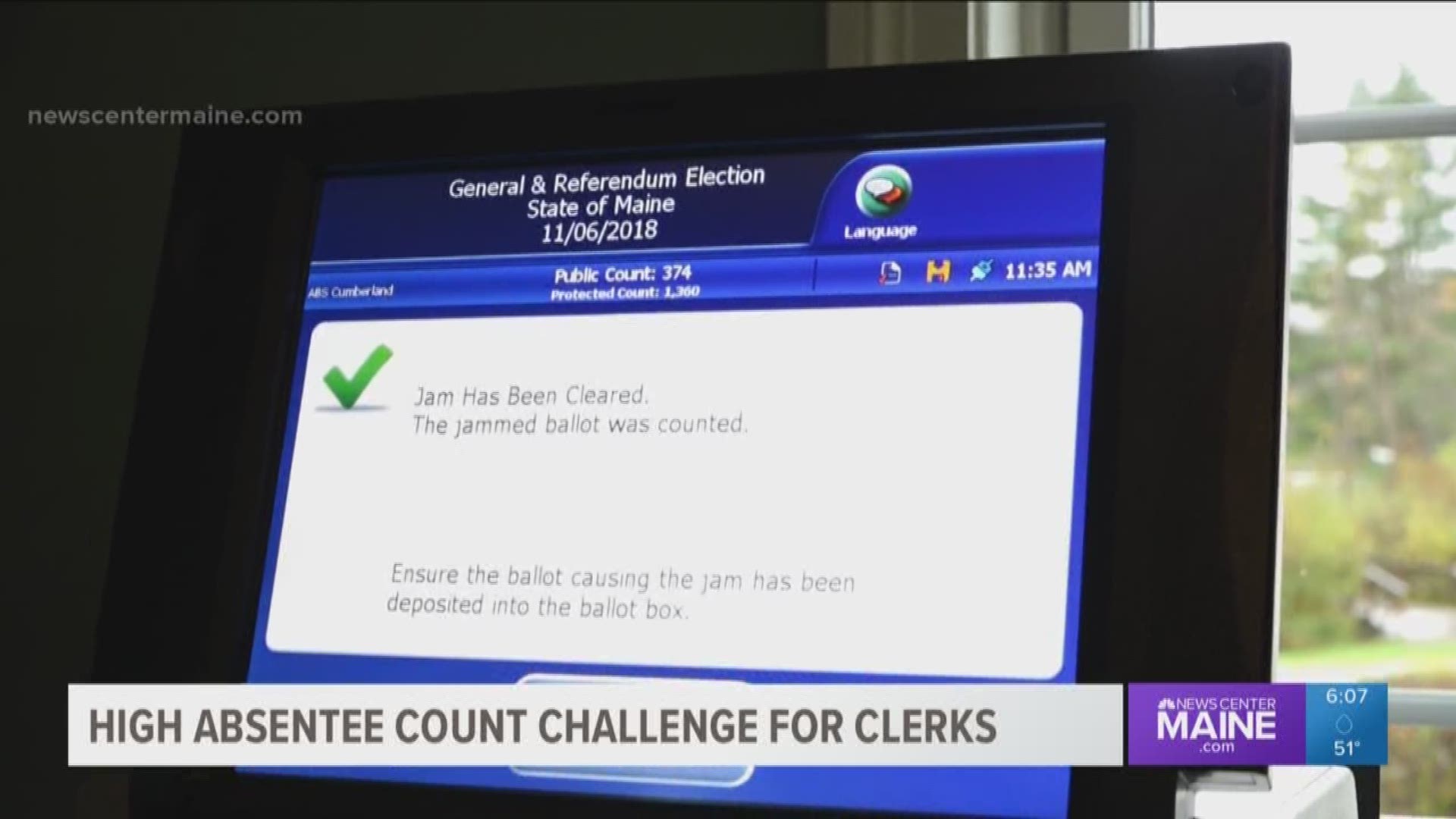 CUMBERLAND (NEWS CENTER Maine) – In Cumberland, a jammed ballot machine only slows progress for a second.

On Saturday, hands and ballots were flying at the town office and paper was everywhere.

Votes are being processed but no tabulated results from counting machines will be released until polls close.

“This is our world series and Superbowl, the November election,” said Cumberland town manager, Bill Shane.

His colleague, town clerk Tammy O’Donnell says of the 8200 people in Cumberland, 6800 are registered voters and 48% of them are voting absentee.

“Originally absentee voting was established for people who couldn't get to the polls on Election Day for health reasons,” said “They were going out of town now it's anyone can absentee vote.”

It’s more work for town officials but in Cumberland, absentee voting prevents long lines at the polls during elections.

“We really encourage people to vote absentee because the polling place, it's a very small place,” said Shane.

But counting a large number of absentee votes requires a lot of manpower.

O’Donnell told us staff schedules had to be changed and, on Saturday, 14 people were already counting ballots by 9 a.m.

“It seems to be getting more and more challenging each election,” said O’Donnell.

At the town hall in Falmouth, there was a similar story being unfolded with each ballot Saturday.

Over a dozen people were there, carefully opening envelopes.

“We have to hire a few people so financially it is extra for us,” said Ellen Planer, Falmouth’s town clerk.

Right now only an absentee in-person early voting system exists where voters go to a polling place and fill out an absentee ballot and submit that to be counted.

“If Maine was able to implement early voting where, instead of the voter placing it in an envelope and having an application attached to it and instead come in and put it in a machine, then we wouldn't have to track them. We would lock the ballots up at night, they would be done,” said Planer.

Either way, early voting like that isn't an option during this midterm election, that's stacking itself up like a presidential year, at least in terms of turnout.