The shipments to the Maine Immunization Program, separate from what retail pharmacies receive, shows the same number of Pfizer and Moderna, but only 2,500 J&J. 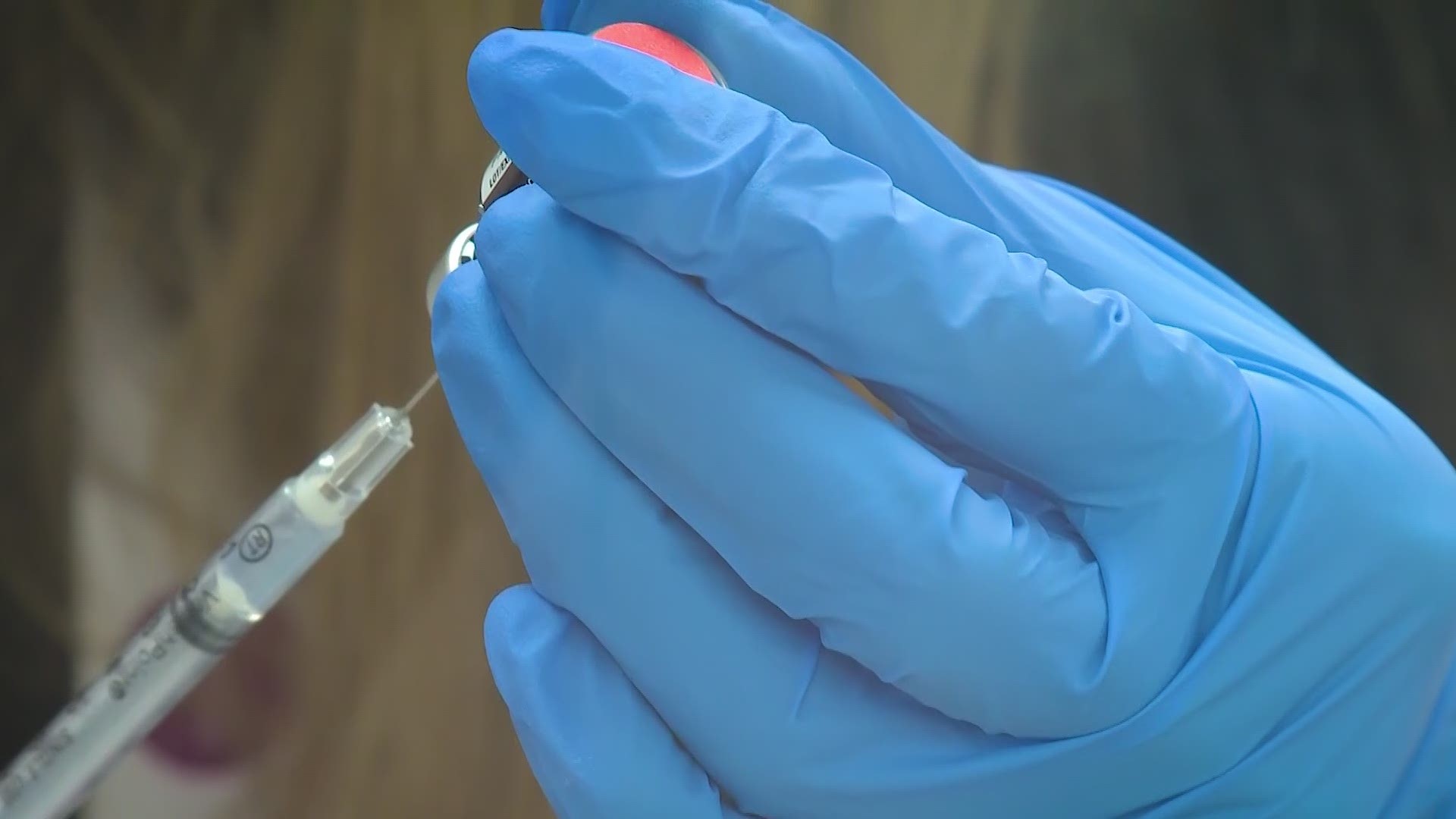 PORTLAND, Maine — Maine will receive a small fraction of the doses of Johnson & Johnson COVID-19 vaccine from the federal government for the week of April 12 after the state reported the most number of doses administered in a day on Wednesday.

According to the Maine Department of Health and Human Services (DHHS), for the week of April 12, Maine will receive:

Maine DHHS said next week's allocation will be enough to vaccinate 36,690 people with first doses and final doses, in the case with the J&J single-shot vaccine.

This week, Maine had the same number of Pfizer and Moderna doses, but 20,600 doses of Johnson & Johnson, which led to the state's highest number of vaccinations in a single day on Wednesday: 11,655 first doses and 14,781 final doses. Next week's drop to 2,500 doses is 12 percent of last week's allocation.

"It's not desirable. It's not ideal whatsoever," said Maine CDC Director Dr. Nirav Shah. "We recognize a lot of those groups were anticipating, banking on the fact, that they were going to get doses so they could vaccinate their patients, their constituents, would that were the case, I wish we had more supply coming in."

On Wednesday, Maine expanded vaccine eligibility to all Mainers 16 and older, an increase of roughly 470,000 newly eligible people, according to the Maine CDC.

These doses go directly to the Maine Immunization Program, which distributes them to hospitals, clinics, EMS units, and more around the state.

“Our federal partners told us to expect fluctuations in week-to-week vaccine allocations," Maine CDC Director Dr. Nirav Shah said in a release Thursday. “As we adapt to those fluctuations, we remain committed to vaccinating Maine people quickly and equitably every week.”

More than 30 percent of people age 16 and older have received a final dose of the vaccine.

Shah has praised the advantages of the J&J shot for Maine: it does not require ultra-cold storage, and is only one dose, making it ideal for drive-through sites, homebound Mainers, and people who live in the state's rural areas.

Shah had said previously that drive-through sites would be an immense help in Maine's furthering of vaccinations.