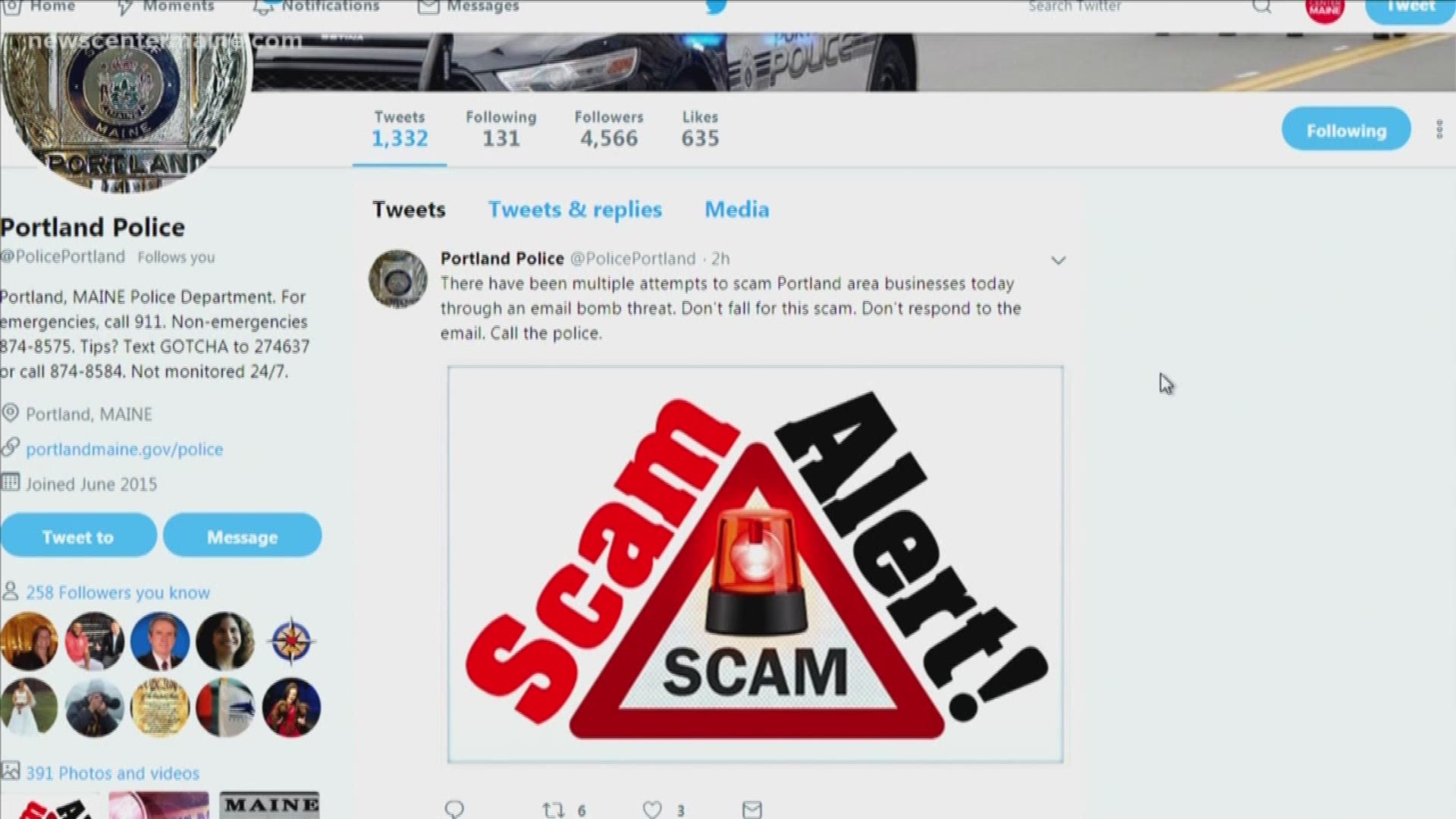 The Portland Police Department confirmed in a tweet Thursday afternoon that several businesses in the Portland area had received such threats.

"There have been multiple attempts to scam Portland area businesses today through an email bomb threat," the department tweeted. "Don’t fall for this scam. Don’t respond to the email. Call the police."

FBI Boston, along with several other field offices nationwide, released a statement concerning the threats:

"The FBI is aware of the recent bomb threats made in cities around the county, and we remain in touch with our law enforcement partners to provide assistance," the statement read. "As always, we encourage the public to remain vigilant and to promptly report suspicious activities which could represent a threat to public safety."

NYPD said it appeared the threats were "meant to cause disruption and/or obtain money," and that it would respond to each call regarding the emails.

"We wanted to share this information so the credibility of these threats can be assessed as likely NOT CREDIBLE," the police department tweeted.