Maine business leaders reflect on one year of pandemic challenges

Businesses that have become staples in Maine like Reny's, Becky's Diner, and the Portland Sea Dogs saw major losses in revenue over the past 12 months 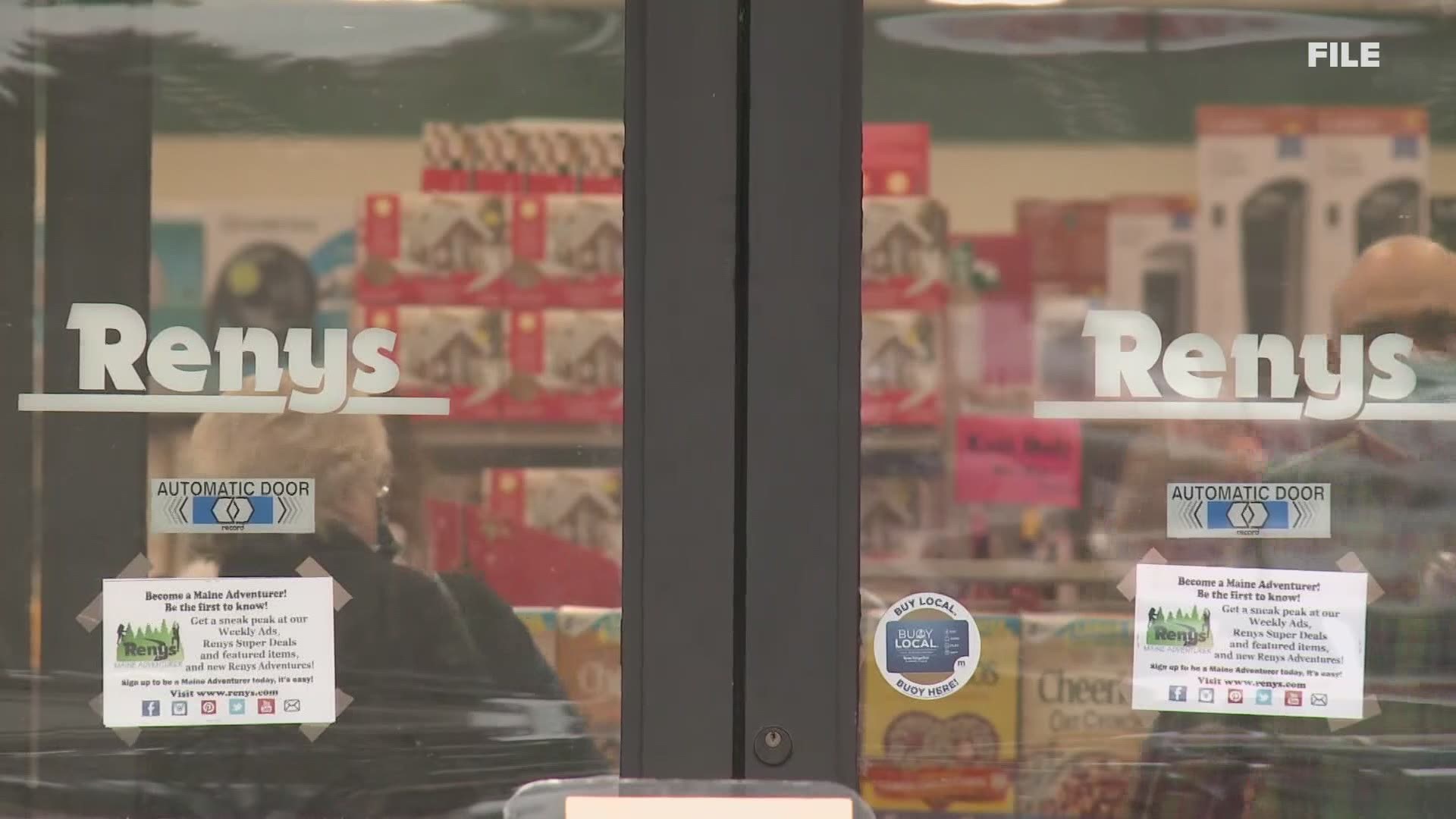 MAINE, USA — More than one year after COVID-19 first arrived in Maine, some of the state's most recognizable businesses to locals and tourists are still recovering.

"I mean you never have the chance to make it up," said Portland Sea Dogs president and general manager Geoff Iacuessa. The team's 2020 season was postponed before eventually being cancelled outright in the summer.

"We usually have 70 home games in a season, and when you lose all 70, that's what all our revenue is based around. So our revenues were down quite significantly," said Iacuessa.

Like many businesses across the state, the Sea Dogs were forced to adapt to keep revenue coming in during the pandemic.

"So we started having conversations as a staff about what can we do to stay connected to the community," said Iacuessa.

At the beginning of the pandemic, the Sea Dogs launched Slugger's Homework, an online educational activity for students learning remotely, with all questions relating back to baseball.

As the months progressed, the Sea Dogs eventually were able to find ways to get fans into the ballpark for activities like dining on the diamond, golf from the bleachers, and trick-or-treating. However, these events didn't make make up for the financial hardship the team faced with no games being played.

"We really looking at less than five percent of our normal revenue in a year," said Iacuessa.

Good morning! We're continuing our look at how Maine has been impacted by COVID-19, one year after the state's first cases. Hear from businesses that have become staples in Maine about their challenges, and how they've adapted over the course of the year to stay afloat #wakeMEup pic.twitter.com/1wWq1nZnDP

Pro sports teams were just one of the business sectors to feel a major impact from the pandemic. Popular Maine retailer Reny's was forced to close its door for ten weeks in the spring.

Reny's then opted do something it had never done to keep business flowing: online ordering and curbside pickup. During the spring and summer, the company slowly reopened all stores with strict mask enforcement and social distancing. Even then, challenges with stocking the shelves continued.

"A lot of the vendors have a lot of trouble producing items and shipping items, and for us the freight has gone up significantly," said Reny. However, hope for the future remains strong as he says he looks forward to the day when all his employees are vaccinated and there are fewer concerns about customers, staff, or their friends and families becoming ill.

That same hope exists over at Becky's Diner in Portland.

"Not getting discouraged with how the business was flowing was really important I think because it's easy to get when the business looks so different from how you're used to it looking," said Becky's Diner general manager Zach Rand.

Rand's popular diner was also forced to close and move to takeout only in the early months of the pandemic.

"It was a day to day process trying to learn how to do that. We're primarily a dine-in establishment before that and we became 100 percent takeout, so we're taking orders over the phone, we didn't have online ordering setup," said Rand.

As temperatures begin to rise and spring approaches, the thought of outdoor dining returning brings a breath of fresh to Rand and his staff.

RELATED: School staff reflect on one year of pandemic learning

Soon, the Portland Sea Dogs will join Becky's and Reny's in being reopened. The team will head to Florida for spring training during the month of April, with their season beginning on May 4. The team is also currently working on a plan to safely allow fans into the park, but it has not yet been announced.