Guy Pilote is hiking more than 2-thousand miles of the Appalachian trail alone hoping to reach Mt. Katahdin in October 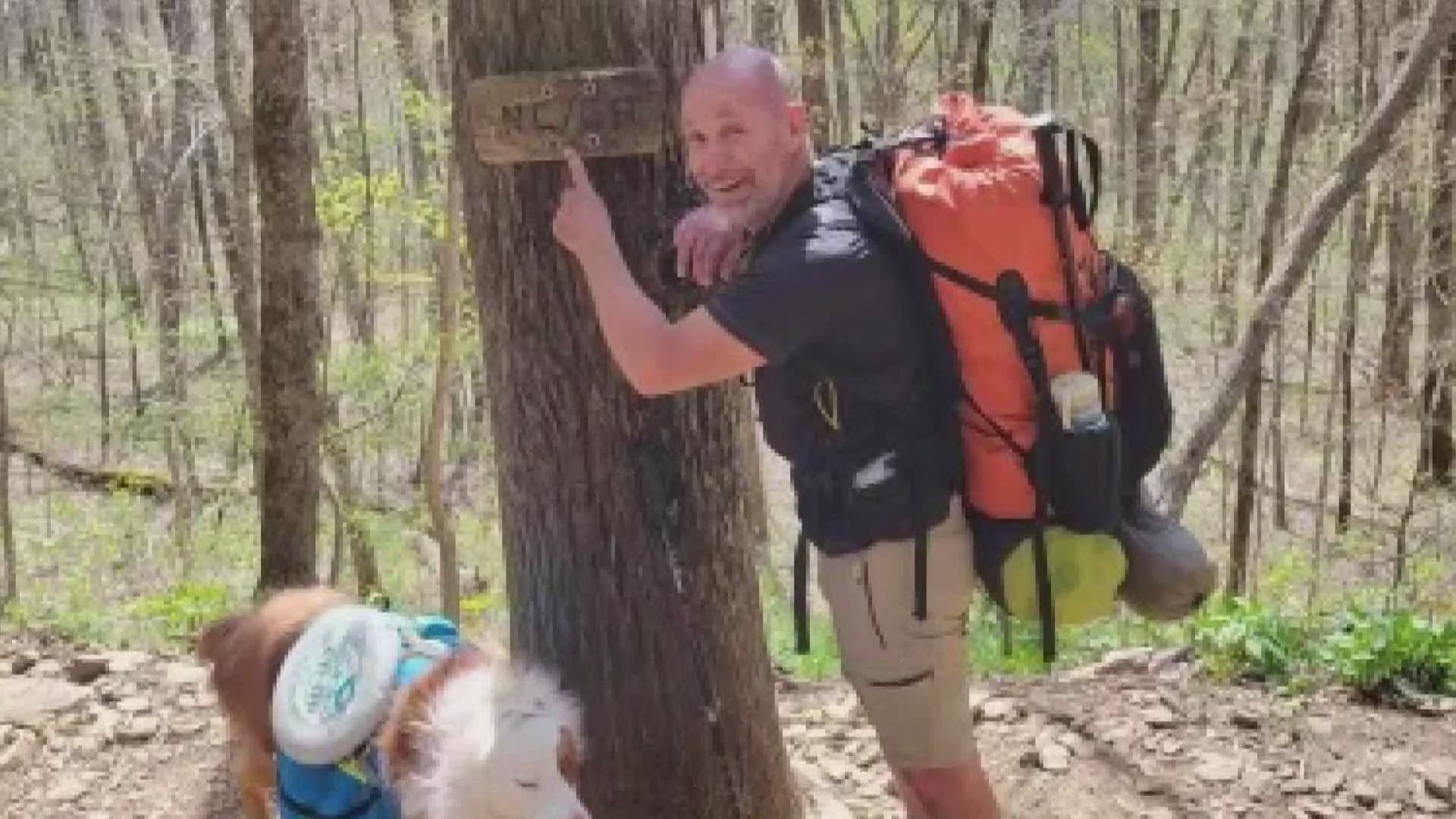 LEWISTON, Maine — With its mountainous terrain, hiking the entire Appalachian Trail is considered a grueling endeavor. Only about one in four who set out in Georgia to complete a thru-hike to Maine will go all the way.

The dream of making that demanding trek alone is now a reality for a retired emergency responder and brain injury survivor from Lewiston.

Guy Pilote set off on the AT in Georgia a month ago and is now just outside of Hot Springs, North Carolina.

Pilote started training in January, hiking a 5-mile loop through the woods every day with a loaded backpack.

All that preparation led to hiking the entire Appalachian trail...alone.

It's been a lifelong dream that Pilote now turned into a new mission — raising awareness about traumatic brain injuries that affect 1.5 million Americans every year.

"God has a plan and he said Guy you better hike that trail and raise some money for these people," Pilote said.

After a 25 year career as a Lewiston police officer and firefighter, Pilote retired from public service in 2014. Later that fall, he suffered a catastrophic stroke. His family believes it was triggered by a previous head injury working under a building.

Unable to breathe on his own and in a coma, Pilote began to improve after a visit from April Michel. Michel was just 8-months old when Pilote rescued her from a house fire in 1996. He was later recognized for his bravery, including a 'Top Cop' honor from the National Association of Police Officers.

"She stood by his bed, just to talk to him to see if that would bring him back, back to us," Pilote's wife Sue said.

Despite being in a wheelchair with a feeding tube, intensive rehab helped Guy regain limited speech and use of his body, except for his right arm and hand. From putting his life on the line to fighting to regain skills, Pilote is now on a new road to independence.

"So that his family knows that I am not my disability," Sue Pilote said.

Pilote started the 2,190-mile solo trek on the trail in Georgia last month. He hiked an average of 12 miles during the day, camping and staying in shelters at night. Strangers became friends, from indulging in ice cream to hanging out with firefighters from Florida along the way.

Pilote has raised more than $5,000 for the Maine Chapter of the Brain Injury Association of America. The BIAA is a national nonprofit that works to advance awareness, research, treatment and education for all people affected by a brain injury. All the funds for the Maine Chapter of BIAA, support Mainers struggling with brain injury and has information on resources and support available across Maine.

Right now, Pilote is making his way through the Smoky Mountains in North Carolina, with the hope of reaching the summit of Mount Katahdin in October. But there won't be a lot of downtime after the trek.

"I would like to travel the world," Pilote said.

Reaching new heights and making a difference in the lives of other brain injury survivors, this father and grandfather is only just getting started.

For Pilote's donation page through the Brain Association of America, go here