Under a new bill signed into law by Governor Janet Mills, businesses and organizations will not be allowed to sell or use Styrofoam containers for food or beverages, starting on January 1, 2021. 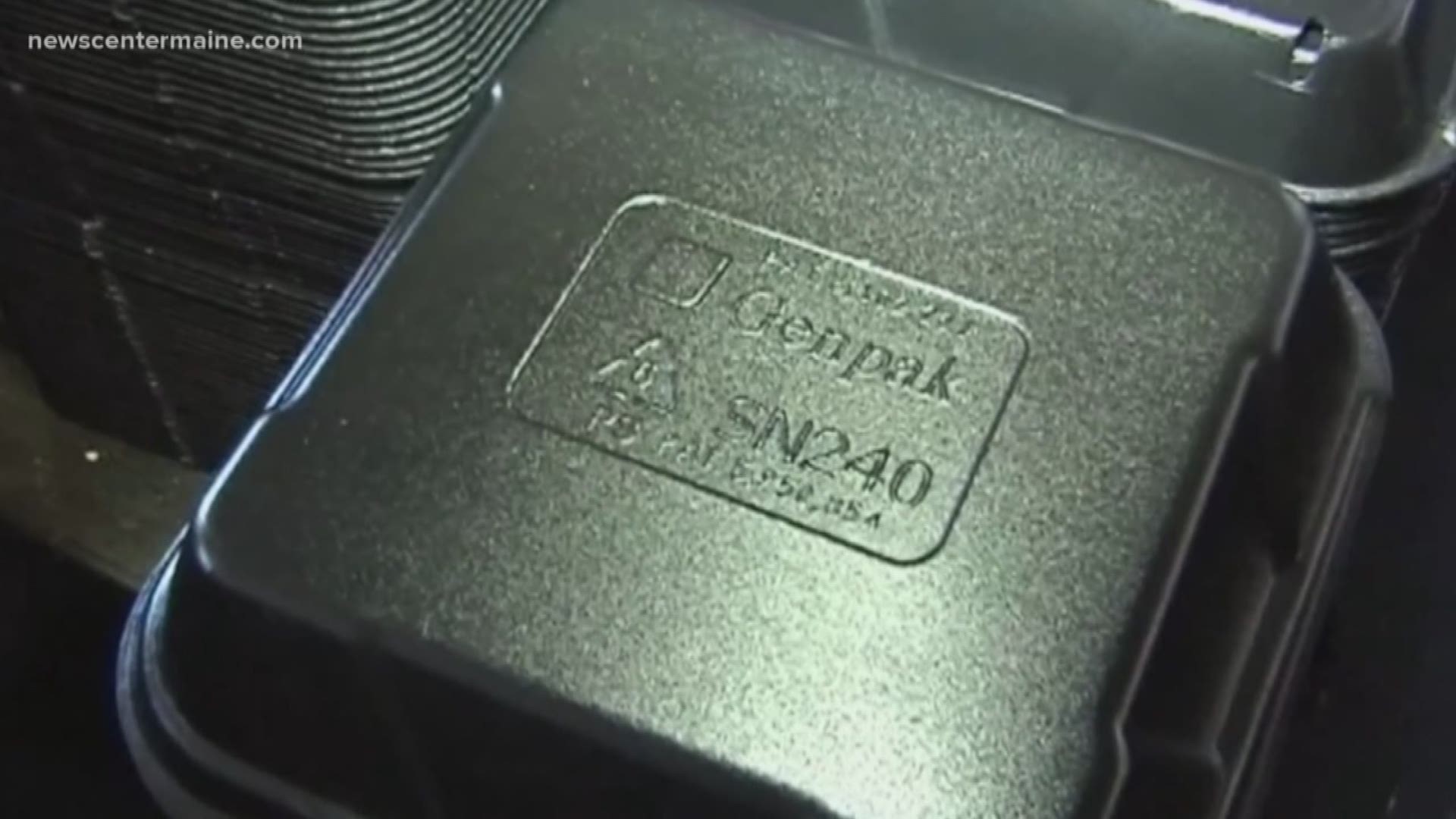 AUGUSTA, Maine — Maine is officially the first state in the nation to ban the use of polystyrene, or Styrofoam, food containers.

On Tuesday, April 30, Gov. Janet Mills signed a bill to prohibit the use of these particular food containers.

Under the new law, businesses and organizations will not be allowed to process, prepare, sell, or provide food or beverages to customers with these single-use Styrofoam containers.

Anyone who violates the law could face a fine of up to $100.

Gov. Mills' decision comes after a months-long debate into the use of Styrofoam food containers in Maine.

The bill, originally proposed by Rep. Stanley Zeigler (D-Montville) is designed to limit plastic pollution in the state.

More than 150 municipalities or regions have already banned disposable foam food containers -- including 14 towns in Maine, according to the Natural Resources Council of Maine.

The containers have also been banned in state facilities and functions since 1990.

The full bill, as approved by Gov. Mills, reads as follows: