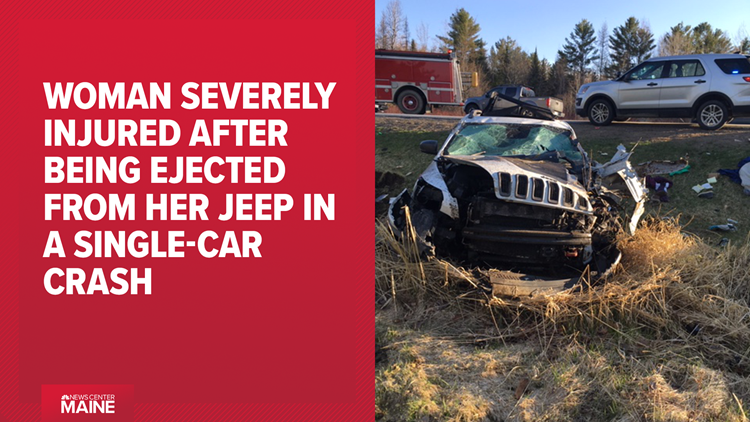 PALMYRA, Maine — The Somerset County Sheriff's Office says a woman from Madison was taken by LifeFlight to Eastern Maine Medical Center (EMMC) in Bangor on Saturday after crashing her car in Palmyra.

Katia Graves, 31, was driving her 2015 Jeep Cherokee SUV when she lost control, rolled over several times, and hit a parked, unattended car before hitting a utility pole. Graves, who wasn't wearing a seatbelt, was ejected from the Jeep.

Graves was transported by Sebasticook Valley Hospital Ambulance to a waiting LifeFlight helicopter where she was subsequently airlifted to EMMC for treatment of a severe leg injury.

Police say driving at an excessive speed appears to be the cause of the accident. The crash is still under investigation by the Somerset County Sheriff's Office.

RELATED: Tractor-trailer carrying seed potatoes from Caribou goes off the road in Fryeburg

RELATED: Gardiner man critically injured after two-vehicle crash on I-295