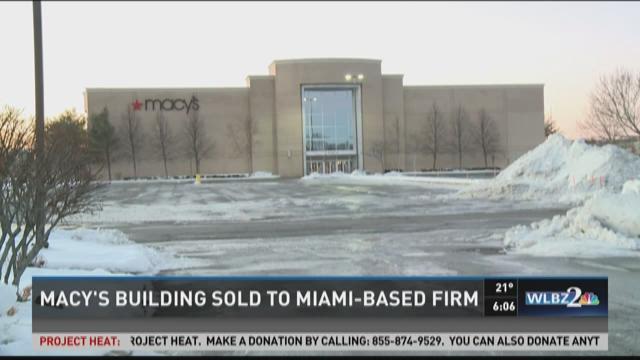 Mall has been sold to Out Of The Box ventures, a subsidiary of Lionheart Capital.

"At this time we are evaluating all of our options," said Lionheart General Council Jessica Wasserstrom, "and later there will be a determination of just what we will do with the property."

The building that has been vacant since the anchor store shut its doors last spring was reportedly sold in December.

The building was at auction through Ten-X Commercial, a California-based company. The company held tours of the nearly 150,000-square-foot building in November and December, according to its website.

Unlike the other vacant stores up for rent in the mall, this portion was never owned by Simon Properties, the mall's current owner.

City and county records still show deeds to the property under The May Department Stores Company and Macy's Retail Holdings, Inc. The property was last valued at more than $10 million in 2017, according to city assessment records.

We will continue to update this story.