Luc Tieman testifies on own behalf in murder trial of wife

He freely admitted to lying to officials multiple times. 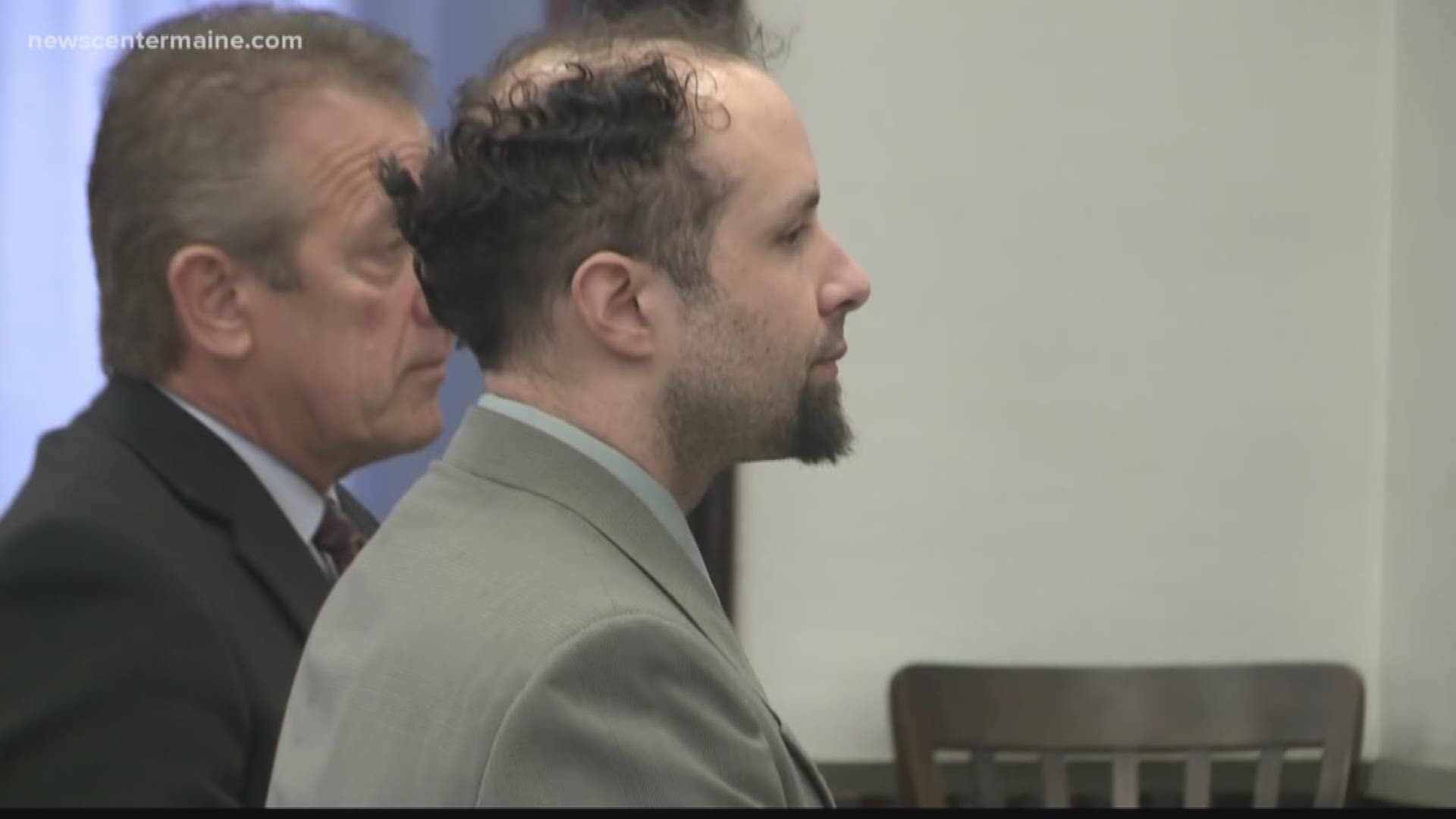 By mid-afternoon, the state rested its case, opening the door for the defense to call their first witness, Luc Tieman.

Tieman was arrested in September 2016 and charged with the murder of his wife, Valerie Tieman, who had been missing for weeks before her body was discovered in a shallow grave behind Luc's parents’ home in Fairfield.

The defense began by questioning Luc Tieman about his time serving in the military, his relationship with his wife, Valerie Tieman, and if they had ever used drugs in the past. Luc Tieman admitted both he and his wife used drugs, but could not remember specifically when he first saw Valerie do drugs when they were together.

“I was bitter, sad that this (her disappearing) would happen,” said Tieman of his state of mind at the time.

Tieman claims he was in the process of hiring the “Missing Persons of America” organization to come to Maine and help him look for Valerie when her body was found.

Most important, Tieman freely admitted to lying to officials multiple times, hindering their investigation. Tieman says he lied about his wife overdosing and causing her death, lied because he felt the police were threatening his parents, lied when he told officials he wrote the note buried with Valerie’s body, and lied about her leaving him at Walmart.

“I made a lot of assumptions,” said Tieman on the witness stand. “I made a lot of poor stories [to console Valerie’s family] and to buy her time to come home. That was part of a false story I made up to make it believable so her family did not have to worry about her like I was.”

When asked why Tieman chose to lie, he testified he repeatedly told officers what they wanted to hear, hoping that would get them off of his case.

Often times, Tieman says he could not remember or recall certain details of his past, the investigation, or even most recently his time in prison.

While on the witness stand, Luc Tieman was asked three times by his lawyer if he killed his wife. It was the only question he was able to respond without hesitation.

Before the defense was able to call their star witness to testify, the prosecution had to rest its case.

Court began Friday morning with audio recordings of the defendant, Luc Tieman, speaking with Detectives Jason Andrews and Joshua Birmingham, the morning they found out Valerie Tieman had been shot.

In the audio recordings, you can hear Luc Tieman speaking with the two detectives inside of a moving vehicle about the death of his wife, whose body had just recently been discovered.

“She’s missing, right,” Tieman can be heard asking the detectives.

“She’s not missing,” replied one of the detectives. “She’s already dead.”

The detectives can be heard asking Luc about the set of clothes found with Valerie’s body, as well as the bag of chips also found in the shallow grave.

After another short exchange, Luc can be heard on tape confessing to burying Valerie’s body, he says, just hours after she died.

“I just put her down off my shoulder […] covered her up,” says Luc.

“If I were to take somebody’s life,” Luc goes on to say, “I definitely wouldn’t have left half a body left out on a main footpath not that far away.”

“How did she get a bullet in her head,” the detectives can be heard on the audio recording asking Luc Tieman.

At the time of the audio recording, police had not yet been made aware of the fact Valerie Tieman had been shot twice, and none of the ballistics reports had been completed.

Luc Tieman was unable to give an explanation on how his wife had been shot, speculating someone had possibly come across her body while doing target practice in the woods.

The detectives can be heard asking Luc Tieman about any handguns either him or his family may own or have possession of inside their house. Tieman freely confesses his father owns several guns, including handguns.

After listening to the audio recording, the prosecution called Kayla Bowers, who was working as a Forensic Technician with the Maine State Police Crime Lab when police brought in a .45 caliber handgun and .45 caliber ammunition for testing in connection with the Tieman murder case.

The prosecution also called Diana Piccirillo, another Forensic Technician with the Maine State Police Crime Lab. Piccirillo was responsible for both accepting and releasing evidence in this case to the state police.

Neither witness knew how many bullets were contained inside of the handgun or the box of ammunition.

The defense pushed hard to discredit the DNA analyst, highlighting all of the evidence which was tested and did not come back as having Luc Tieman’s DNA.

Closing arguments in the Valerie Tieman murder trial are scheduled for 9 a.m. Monday.