Loggers ask lawmakers to help them get higher pay

A bill from Sen. Troy Jackson would make loggers eligible for inclusion under an existing state law that lets farmers negotiate collectively for sale their produce, even though they are independent businesses. 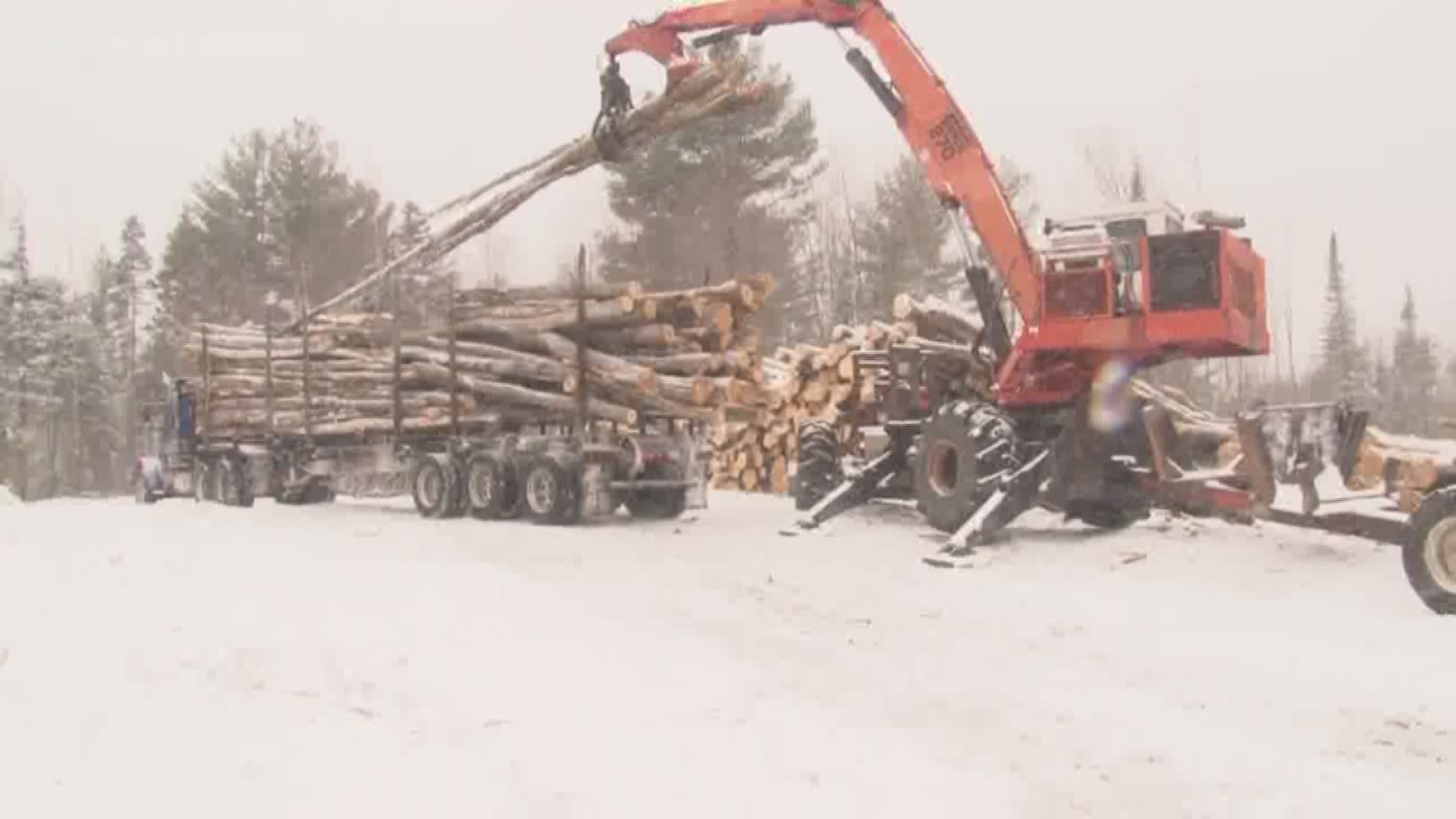 AUGUSTA, Maine — Maine loggers, and the truckers who haul the wood, are asking the state to help them get better pay.

The loggers say that for years, the forest landowners and companies haven’t been paying them enough for their work. The loggers and truckers are considered independent contractors and, because of anti-trust laws, are not allowed to talk with each other about what they’re paid.

Senate President Troy Jackson, a former logger himself, is asking the Legislature to pass a bill to let the loggers form a co-op and negotiate collectively with the landowners, mills and other buyers.

Jackson and the loggers say the co-op effort could eventually lead to a union.

"It will give us some bargaining power, and maybe we can make it so our grandkids will get into the industry. Because right now, I wouldn’t recommend anybody getting into it," said Stacy Kelly, a logger from northern Aroostook County.

The bill from Sen. Jackson would make loggers eligible for inclusion under an existing state law that lets farmers negotiate collectively for sale their produce, even though they are independent businesses.

A spokesman for the forest industry says the bill isn’t needed and that it could cause problems for the industry. Patrick Strauch of the Maine Forest Products Council says prices for wood will go up on their own because of market forces, including a shortage of truckers.

"So the industry will figure how to get this wood to market. Right now, we are getting it to market but trends to an aging workforce and tightness of trucking markets -- we already feel the pinch and will need to do something about it."

He suggested the industry response will be to raise prices to keep and attract workers.

The loggers say they don’t trust the industry to address their needs.

On Monday, using Sen. Jackson’s political clout, the loggers and truckers were able to meet directly with Gov. Janet Mills about the issue. Sen. Jackson says he doesn’t know if the Governor will support the co-op idea.