'Iowa has no choice but to act': State to send troopers to US southern border 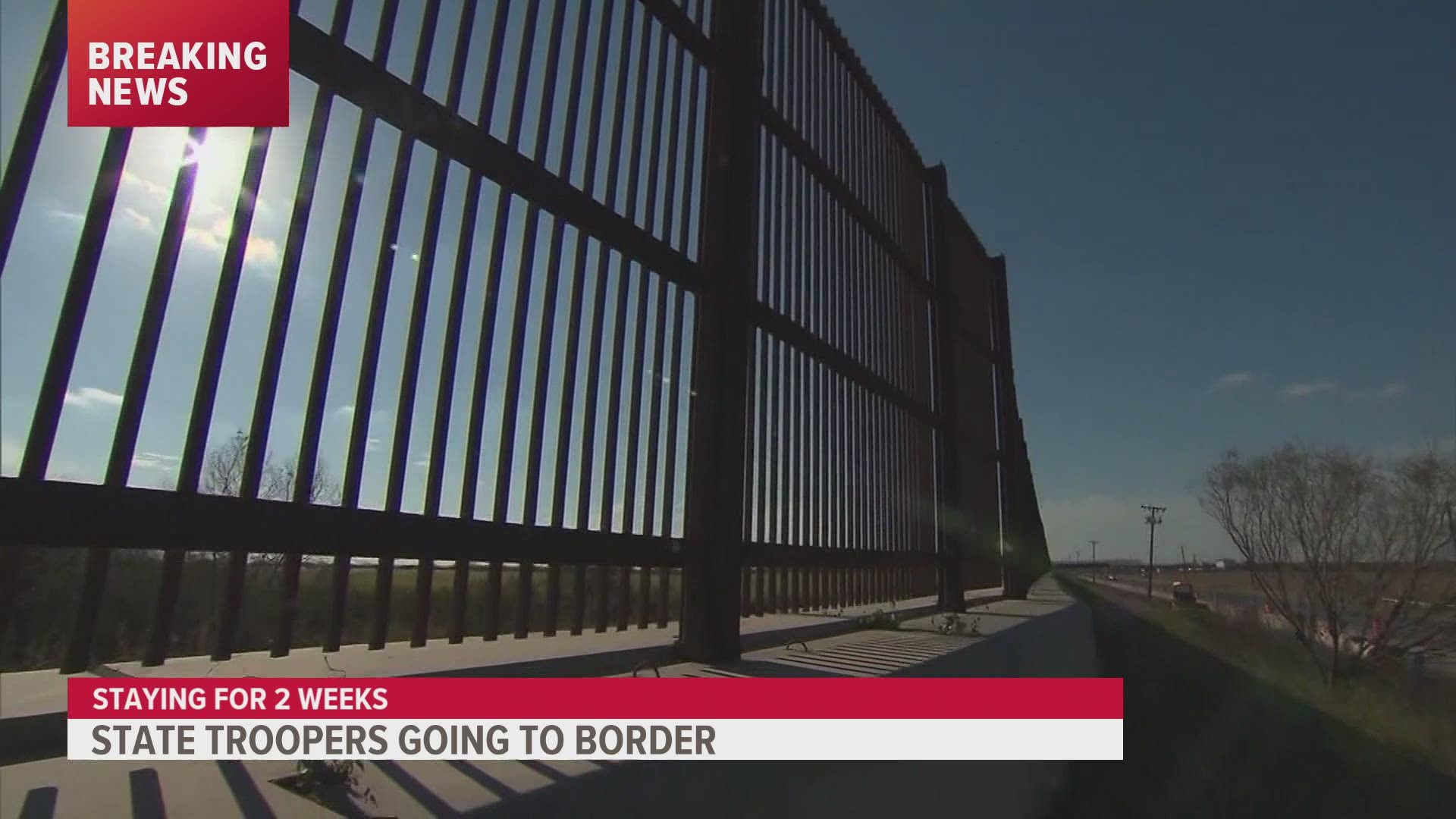 On June 10, the Republican governors of Texas and Arizona requested law enforcement support from all 50 states. The request was made under the Emergency Management Assistance Compact (EMAC).

CBP also reported a 233% increase in fentanyl seizures in March 2021 from the previous year. The year over year increase climbed to 300% in May.

“My first responsibility is to the health and safety of Iowans and the humanitarian crisis at our nation’s southern border is affecting all 50 states,” Reynolds said in a release. “The rise in drugs, human trafficking, and violent crime has become unsustainable. Iowa has no choice but to act, and it’s why I am honoring Texas’ Emergency Management Assistance Compact following assurances from the Iowa Department of Public Safety that it will not compromise our ability to provide all necessary public safety services to Iowans.”

Iowa joins three other Republican-led states in sending law enforcement to the border. Those states are Florida, Nebraska and Idaho, according to Reynolds' office.

California and New Mexico, both led by Democratic governors, did not request assistance along their borders.

DPS says 25-30 troopers will be sent to the Texas border for approximately two weeks. There are currently 360 troopers in Iowa.

The Iowa State Patrol does not provide specific operational details of missions.

Reynolds' office noted the Iowa National Guard is also currently conducting a mission with 24 soldiers from the Unit 2/34 IBCT to assist law enforcement at the nation's southern border. This is due to an October 2020 request from the Trump administration under Title 10 active duty mobilization orders.

Vice President Kamala Harris is set to make her first visit to El Paso on Friday. The democrat has faced criticism from both parties for failing to go there despite her role in leading the Biden administration's response to a steep increase in migration, the Associated Press reported.