Mary Bunnell and the 'Coins for K9s' team have raised more than $7,000 and are now looking to provide a bite suit for the Androscoggin County Sheriff's Office 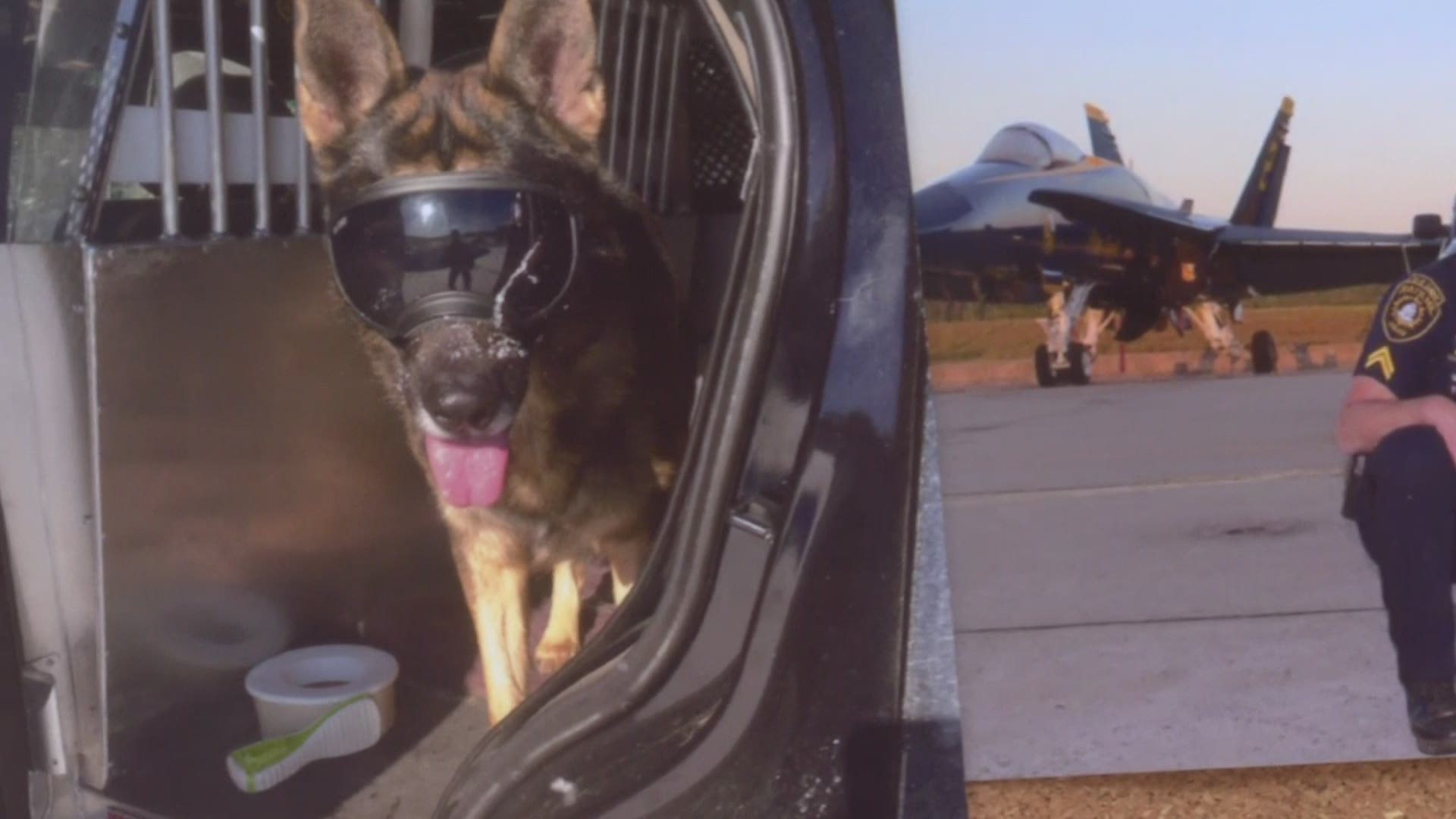 AUBURN, Maine — An Auburn woman is on a mission to support as many police K9s as possible. For months now, Mary Bunnell has been collecting bottles, cans, and other donations to go towards purchasing gear and other items for law enforcement K9 units across Maine.

"Anything that we can give to the K9's and their handlers to make their jobs easier," said Bunnell.

She first started by raising money to buy medical kits for 30 K9s in Maine. Since reaching that goal, she's officially launched the non-profit 'Coins for K9s' and is hoping to raise even more for the animals.

"They track missing children, dementia patients that may have wandered off, lost or missing people, so we don't just chase criminals," said Deputy Vic Barr with the Androscoggin County Sheriff's Office. Deputy Barr is the handler for a K9 named Sampson.

"K-9 programs are extremely expensive for agencies. They definitely budget for all of the needs, and the dogs are very well cared for, all the medical bills, best vet care, the best food, but sometimes some of the equipment and stuff that we need is just not there," said Barr.

On Sunday, Barr, Bunnell, and others were at 84 Court Pizza in Auburn looking to raise money to purchase a new bite suit for Barr's training group, as well as guardian angels, which are lights that can be used by officers to stay more well lit during evening hours.

Since starting to collect cans and bottles for the program in October, Bunnell has been able to raise more than $7,000.

"These organizations really come in huge and help us out with some of that stuff," said Barr.

Bunnell says that on Sunday alone, she and her team were able to raise more than $1,700 for the cause.

"They really really do a lot of work for us, and I'm just trying to shed light on the K9s and the good work that they do," said Bunnell.

Coins for K9s hosted raffles Sunday as well to local businesses in the community.

In addition to the fundraising event Sunday, Coins for K9s also donated a hand-made wooden flag honoring the K9 Moxie, who served with the Lisbon Police Department. Her handler, Officer Jason St. Pierre, received the gift.