Local food pantry works with teens to help the hungry

Teenagers from the My Place Teen Center joined organizers from the Stroudwater Food Pantry on June 6 to pack 170 grocery bags to help feed communities. 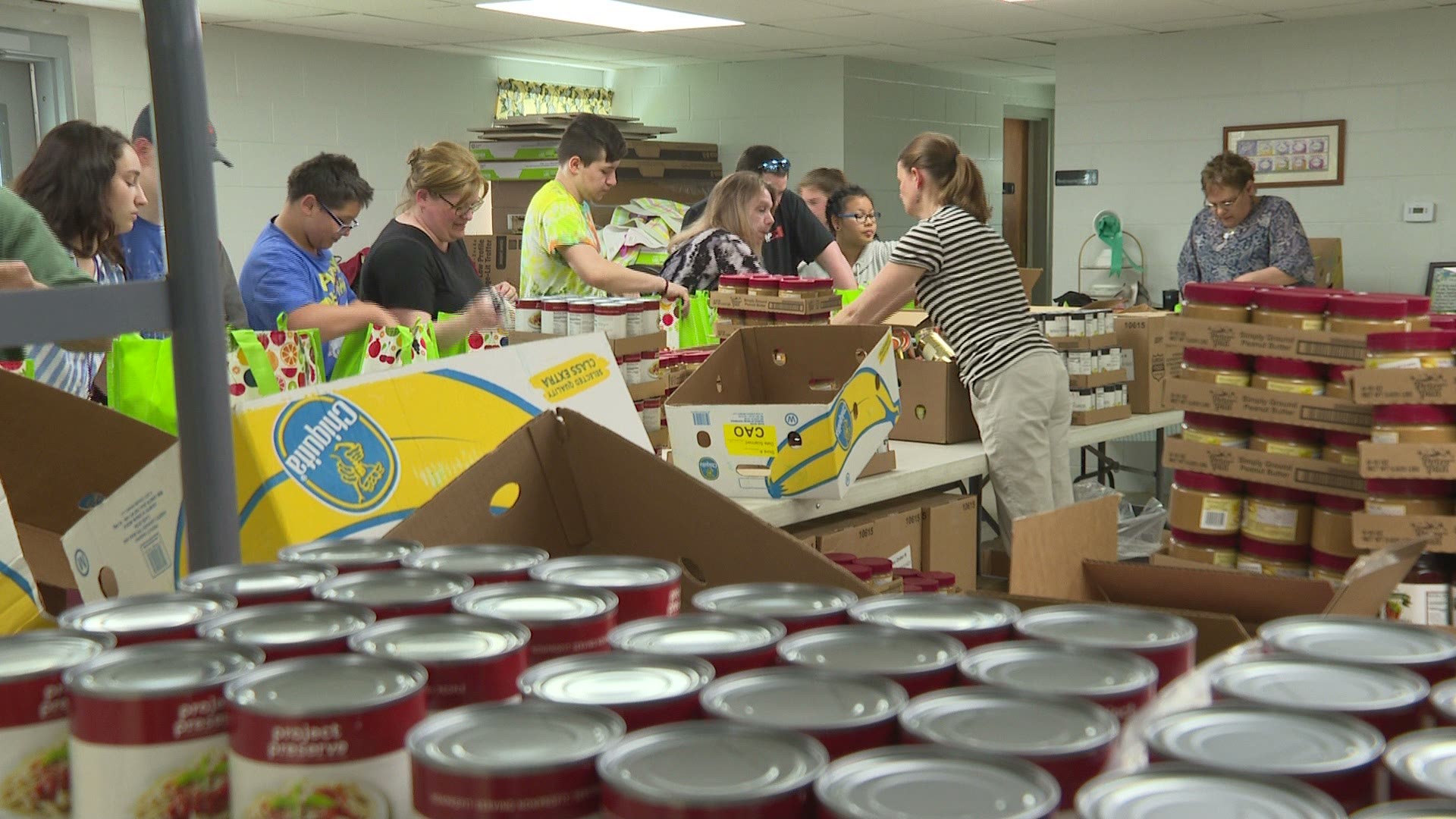 PORTLAND, Maine — Cardboard boxes, stuffed with goods and stacked halfway to the ceiling -- for the Stroudwater Christian Church, June 6 was just another day creating bags of food for Maine families in need.

Volunteers lined up along a table, placing items one by one into bags and pushing them down the assembly line. Among those volunteers, a noticeable age difference, as younger faces chatted with their mentors.

Teenagers from the My Place Teen Center joined organizers from the Stroudwater Food Pantry on Thursday to pack 170 grocery bags full of non-perishable food to help feed communities in Washington County.

It's the poorest county in the state of Maine, which has a widespread and highly publicized food insecurity problem.

"Hunger relief is a big problem in Maine, and there's a lot of effort that's put into it," said Doug Horner, Director of SFP. "Maine is certainly well into the top 10 hungriest states in the United States."

RELATED: Maine passes bill to end hunger in the state by 2030

SFP began its mission to help feed the hungry in August of 2015. Since then, a once nearly empty room has turned into a food pantry complete with goods, eager volunteers, and grateful families in need.

The donations of everything pasta to peanut butter are made possible by SFP's partnership with the Good Shepherd Food Bank and local grocery stores.

The collaboration preparing these grocery bags Thursday was special. Doug says some of the teens at MPTC have used the food pantry's facilities before, and now they are giving back.

"We have an opportunity to sometimes support them with food and then sometimes partner with them on a volunteer basis when we do hunger relief efforts," said Doug. "It reinforces the need for them to learn to engage in volunteer activities that are community-based."

"I've been a couple times in the past couple years to help (SFP) out," said MPTC volunteer Ashton Brown. "It's really nice, because I know if I was ever in need that somebody would be there to help me."

The bags will make their way to Princeton Elementary School next month, where families from Princeton, Big Lake, Indian Township, and other communities will be able to pick them up.

The food pantry at the school, sponsored by SFP, will be open for four days.

What doesn't have a timeline, though -- the joy these volunteers get from giving back and knowing they are making some kind of a difference.

"I think people genuinely do care for others, and that's what this is all about," said Doug's wife and longtime SFP volunteer, Angie Horner. "It's community. It's caring for one another. It doesn't matter how much you have -- it's giving back in some way."