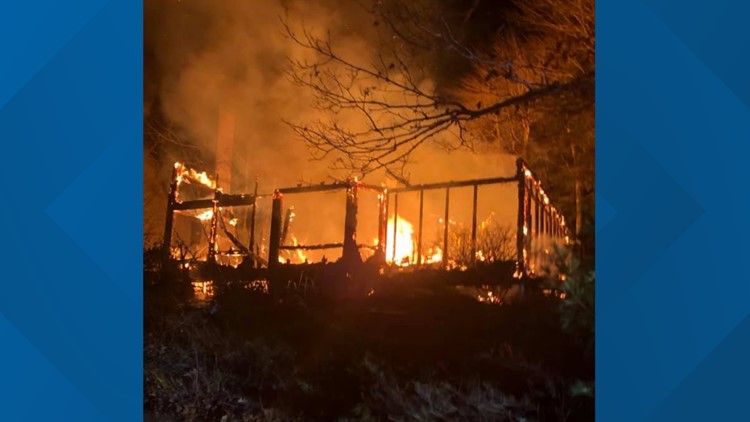 HARPSWELL, Maine — A home in Harpswell is a complete loss after an early morning fire Friday.

The Cundy’s Harbor Volunteer Fire Aux. responded with the assistance of the Orr’s and Bailey Islands, Harpswell Neck, and Brunswick Fire Departments.

Crews were on scene around 5 hours.

Both occupants of the home were brought to the hospital.

The extent of their injuries is not know at this time.

This story will be updated as more details become available.