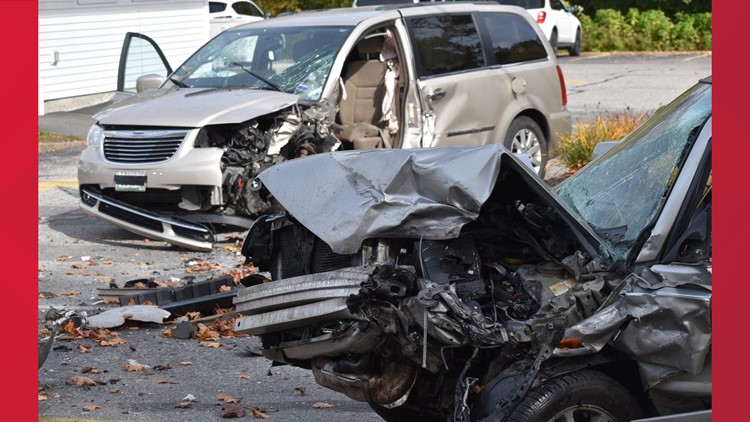 Linda Gamrat, 71, of Lisbon, was listed in critical condition at CMMC Thursday afternoon, according to a spokeswoman.

Anisha Gagnon, 29, of Temple, remained in the ICU at CMMC, where she was taken by Lifeflight of Maine after she suffered "very severe" upper body injuries in the crash, Lisbon police said.

Gagnon was a passenger in a 2006 Subaru Forester that police say was apparently headed east on Route 196, also known as Lisbon Road, when it crossed into the westbound lane and collided with a 2014 Chrysler Town & Country minivan.

The driver of the Subaru, Isaac Moody, 32, of Kingfield, was taken to CMMC with injuries to his lower body. He remained hospitalized Thursday afternoon, but his condition could not be confirmed.

The 20-month-old son of Gagnon and Moody, who was properly secured in a rear-facing car seat, was also taken to CMMC. He was evaluated and released without injury.

George Gamrat, 74, of Lisbon, the driver of the Chrysler, was treated for minor injuries and released from CMMC.

Linda Gamrat, his wife, was the only passenger in the Chrysler.

Lisbon police ask anyone who witnessed the crash or who may have information related to the crash to call Lisbon Police Officer Brianna Kenney at (207) 353-2500.

Durham and Auburn fire and rescue personnel assisted at the scene.

RELATED: Lisbon Police: Alcohol believed to be a factor in head-on crash