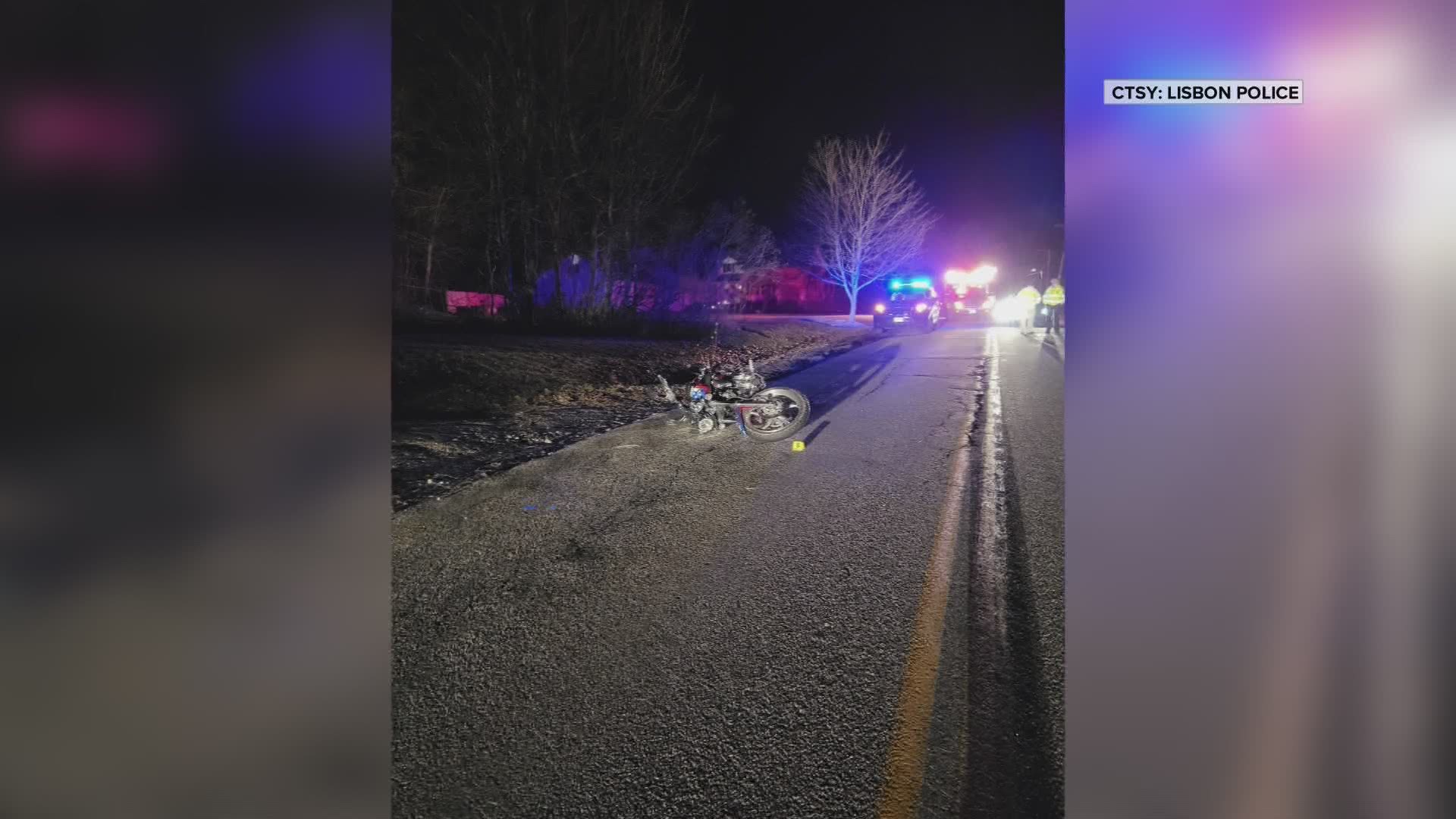 James Bragg, 33, was headed north near 72 Ferry Road on a red and blue 2008 Yamaha Raider motorcycle when he collided with a deer just after 8 p.m., according to a release from Lisbon Police Chief Ryan McGee.

Lisbon police, fire and EMS went to the scene, and LifeFlight of Maine was initially called, but canceled when Bragg was taken to CMMC by ambulance.

The Lewiston Police Department is assisting with reconstructing the crash, which remains under investigation.