Albert Flick had been accused of stabbing a woman 11 times last July, just feet away from her twin boys. 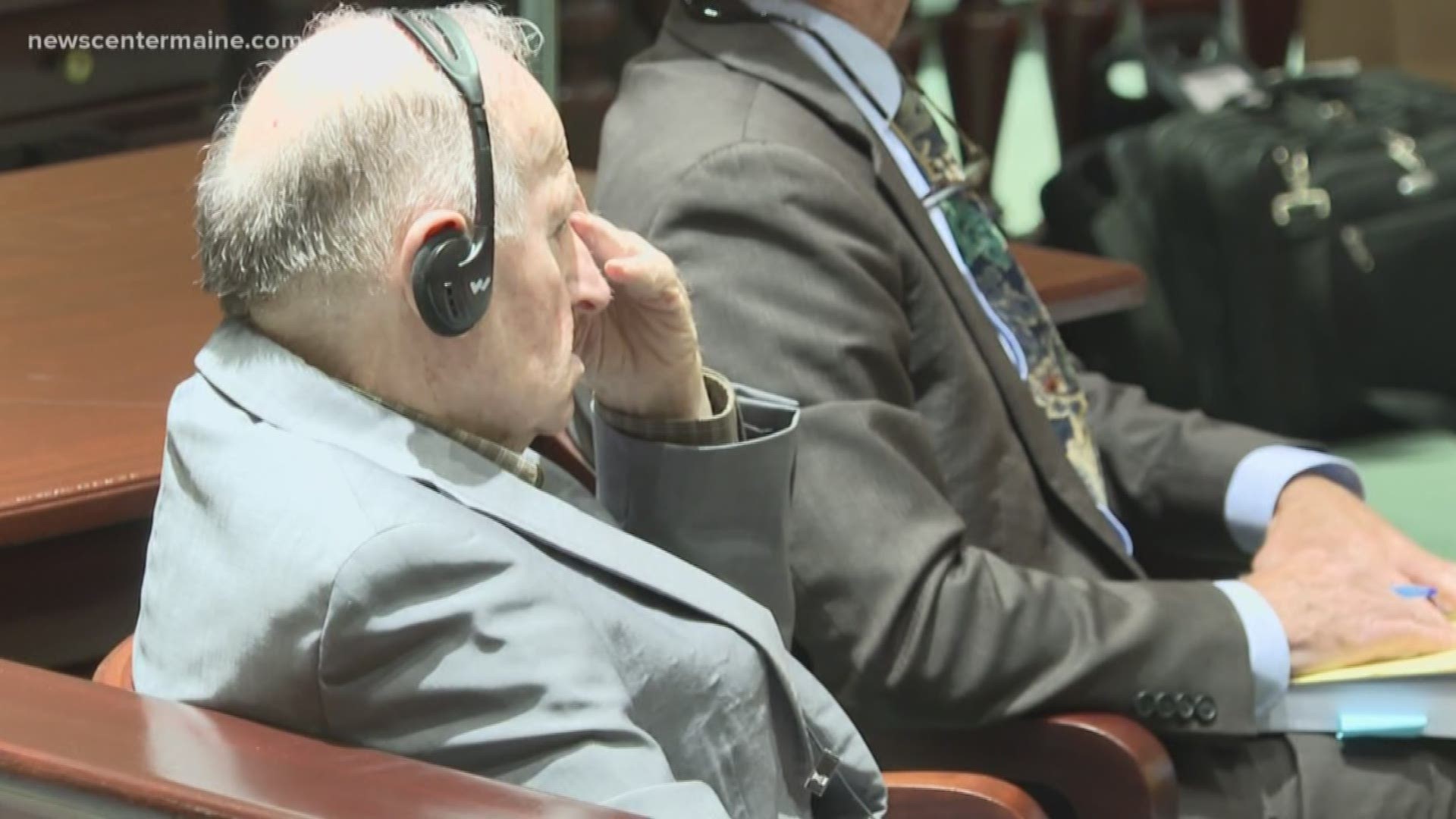 AUBURN, Maine — A Lewiston man accused of stabbing a woman 11 times last July, just feet away from her twin boys, has been convicted of murder.

During the closing arguments Assistant Attorney General Robert Ellis told the jury Kimberly Dobbie's murder was not a rash act, but one that was deliberate and thought out.

"The obsession became if I can't have her, I will kill her and that's exactly what he did."

On Monday, the jury was shown security camera video showing Flick stabbing Dobbie over and over again, outside of a Lewiston laundromat on the morning of July 15, 2018. She was just feet away from her children.

"He takes out the knife, stands in front of Kim, raises his arm, there is some interaction and seconds later he thrusts the knife, hidden behind her leg into her body."

Flick's attorney, Allen Lobozzo, argued that Flick wasn't obsessed with Dobbie and that their relationship was not sinister.

Lobozzo went on to say "no one at all can point to a single statement, not one before these events that would show any intention by Mr. Flick to inflict harm on Ms. Dobbie."

It took the jury just 45-minutes to reach a guilty verdict.

"I'm glad the verdict is done and over and i'm glad he'll never be able to walk the streets again" says Dobbie's friend James Lipps.

Assistant Attorney General Robert Ellis, citing Flick's past criminal history, says he will ask the judge to make sure Flick never gets out of jail again.

"Mr. Flick murdered his estranged wife in similar fashion in 1979. He murdered Kim Dobbie, stabbing her 11 times at a minimum, now. I think obsession and infatuation was clearly in his twisted mind."

It was a deadly obsession that left Dobbies twin, 12 year old sons, without their mother.

"What happened to these children is just so horrific" says Ellis. "I know there is family involvement, services and we're hoping for the best."

The boys are living with their grandmother in Massachusetts.

RELATED: Flick pleads not guilty by reason of insanity in stabbing murder
RELATED: Flick charged with murdering mother in front of her children

Flick originally used an insanity defense -- but before the trial started, that was dropped. He then pleaded not guilty.

On Tuesday, Flick caused a unique delay in the trial by telling the judge he had not taken his diabetes medication in jail, and claimed that it might be hindering his ability to decide whether or not he should provide testimony.

Dobbie's mother is expected to have some input at sentencing.