Boy, 10, seriously hurt after being hit by car in Lewiston

There was no indication that drugs, alcohol or speed were factors, police said. 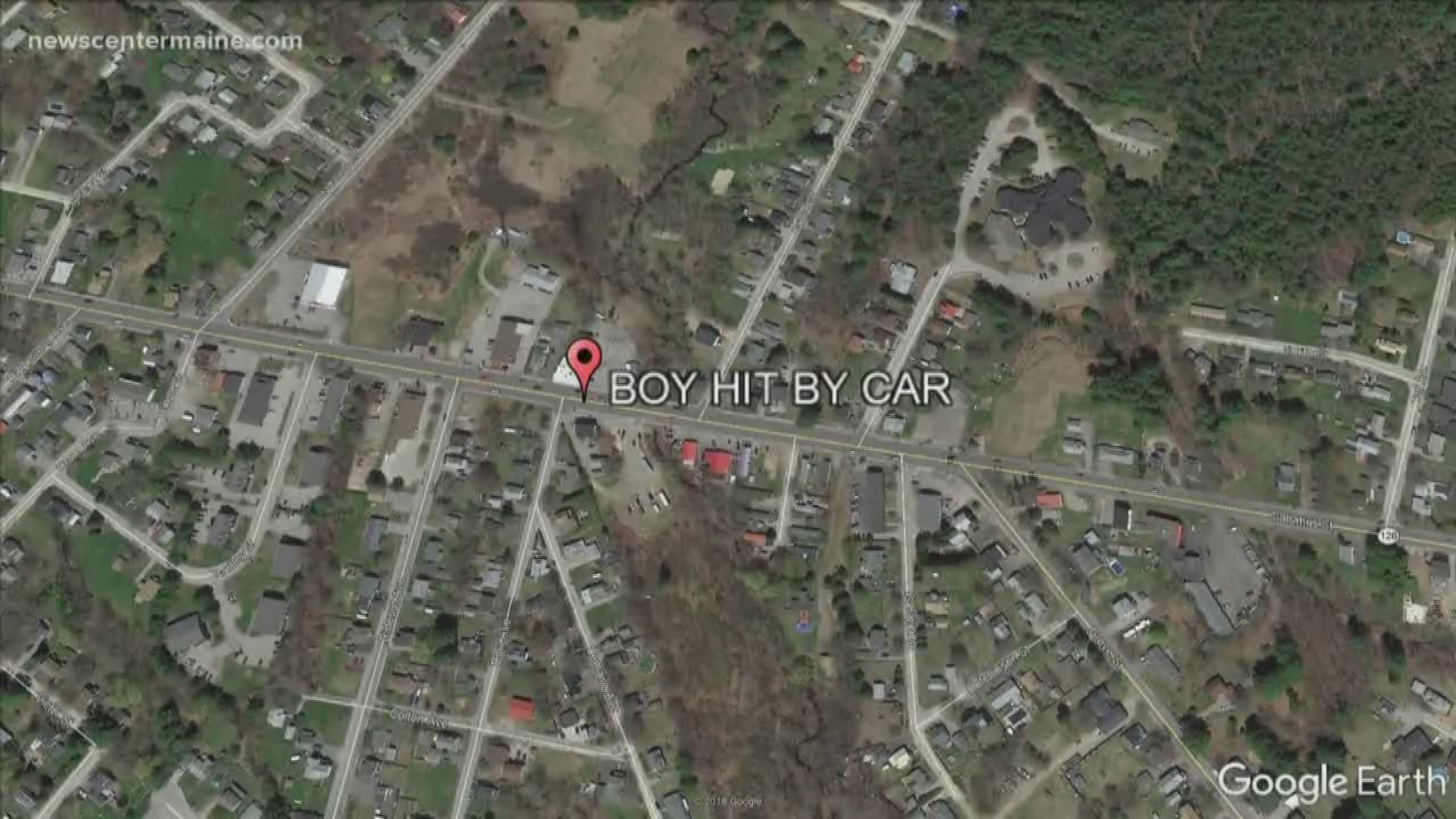 LEWISTON, Maine — A 10-year-old boy was seriously injured Monday when he was hit by a car while crossing Sabattus Street in Lewiston.

The collision between the Subaru and child happened just before 7 p.m. in the area of 997 Sabattus St., or Route 126, near Dow Avenue.

Lewiston Police Lt. David St. Pierre said there was no indication that drugs, alcohol or speed were factors, and that it appeared Hussein was crossing the road with some of his cousins or relatives when he was struck.

Detectives were still investigating Monday, speaking with witnesses and resconstructing the scene. No one had been charged, Lt. St. Pierre said.

Police said the driver, Linda Vigil, 75, of Sabattus, was not injured. Her car was towed for a vehicle autopsy to be completed in the near future.