Governor LePage says everyone "dropped the ball" in the case of 10-year-old Marissa Kennedy. 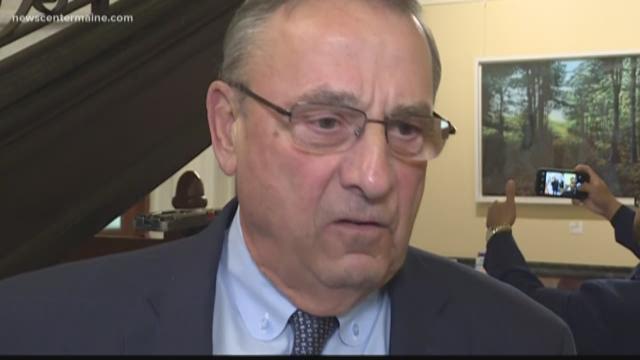 LePage says state agencies and all those required to report abuse "dropped the ball" in the case of Marissa who reportedly suffered months of daily beatings at the hands of her mother and step-father, Sharon and Julio Carrillo.

►REMEMBERING MARISSA: The tragic story of a 10-year-old's death

The Governor made his first comments on the case Wednesday. He told NEWS CENTER Maine he is “very concerned” about how the child died and the fact that no one was able to intervene and prevent her death.

The Governor said he tried to toughen Maine child abuse and domestic violence laws in the past, but said the Legislature had opposed those efforts. LePage said he believes the Maine State Legislature is partially to blame saying, "mandatory reporting is not working."

"The whole system is flawed...We say we want to protect these kids but what we put in place isn't adequate."

LePage says Maine laws are weak and that Marissa's death should have been prevented.

"In this particular case, it is a comedy of errors both at DHHS, CDS, the mandatory reporters from the schools, law enforcement...everybody messed this up."

LePage said he would be getting a full briefing on the case Wednesday afternoon. The Governor also acknowledged DHHS had involvement with Marissa Kennedy’s family before she was killed, and had prior involvement with 4-year old Kendall Chick of Wiscasset, who died in December, allegedly at the hands of the woman who shared a home with the girl’s grandfather.