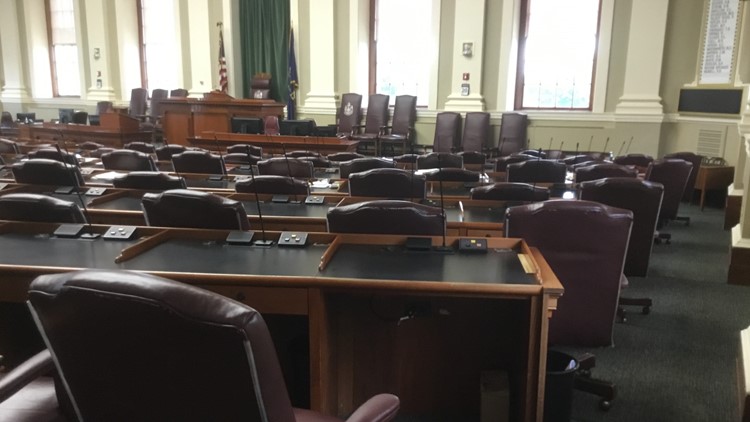 Legislature goes home after all-nighter, with some work left undone

AUGUSTA, Maine — The Maine Legislature has wrapped up business for the year and gone home.

Lawmakers worked all Wednesday night and finally adjourned at 6:30 in the morning. But they may need to come back some time this summer to finish one of their major tasks.

RELATED: Maine lawmakers work through the night passing at least 78 bills into law

Lawmakers passed a number of bills, but Democrats and Republicans could not agree on new bonds for transportation, broadband expansion and other needs. Those items were part of a $239 million bond package favored by Democrats. But House Republicans say they objected to voting on the total package. Instead, they favored voting on a stand-alone, $105 million bond just for transportation.

Neither proposal found enough support, so no bonds were approved.

A transportation bond has become an annual need to pay for repairing roads and bridges. Several of the other issues are top priorities for the Governor. Mills told reporters Thursday they will look at options, including calling lawmakers back over the summer months.

"I think people need a rest from the session," said Gov. Mills. "It's been a long, very productive session, and in the coming weeks and months, we’ll be talking about what we can do to get a bond package done. I think people just need a break.”

The Governor can call lawmakers back for a special session if she wants, or House and Senate leaders can summon them.

Assistant Senate Democratic Leader Sen. Eloise Vitelli suggested that might be the answer to the bond problem.

"I agree with the Governor. It’s a first step, and we will come back at it," said Vitelli.

Gov. Mills says she recently signed an order to sell bonds previously approved by voters, which she says will provide funding for the MDOT for current projects -- meaning the lack of a new transportation bond would not cause any immediate problems.

Legislators, however, say they hope a bond can be approved and sent to voters in November to avoid any interruption to the DOT funding stream.