Lawyer for York County Sheriff's deputy: 'I have never seen the likes of this' 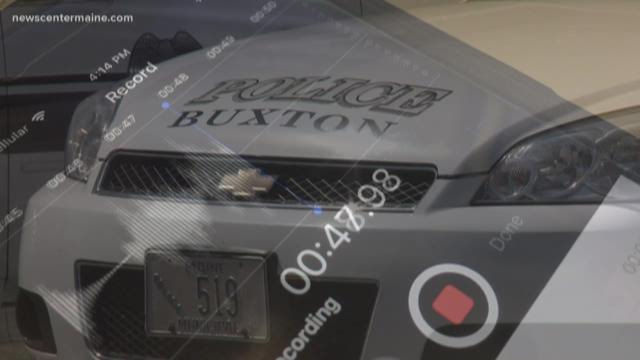 (NEWS CENTER Maine) -- The lawyer for one of the two York County Sheriff's deputies accused of shaking down a man for money on behalf of a former Portland Police officer shared her client's side of the story about the incident for the first time Thursday.

"I do not understand how this case got to where it is. York County Manager, Greg Zinser, DA Slattery and the Commissioners seem to be satisfied passing judgment on a situation where only one side has been reviewed and considered. According to a letter sent from Greg Zinser to DA Slattery in the beginning of August, the only material sent to her was a federal complaint filed by John and Jane Doe, which every lawyer knows is not evidence of any kind.

I am disappointed that after announcing an “inherent conflict” with her office, DA Slattery waited over a month to announce the conflict, and in spite of the conflict, she reviewed the material and referred the matter to the AG’s Office. This was after she was offered full cooperation and participation by Sgt. Hayes and Det. Vachon through their counsel. Her only response was that she could not speak with us, and the matter was between she and the Commissioners. I have never seen the likes of this.

Sgt. Hayes and now Detective Vachon regret language they used during their investigation; however, but for their willingness to be completely transparent in their police work, York County citizens would have likely been on the hook for far more than the small settlement that was paid. A cost benefit analysis of further litigation versus settling for a small percentage of what was originally demanded was likely a large factor in the decision to settle. It is also likely that Plaintiffs decided to settle when they realized there was actual documented evidence of what occurred, which does not remotely match what they allege in their Complaint. It is striking that Sgt. Hayes, nor Detective Vachon have never once been asked to discuss what occurred on September 1, 2011.

The entirety of the case file, including, but not limited to: reports from MA State Police, Foxboro police, a narrative report of Sgt. Michael Hayes detailing multiple interviews with witnesses, as well as follow up calls to verify certain information, and recordings of the same-- has been reviewed by two experts in police investigations and officer internal investigations. Both experts independently came to their own conclusions, which mirrored the other. Sgt. Hayes and Detective Vachon welcome any further review of this matter and will fully cooperate in anyway possible should further inquiry occur.

This is a huge distraction and is nothing more than a political ploy kicked off by persons with a vested interest in the upcoming Sheriff's election.

The York County Commissioners received six emails from York County citizens, most of whom have relatives who work at the Sheriff’s Department--five of the emails contained exactly the same content, except for the signature line. It is dirty pool and should be called out for what it is.

For my client, the most upsetting part of this is that he is being tossed aside like the morning trash by a few of his brethren and their family members who are disgruntled with the current administration, and are using these excellent police officers and human beings to advance their political agenda. It is quite contrary to how the other side seems to be running its campaign.

Because of the selfish actions of a few, Sgt. Michael Hayes has been devastated by this. In spite of being a political pawn, he is still out there protecting all of us with everything he has each and every week. We are all much safer because of him, as well as many other of the excellent law enforcement officers at the York County Sheriff’s Department."

NEWS CENTER Maine also reached out to Detective Bill Vachon, but we have not received a response.