The Frank J. Wood Bridge carries Route 24 across the Androscoggin River from Brunswick to Topsham. 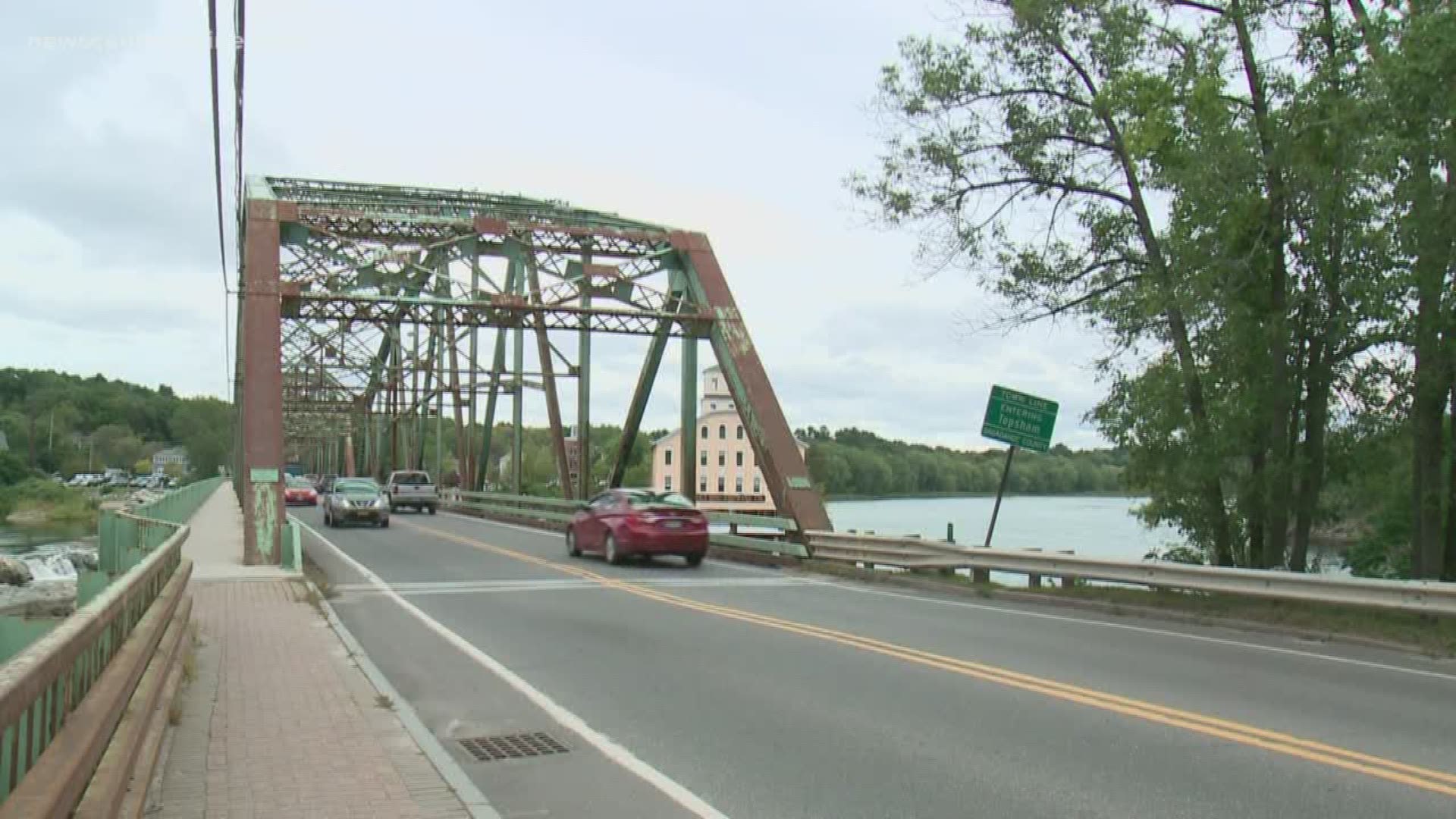 TOPSHAM, Maine — Historic preservation organizations on Friday filed suit against state and federal officials alleging they circumvented the legal process before opting to replace, and not restore, the Frank J. Wood Bridge.

The 1937 bridge carries Route 24 from Brunswick to Topsham over the Androscoggin River. A new bridge is currently slated to be built beginning in 2021.

Plaintiffs seek an injunction preventing any further planning, acquisition of rights-of-way, financing, contracting or construction of the planned bridge.

In March, the Federal Highway Administration concluded an environmental study of the bridge and determined that replacing the bridge would have no significant impact.

Attorney Sean Mahoney of the Conservation Law Foundation, one of several attorneys representing the plaintiffs, alleges the MDOT only began to study environmental and historic preservation impacts after it had decided to replace the bridge, based their decision on inaccurate data, and presented inaccurate cost estimates to make replacement seem a more palatable choice.

“This iconic historic bridge is a beloved landmark,” Paul Edmondson, president and CEO of the National Trust for Historic Preservation, said in a release. “Fortunately the law requires that transportation projects should not destroy historic properties if a feasible and prudent alternative exists. We are confident that once an accurate comparison is done, the preservation option will emerge as truly a win-win solution that will fully address the community's transportation needs, and retain this treasured historic bridge.”

In a statement Monday afternoon, MDOT spokesman Paul Merrill said the department's engineers deny the allegations in the complaint.

"The decision was reached for this project after a fact-based and thoughtful, two-and-a-half-year-long engineering and environmental assessment overseen by the Federal Highway Administration," Merrill said. "[MDOT's] job is to ensure public safety and be responsible with public funding; our conclusion on this project achieves both.”

Merrill said the bridge is slated to go out to bid in August 2020, with construction starting as early as winter 2021 and lasting approximately two-and-a-half years.