Maine State Police say there is no current evidence of planned protests or violence in Augusta, but they are prepared to respond in the event of an incident 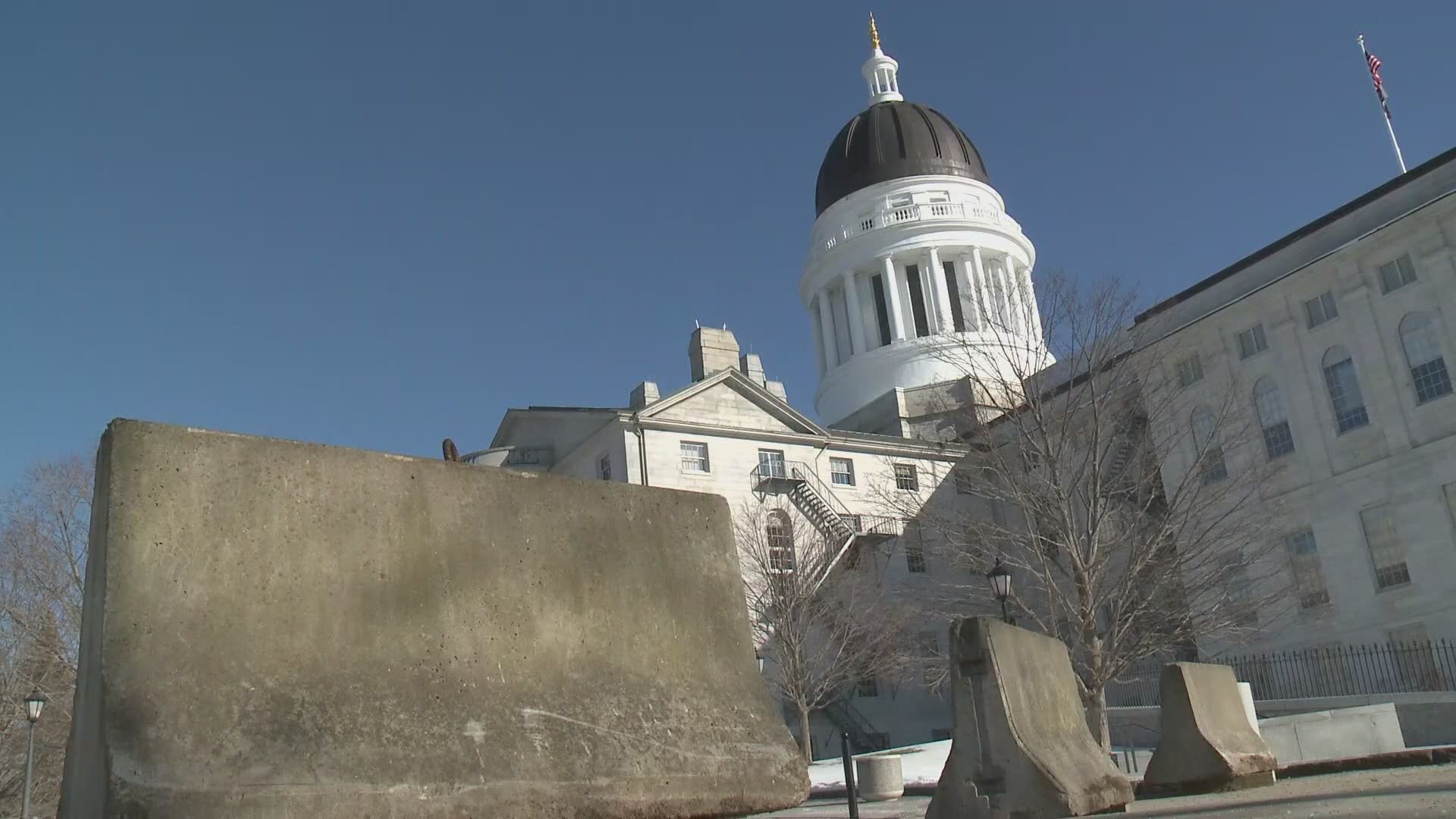 AUGUSTA, Maine — Security is heightened at the Maine State House in Augusta Wednesday, as law enforcement braces for any potential threats or violence.

"The Maine Department of Public Safety, through the Maine State Police and its Maine Information Analysis Center (MIAC), continues to monitor intelligence and receive and analyze any relevant and credible information from the public and Federal partners in order to maintain situational awareness and plan for potential events in Maine," Maine State Police spokesperson Katy England said.

There will be an increased police presence in Augusta today. Multiple Capitol Police cruisers are patrolling this morning, which is noticeably more than most mornings I’m here. Multiple law enforcement bodies are communicating on response to potential threats @newscentermaine pic.twitter.com/4BYyDuC8c5

Law enforcement has been bracing for potential threats at the state capital since the FBI posted an internal bulletin warning of nationwide protests that may start later this week and extend through the Jan. 20 inauguration.

England tells NEWS CENTER Maine "in conjunction with Capitol Police and local law enforcement, such as the Augusta Police Department and other surrounding departments, has stood up a unified command center led by the Maine State Police to prepare for and respond to any potential events."

According to England, the Maine National Guard has been included in that planning.

Additional safety measures have also been taken at the State House. Concrete barricades have been places in the area between the State House and the Cross Office Building.

Capitol Police in Augusta have also consolidated entrance points at those two buildings and have established additional security screening procedures.

The Capitol has been closed to the public due to the pandemic and is only accessible to lawmakers, state government employees, or others with authorized key cards.