Kittery hosted an Independence Day celebration the weekend before the 4th of July with a reading of the Declaration of Independence by a Maine native who signed it. 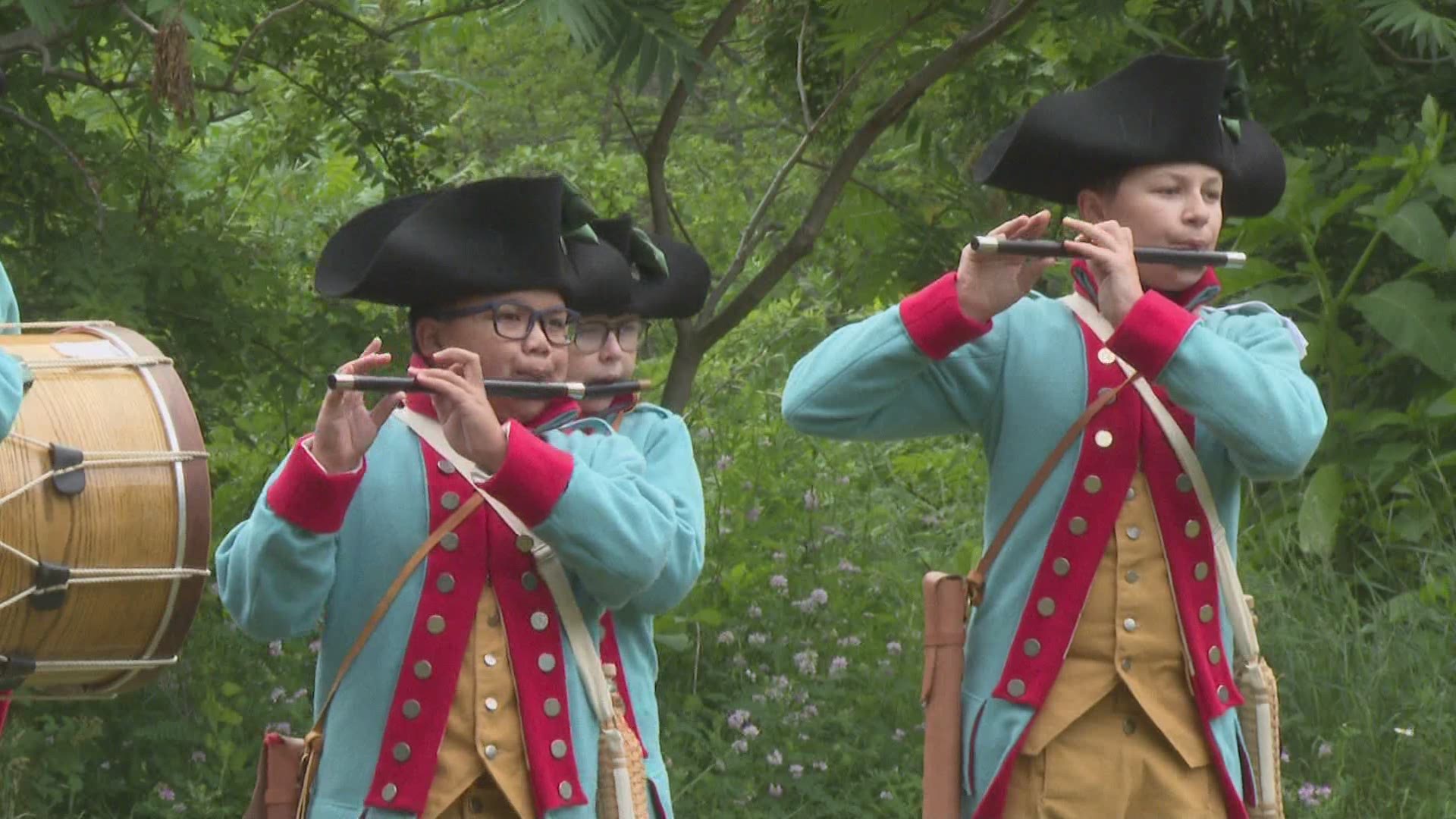 To kick off 4th of July festivities, the town of Kittery hosted an annual event this weekend to celebrate Independence Day. The event included a reading of the Declaration of Independence, performed by an actor playing the only Maine native to sign it.

“Kittery is also the oldest town in the entire state of Maine, so we think it’s appropriate to kick off the fourth of July season here in the oldest town with a reading of the Declaration of Independence by the only native Mainer who signed it,” said celebration organizer D. Allan Kerr.

Members of the community gathered at Memorial Park right next to Kittery town hall for Kittery’s 4th annual Independence Day celebration. The event started off with a small march by the Color Guard of Portsmouth Naval Shipyard and the Piscataqua Rangers Junior Fife and Drum Corps. Captain Henry Dearborn’s Company of Revolutionary War re-enactors were there along with an actor playing William Whipple, who read off the Declaration of Independence to the crowd. Members of Daughters of the American Revolution and Children of the American Revolution were also in attendance.

RELATED: Where to watch fireworks this 4th of July in Maine