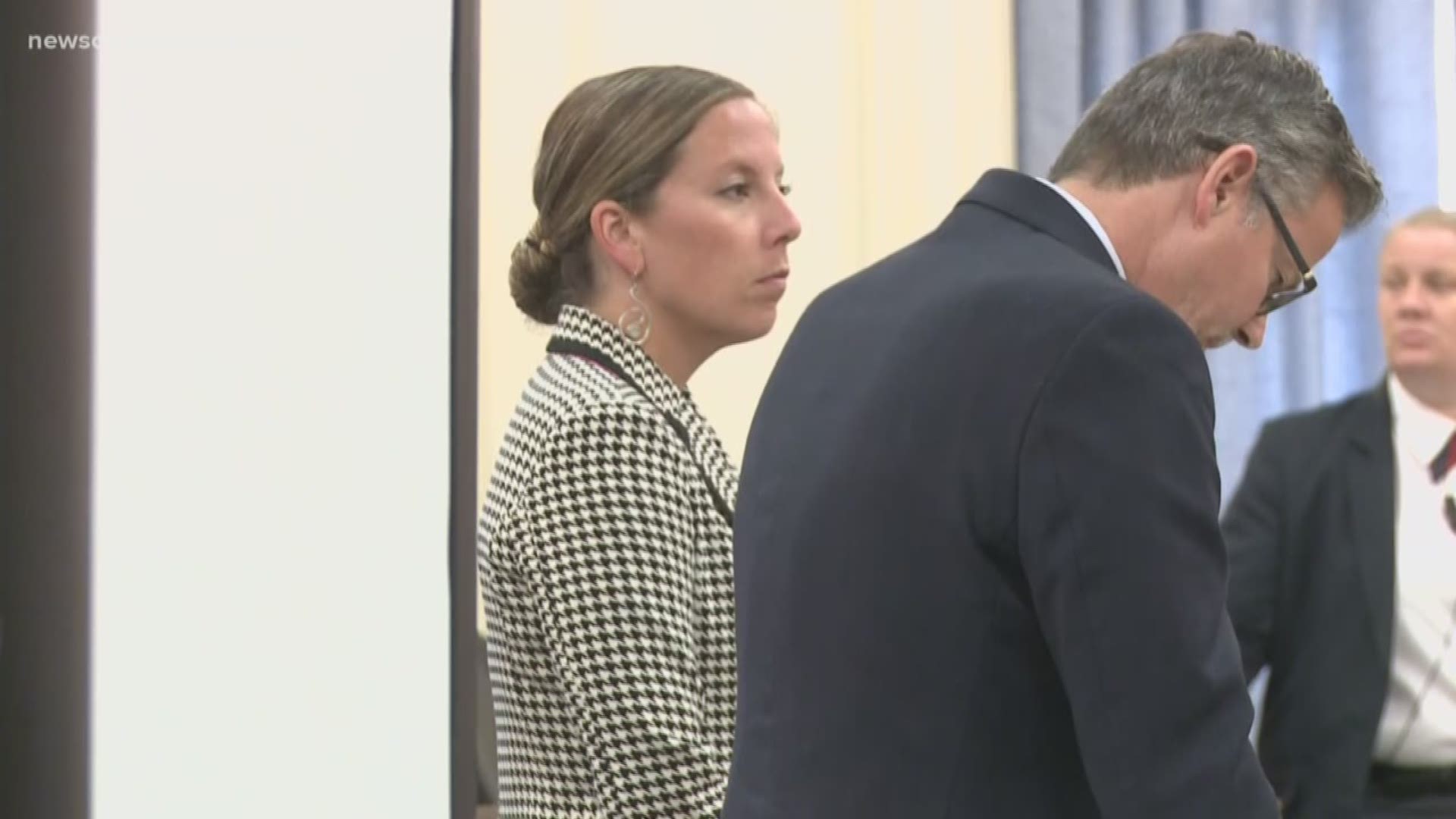 UPDATE: The jury has found Jill Lamontagne not guilty of sexually assaulting her student, according to a county clerk.

The jury deliberated for less than two hours before reaching a verdict. Lamontagne was tried on 14 charges, including six felony charges of gross sexual assault.

ALFRED (NEWS CENTER Maine) -- Closing arguments were heard in the case of Jill Lamontagne, a former Kennebunk High School teacher accused of having a sexual relationship with a student who attempted suicide.

Lamontagne's attorney maintained her innocence, admitting she did offer to help the student through issues, but nothing sexual ever occurred.

"Why would defendant take the stand?" he asked. "It’s frightening to sit in that box, tell a jury what happened, and be subject to cross-examination by experienced prosecutors. But today the defendant took the stand because for the first time in over a year, she had a chance to tell her side of the story."

Meanwhile, the student's attorney insisted he was telling the truth.

"This is not just a case about sex. There is more to this. This is a case of power and manipulation. This is not about a female defendant and a male victim. This is about a teacher, a 28-year-old adult, a mentor, school mom as you’ve heard."

The jury will begin deliberations and we'll have additional developments later Thursday.