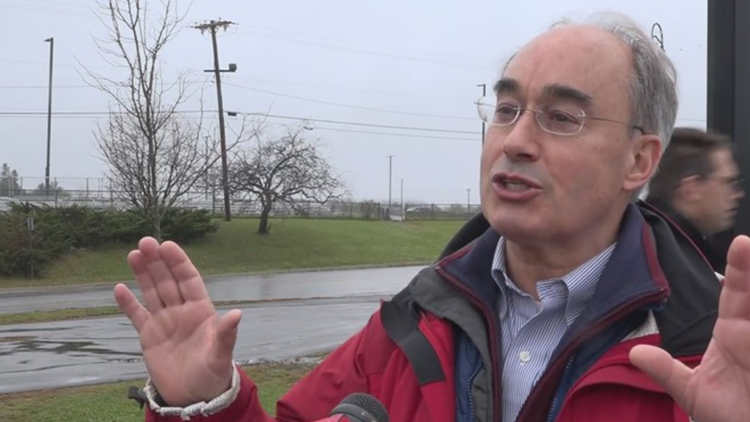 Photo by: NEWS CENTER Maine
Rep. Bruce Poliquin on Election Day said if he could do anything differently he would have voted for himself twice.

Rep. Poliquin's lawsuit, filed Tuesday with three others, called into question the constitutionality of ranked-choice voting and asked for an emergency temporary restraining order to halt the ballot tabulation process by the Secretary of State's Office.

Maine voters and candidates should find out at noon Thursday who the winner in the nation's first federal race to use ranked-choice voting will be.

RELATED | Poliquin and others file suit to block ranked-choice voting

Dunlap's office says they have processed all the ballots from Maine's Second Congressional district and at noon they will begin an expected five to six-minute process that will declare either incumbent Republican Bruce Poliquin or Democrat Jared Golden as the winner.

Last week Maine's 2nd Congressional District election between Poliquin (R) and Golden (D) failed to produce a candidate with a majority and so has become Maine's first federal race to be determined by ranked-choice voting.

Poliquin claims he had about 2,000 more votes than Golden on election night and should be named the winner despite the fact that Mainers voted for ranked-choice voting in 2016.