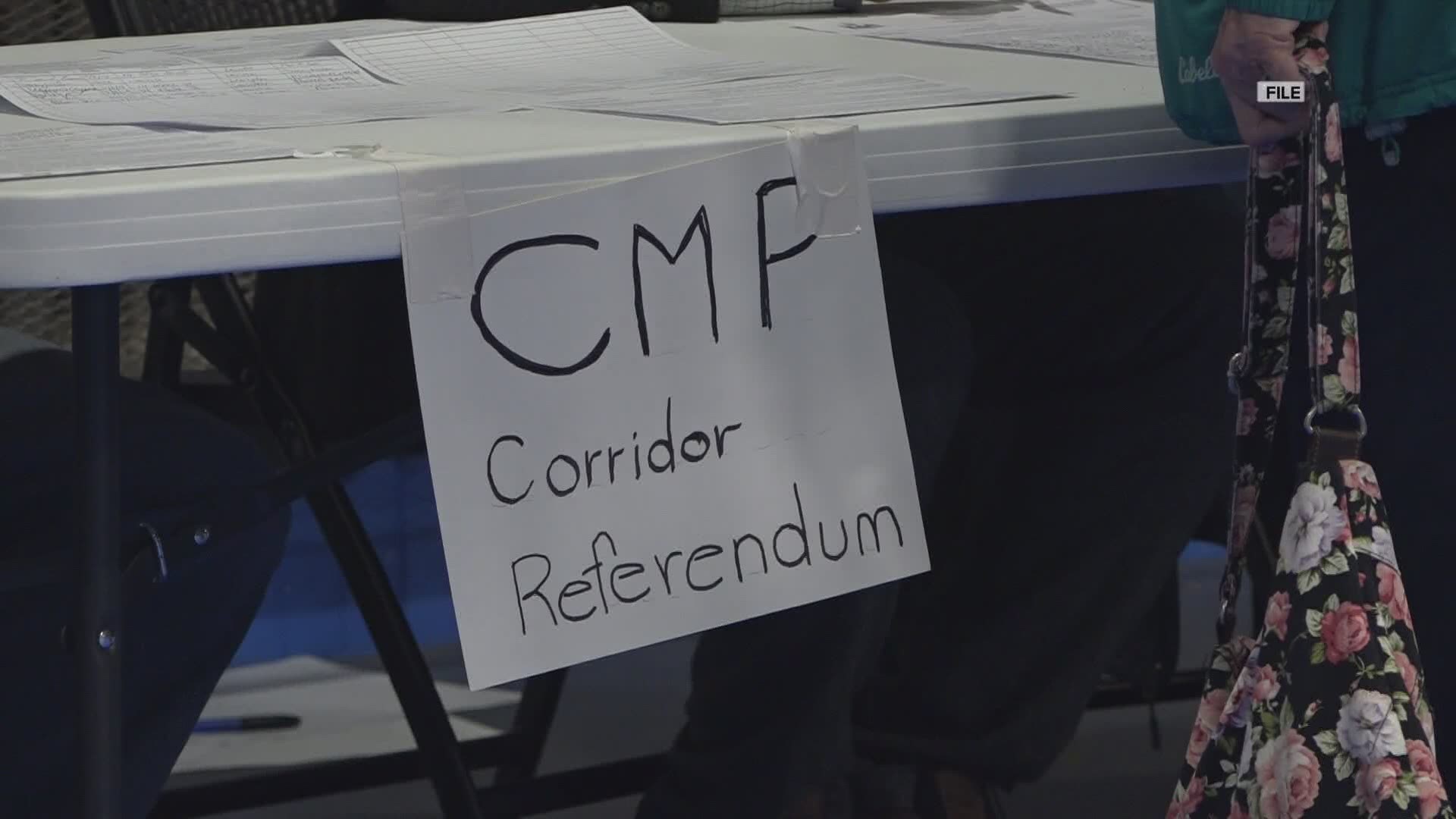 AUGUSTA, Maine — A judge declined Monday to remove a referendum on a $1 billion hydropower transmission project from the November ballot, ruling that constitutional questions can be addressed later if the referendum is enacted.

Superior Court Justice Thomas Warren said in his ruling that the lawsuit raises important questions about the separation of powers under the Maine Constitution but said the “substantive challenges to the validity of the proposed initiative may not be reviewed at this time.”

The New England Clean Energy Connect Group released a statement after the decision:

'We are disappointed by the ruling of the Superior Court to allow the ballot initiative seeking to block the NECEC project to move forward, and not to resolve the constitutional challenge at this time.

The Secretary of State sent a clear and correct message that the ballot initiative exceeds the scope of the people’s authority to legislate under the Constitution. The actions proposed by the referendum violate the limits on the exercise of the power by referendum under the constitution and therefore are unconstitutional.

We are not alone in this opinion.  The Industrial Energy Consumers Group and the Chamber of Commerce supported our request to the Court.  We all believe in the benefits of the NECEC project and collectively, we will continue to pursue efforts to educate Mainers on these benefits.

We will review this latest decision and evaluate next steps.'

The lawsuit brought by Avangrid, the parent company of Central Maine Power, questioned the constitutionality of the referendum proposed by opponents of the New England Clean Energy Connect (NECEC). In March, Maine Secretary of State Matthew Dunlap found that the people’s initiative effort “To Reject the New England Clean Energy Connect (NECEC) Transmission Project” had enough valid signatures to get on the state’s general election ballot this November. It also contends the referendum violates the state constitution’s separation of powers.

Maine Secretary of State Matthew Dunlap agrees on the constitutional issue but proposed keeping the matter on the ballot as an advisory referendum.

The referendum was originally envisioned as giving voters the final say on the New England Clean Energy Connect, which has received approval from the Maine Department of Environmental Protection, Maine Land Use Planning Commission and Maine Public Utilities Commission.

The project calls for construction of a 145-mile (233-kilometer) high-voltage power line from Mount Beattie Township on the Canadian border to the regional power grid in Lewiston, Maine. Most of the project would follow existing utility corridors, but a new path would have to be cut through 53 miles (85 kilometers) of wilderness.

Supporters say the project would reduce carbon pollution and stabilize utility rates. Hydro Quebec would be the energy supplier.

Critics say the project would spoil part of Maine’s North Woods and that the environmental benefits are overstated.