On Monday, July 27, Jester's and City Side Restaurant in Brewer announced they were closing, effective immediately. 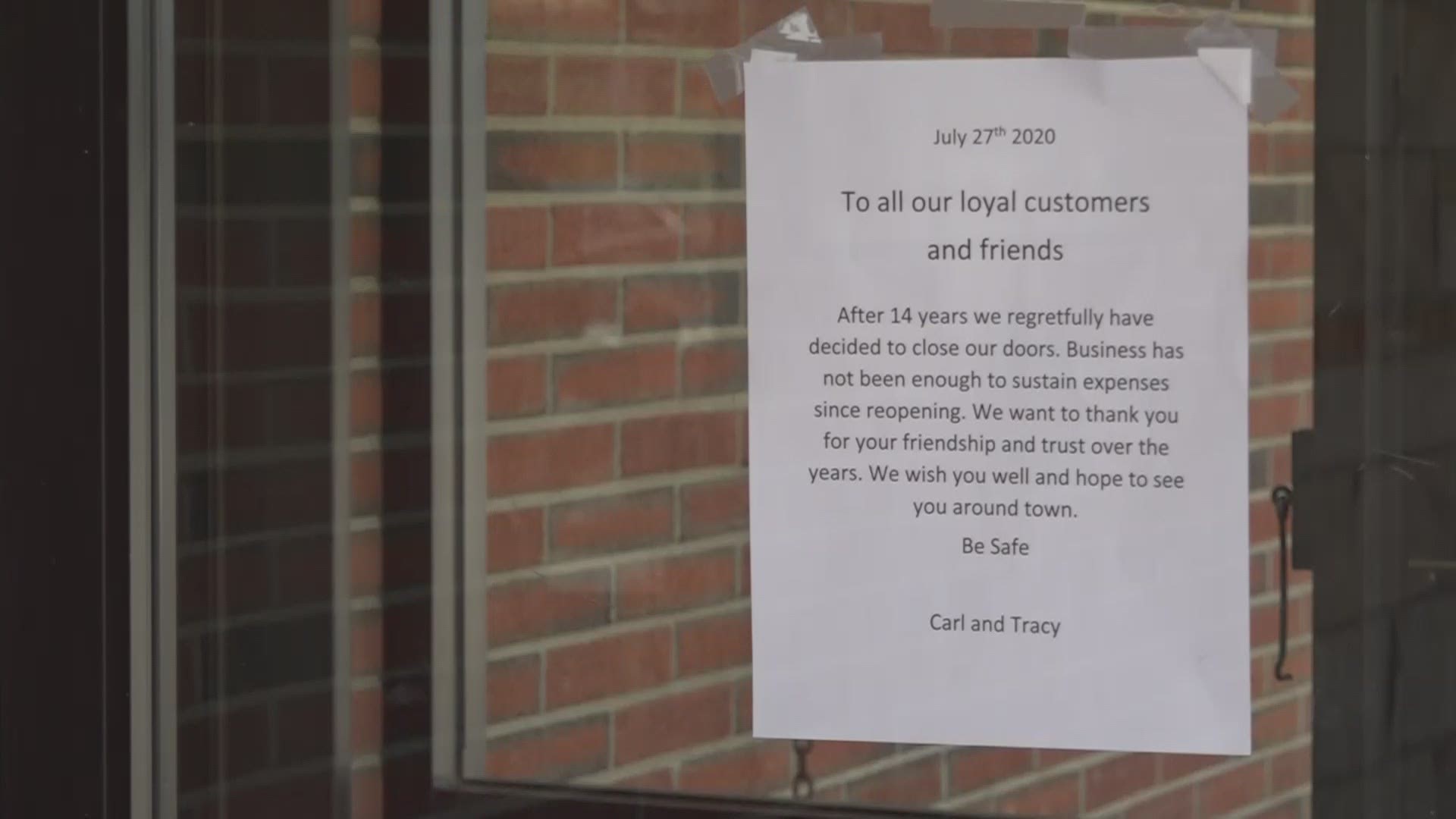 BREWER, Maine — The squeal of Shop ‘n Save grocery carts are loud at the North Brewer plaza – but this area will likely look a bit quieter these days. On Monday, Jester’s and City Side Restaurant announced suddenly that they were closing, effective immediately.

The announcement didn’t come as a surprise to just the community, though. Employees say they found out about the news – that they were losing their jobs at establishments that have been around for more than a decade – via text message at 3:30 that morning.

“At first, honestly I thought, ‘This can’t be right,’” Jester’s bartender Crista Jakacky admitted to NEWS CENTER Maine in front of the bar’s entrance the next day. She was the one who had to go onto Facebook and relay the unfortunate news to their followers, some of whom are regular customers Jakacky says she has known for years and is going to miss a lot.

Employees at Jester's and City Side Restaurant in Brewer are unemployed after the owner closed the establishments Monday. Some are upset, saying they found out via text message the morning of at 3:30. Those reactions on @newscentermaine at 6 a.m. #wakeMEup
PC: Crista Jakacky pic.twitter.com/tUjmtuQh2Q

“The industry is not easy, but you make a lot of friends that become more than that, you know? Both in customers and employees,” Jakacky expressed. “That’s probably going to be the hardest part.”

To her and a number of the other workers, Jester’s and City Side Restaurant felt like family and a home away from home. It’s why they say they were hurt by the way they found out – a message sent to everyone, reading: “I am very sad to say that I have closed the business as of today. Thank you for your hard work.”

“Tracy (the owner) is an amazing person. She really is – and I just wish it could’ve been done a little bit differently,” Sara Sergi, a waitress at City Side Restaurant, told NEWS CENTER Maine. Her situation is perhaps a bit more challenging than others’, too. She met her fiancée, Isaac Wentworth Robbins, while working there, and they have an 18-month-old daughter together. It’s a compelling love story; but now, they are both unemployed.

“I enjoyed this business. I enjoyed working here,” Robbins said sadly. “It’s just sad to see all these places closing because of the coronavirus.”

RELATED: Keep ME Open: Coffee Break Cafe feels the impact of the coronavirus

These employees say they had reopened about a week after restaurants were allowed to let customers back in. The bar at Jester’s was apparently doing quite well – but a lot of the regular customers at City Side Restaurant are in their 80's and 90's. Workers say many didn’t come back because of a fear of COVID-19. As a result, neither the bar or restaurant could pull through.

Now, this work family is onto the next chapter – hoping to find jobs that will fit into their lifestyles and provide a paycheck in a time when so many are unemployed.

“There were many of us that were here for a very long time – so that kind of makes it even more difficult,” Jakacky said.

NEWS CENTER Maine reached out to the owner for comment but did not hear back.

RELATED: Keep ME Open: Orono Trampoline Park is back bouncing in action