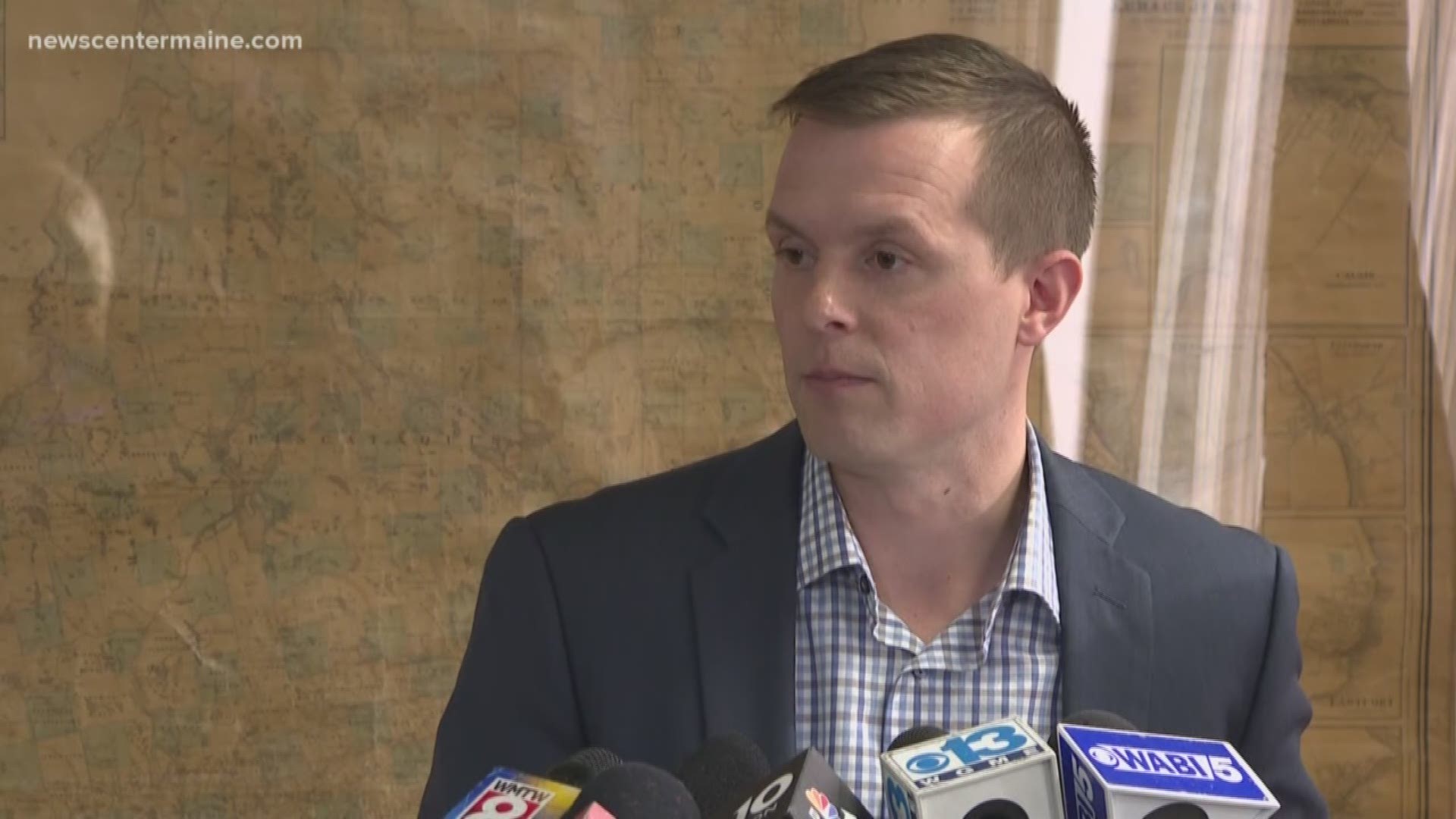 AUGUSTA (NEWS CENTER Maine) — Democrat Jared Golden has won a seat in the U.S. House of Representatives for Maine's 2nd Congressional District in the nation's first federal race to be decided by ranked-choice voting.

Golden beat out incumbent Republican Rep. Bruce Poliquin, who has been representing Maine's 2nd District in Congress since 2015, with 139,231 votes. Poliquin received 136,326 in the ranked-choice voting tabulation.

Round 1 of Ranked Choice Vote

Round 2 of Ranked Choice Vote

"I think this was a good system, and one that's worked well," said Representative-elect Golden during a press conference following the final tabulations and results. 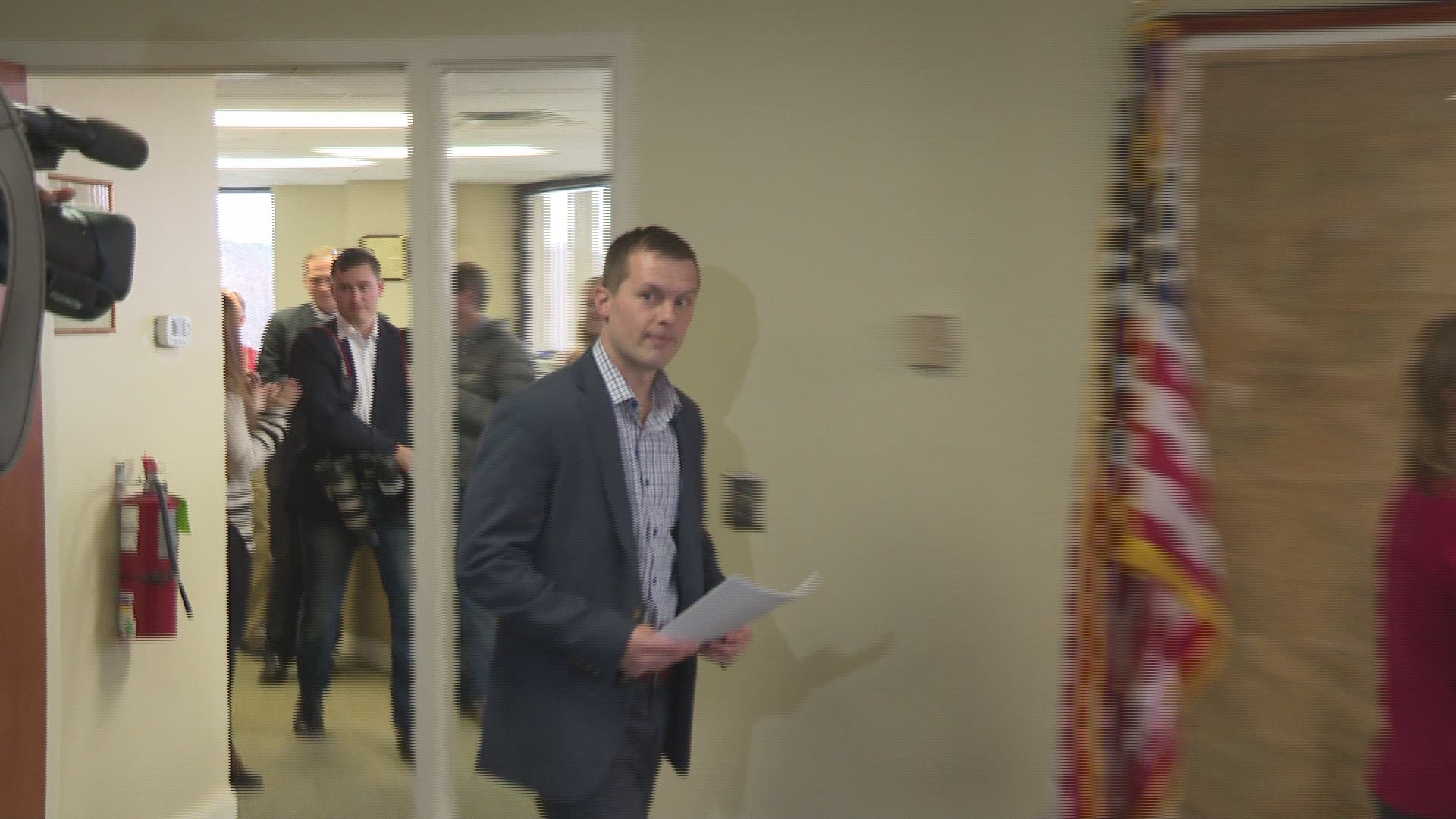 During his victory speech, Golden said he would expand affordable health care, and protect social security and Medicare.

"I won't vote to take coverage away from you or let insurance companies discriminate against sick Mainers," said Golden. "These are not radical demands. These are the demands of regular people, Democrats, Republicans, and Independents who recognize that we all do better when all of us get ahead together."

Rep-elect @jared.golden thanks the Maine voters for electing him. @newscentermaine #me02 #mepolitics #midtermelections #midterms2018 #election2018

"Imagine what Congress could do if we had more leaders like that in Washington: people willing to take responsibility and focused on delivering real results that matter. That's the kind of leader I look up to, and that's the kind of going to work hard to be for you in Washington," he said.

Now is the time to govern. That means working with lawmakers across the political spectrum to find solutions that move us all ahead. Again, I am both honored and humbled to continue my service to Maine and our country. #mepolitics

The results of the race came eight days after election day. Because neither Golden nor Poliquin snagged a majority of the votes, the race went into ranked-choice voting that was passed by Maine voters in 2016.

It has taken Maine's Sec. of State's Office that long to tabulate ballots from all the municipalities in Maine's 2nd District but only took minutes to run an algorithm that counted the second choice votes from ballots that had been cast for the losing candidates in the four-way race. Mainers and people across the nation have closely watched the contested race especially after Poliquin filed a lawsuit along with three other litigants, just days before the winner was declared, asking a judge to halt the ranked-choice voting tabulation calling it unconstitutional. A judge denied that order just hours before Golden was announced the winner on Thursday, Nov. 15, 2018.

“It is now officially clear I won the constitutional “one-person, one-vote” first choice election on Election Day that has been used in Maine for more than one hundred years. We will proceed with our constitutional concerns about the rank vote algorithm.”

"That's his right and that's his decision to make and I respect that," said Golden.

"I have no idea what's going to happen. I haven't had time to read the legal briefs," said Secretary of State Matt Dunlap. "We have an incredibly capable staff working on that, and I have a lot of faith in the judicial system to do the right thing by us."

In dozens of congressional races over the last 40 years, Maine voters have almost never tossed an incumbent out of office.

Golden, a military veteran and two-term state representative, lives with his wife in Lewiston.

He said, when he is not busy, he enjoys the outdoors, shooting, hiking and reading up on history.

"I'm a bit of a history buff. Early on in life, I was really into reading about Gettysburg and all those good things," Golden said.

The 36-year-old tried to distance himself from the far left of his party in the hopes of reaching voters who would not back Democratic candidate Emily Cain two years ago.

"Instead of spending my weekends raising money, I'm going to get back to Maine on the first plane," Golden said of freshmen congressional representatives who typically need to spend time fundraising in order to win re-election.

His goal, Golden told NEWS CENTER Maine, was to stay true to his Maine roots.

"They can try and make it about nasty attacks and trying to convince people that I'm something that I'm not," he said. "But at the end of the day every congressman has to come home every two years to explain why they voted the way they did on these big issues."

"I want to extend my congratulations to Jared Golden, who was fairly elected by the people of Maine’s Second Congressional District through our lawful ranked-choice voting process.

"The thoughtful consideration of the United States District Court for the District of Maine, which recognized that arguments attacking the constitutionality of the ranked-choice voting process are unlikely to succeed, validated our state’s lawful election process. The court’s opinion affirms what the voters in Maine have been saying for a long time: We want options for our congressional candidates, and we want to be able to take a chance on supporting independent voices without being stuck to the two major parties, which don’t work for a lot of us.