The name Patrick Stewart may bring another face to mind for Maine sports fans. 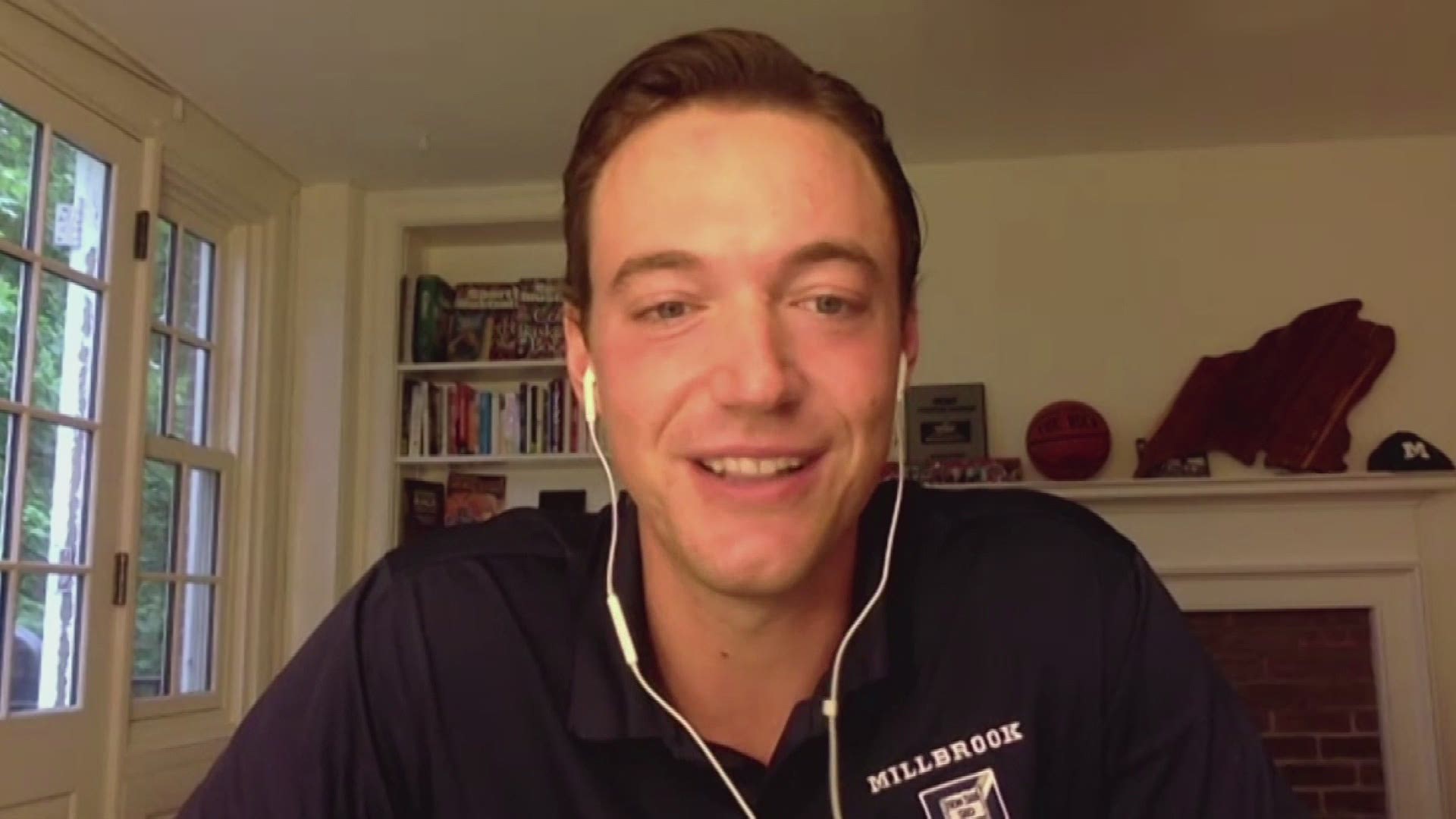 You might need to crank a phaser to its maximum setting just to light all the candles on Patrick Stewart's birthday cake. Stewart turns 81 years old Tuesday.

The classically-trained stage actor is best known for starring in a couple of huge science-fiction franchises. He played Professor X in the first round of "X-Men" movies and then assumed the role of Captain Jean-Luc Picard on "Star Trek: The Next Generation," which first aired in 1987. Now, more than 30 years later, Stewart is back in the captain's chair for the spinoff series "Picard," which is currently shooting its second season.

That long association with "Star Trek" has made Stewart a pop culture icon. But his name may bring another face to mind for Maine sports fans.

Yup, Maine has a notable Patrick Stewart of our own. He was a key basketball player for Bangor High School in their 2011 state championship season and continued to thrive at the next level, going on to score more than a thousand points at Colby College.

"My dad was a big Star Trek fan. And my mom, it was a family name for her. So my understanding, and you'd have to ask them for the specifics, but I think he might have been trying to sneak one by her and say 'Oh yeah, we should name him Patrick, like, really love that name.,'" he said. "And my mom said, yes, absolutely. It's a valued family name."

Stewart is now sharing the skills and lessons he learned in Maine with the next generation of players at a private school in New York, where he coaches the girl's varsity team. He said he owes a lot to the coaches from Maine who taught him not only to be a better player, but a better teammate.

"Definitely a lot of takeaways for us," he said. "Relationships are the most important thing. So really trying to get to know one another before we really dive into the basketball piece has been really helpful. Because we found when you really know the folks around you, it's really easy to go to bat for each other and play your absolute hardest."

Stewart also coaches tennis and teaches math at Millbrook Middle School and, in addition to sharing a name with the famous actor, Maine's Patrick Stewart turns 27 on Friday.

During Stewart's high school days, all of the coverage he got in NEWS CENTER Maine's sports highlights must have been especially confusing for Jonathan Frakes, who played Commander Will Riker alongside the other Patrick Stewart on "Star Trek."

Frakes and his wife, Jeannie Francis, had a home along midcoast Maine where they lived around the same time that Maine's Patrick Stewart was tearing up the local hardwood. You can just imagine how Frakes must have jumped a little every time he heard that Patrick Stewart had just drained a three-pointer.