‘It's just because of this little boy’: Hundreds ‘Convoy for a Cause’ for Enoch McGovern

Organizers planned the convoy to ensure 2-year-old Enoch, who almost died after being struck by a tanker truck, doesn't grow up afraid of big trucks. 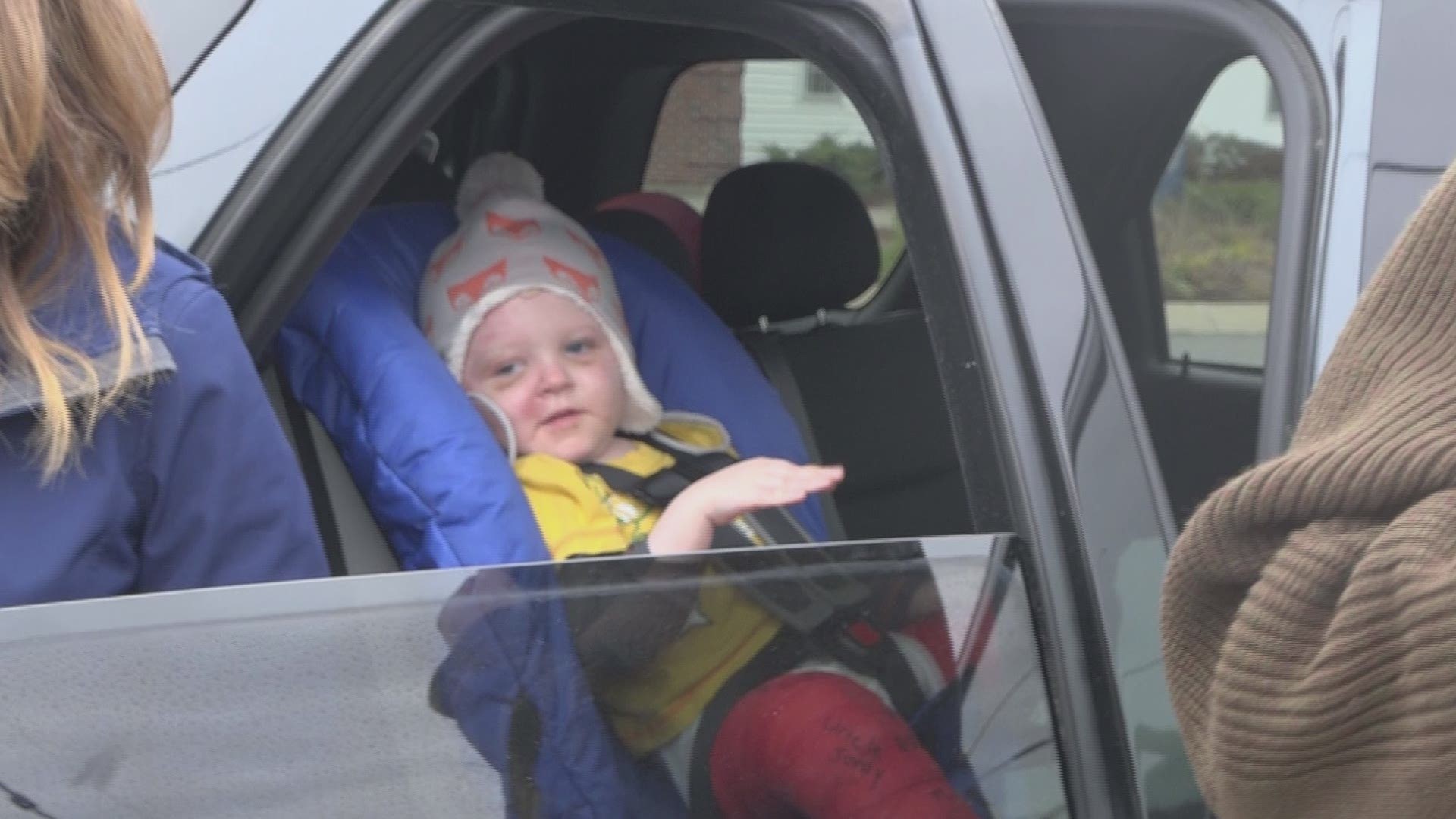 WINTERPORT AND HAMPDEN (NEWS CENTER Maine) – Saturday’s Nor’Easter wasn't going to stop the hundreds of people in 180 trucks and cars from coming out to Winterport, all to support one little boy.

2-year-old Enoch McGovern almost died a little more than three weeks ago, after being struck by a tanker truck with his mother, Heidi McGovern.

She ended her own life on October 4th by stepping in front of the tanker truck, holding Enoch in her arms along a stretch of Interstate 95 outside the town of Lincoln.

He was thrown away from the truck, landing in the passing lane of the highway.

Miraculously Enoch survived, and a group of strangers are working hard to ensure he doesn't grow up afraid of big rig trucks.

It's a "Convoy for a Cause" for Enoch.

RELATED : Hundreds turn out for Enoch's 'Convoy for a Cause'

Enoch's 'Convoy for a Cause'

"It's just because of this little boy,” said Convoy for a Cause co-organizer, Jason Perry.

"I don't want him being afraid of them and I want to show him that trucks are a great thing,” said co-organizer Troy Gamrat.

On a chilly Saturday morning, hundreds came out to show their support for Enoch, who has captivated the minds, and hearts, of thousands.

“Big bus,” said Enoch, while NEWS CENTER Maine’s cameras were rolling, and trucks were passing by.

A line of trucks farther than the eye can see.

“We know Enoch is a miracle,” said Mitchell Bickford. “A clear miracle. He should've died at the scene."

The Bickfords met the tanker truck driver involved in the incident for the first time Saturday, surrounded by a community of truck drivers at the convoy in Winterport.

Enoch was discharged from the hospital Wednesday and has been back home with family in Lee.

So, what's next for the McGovern family?

Even in their time of grief, the McGovern family continues to think of others above themselves.

“We’ve had all this support and I think of how many out there that don’t have support for the difficulties they’re going through,” said Mitchell Bickford.

Their final sentiment Saturday, a thank you, to the dozens of medical professionals who cared for Enoch, the hundreds of people who came out for the convoy Saturday and other events before, and the thousands who have sent cards, gifts, and positive messages on social media.

RELATED : 'My heart was telling me I had to do something':Organizer of convoy for Enoch McGovern

“We are overwhelmed with everybody’s goodness to us,” said Mitchell Bickford.