'It's a bully or be bullied situation': Parent speaks out about Perry Elementary School

A parent whose son previously attended Perry Elementary school is speaking out about the widespread bullying issue the school faces. 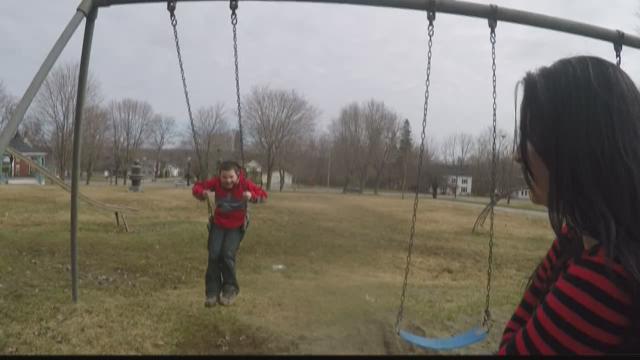 PERRY, Maine (NEWS CENTER) -- Parents are describing Perry Elementary school as a bully or be bullied school claiming bullying incidents are happening daily and are not being handled properly by administration.

"They threw scissors at him, they told him they were going to bring a knife to school and stab him" Kaitlin Scribner said. "It was continually every day after that incident".

Scribner's eight-year-old son Eric attended Perry Elementary school up until a couple weeks ago. Those threats were made by Eric's second grade classmates at Perry Elementary school -- and she says it happened more than once. It wasn't until Eric was punched in the back by another student that she was compelled to step in -- but Scribner says it didn't do any good.

"I had gone in twice to talk to the principal and it just got to the point that I saw nothing was going to be done" Scribner said.

Scribner claims that she's not the first parent that has called out the school's administration for their bullying policy. In fact, a group of concerned parents attended the last school board meeting calling on the Superintendent to do more with the allegations they receive. Including one parents whose son had his glasses broken and suffered a sprained wrist from bullying.

"I left the school board meeting with the principal will be in contact with me when the investigation is over" Scribner said. "Here it is almost two weeks later and I have heard absolutely nothing".

According to Perry Elementary's school handbook, they take bullying allegations very seriously and have certain procedures they follow for investigating -- however the form of punishment is up to the discretion of the teacher. NEWS CENTER spoke with the Superintendent of AOS 77, Kenneth Johnson, by phone. He stated that they cannot discuss any specific allegation due to confidentiality. He stated that all bullying incidents are investigated and that the final disciplinary act comes from evidence not sheer accusation.

Scribner made the decision to have Eric transferred to a new elementary school -- she says so far things are going great there. She also feels the school's bullying policies need to be looked into to prevent future situations like the ones her son faced.

I hope that they make changes so that there are consequences for their actions and that teachers start caring and listening more" Scribner said. "They need to feel safe, how else are they going to learn if they are constantly worried or scared".