It doesn't get fresher than boat-to-plate scallops

You've likely heard of farm-to-table, but what about boat-to-plate? Fresh, local seafood is one perk to living in Maine. We're following the journey of a scallop from the dredge, to the dock, to your dinner plate. 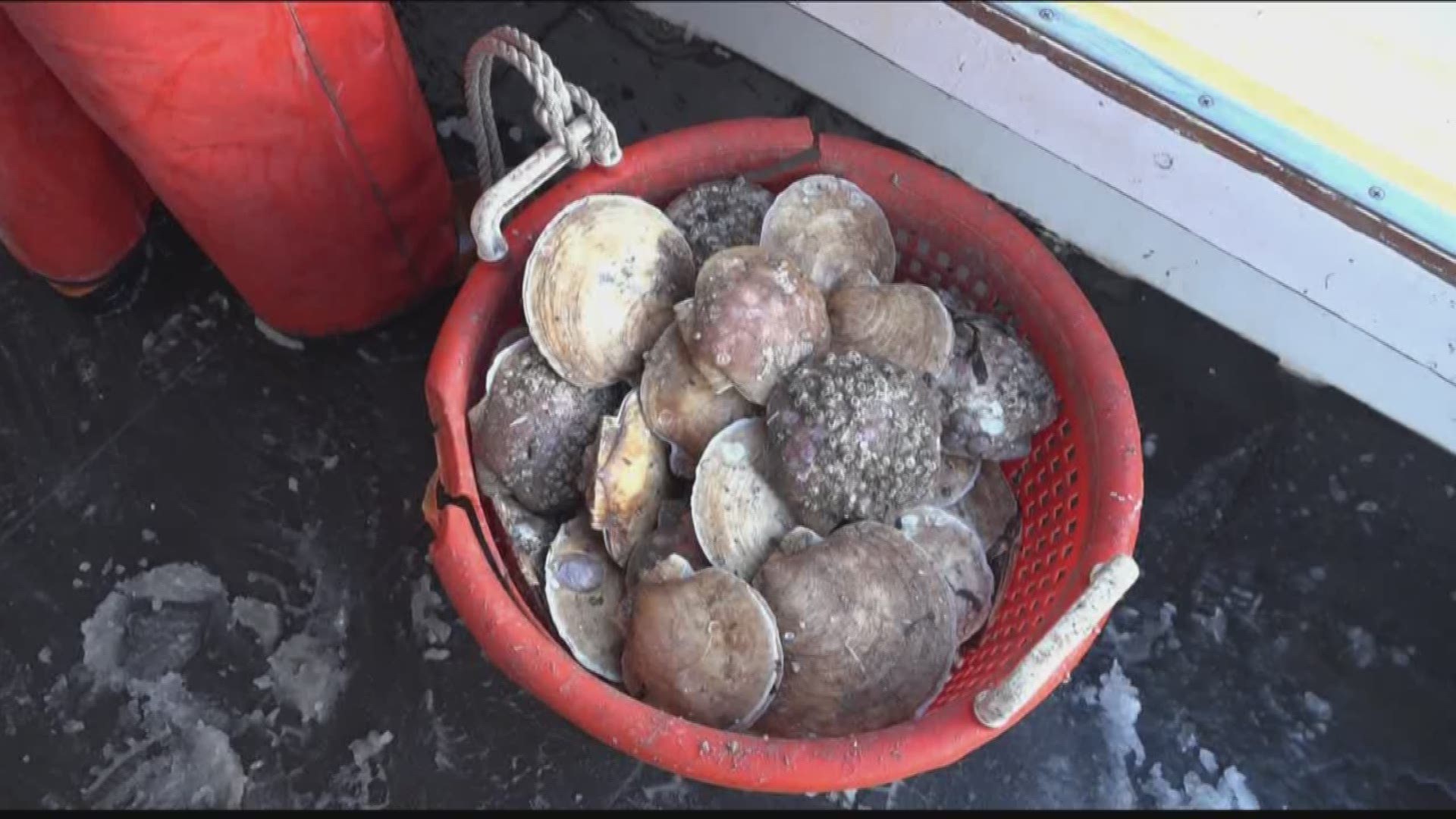 PORTLAND (NEWS CENTER Maine) -- The Jacob & Joshua fishing boat is dockside at daybreak and the crew requires a couple different forms of fuel: gas and coffee.

The sky is a mix of purple, pink, and yellow.

When in Maine, there’s reason to be out on the water year-round ❄️ pic.twitter.com/JGSZNNTUKr

It’s the middle of winter in Maine and fisherman Alex Todd and his crew have been catching scallops since the season started in December.

“The scallops like to not be in the mud. The drag doesn't work as good in the mud.”

A dredge drags on the ocean floor behind the boat to catch the scallops. The process is called towing.

After a few minutes the dredge is brought in, and the scallops are dropped on the deck. The crew sorts through each one by hand, using a circular tool to make sure they’re big enough to keep.

The dredge goes back in the water for more and in the meantime, the scallops are shucked on board.

You never know though, what else the dredge will drag in.

“We always would get boots and make the joke, see if there’s a foot in it," says Todd. "But this one time there was a sock in it and I knew it wasn't going to turn out good. We called the Coast Guard and they came and got it.”

“Makes it harder and it groups the people together more. I mean, it’s a two-sided thing if an area is getting beat down really badly then I suppose it needs to be closed, but there’s a double-sided thing to it, it pushes everyone to a smaller pen.”

The catch limit is 135 lbs a day, which we met just before noon. The scallops are cleaned, and Todd sells them directly to some local restaurants.

“The key to a good sear on the scallop," says Aaron Park, chef and owner of Henry & Marty, "is you have to pick them up and put them back down again.”

He's in the kitchen at his Brunswick business.

"Get it in the door and get it to the customer as quickly as possible.”

He buys “day boat” scallops, meaning they were caught that day.

“To make that connection between the hardworking farmers and fishermen that are out there doing incredibly hard work and to get that and be able to play with that product that’s really rewarding.”

His orange chipotle glazed scallops are a menu staple.

“It’s always important to ask where food comes from. Your sources, sourcing is incredibly important.”

He cautions the scallops we eat in Maine aren’t always FROM Maine.

“They could be cheaper, sure. But not better, that’s for sure.”

Crews will be out there harvesting scallops until the season ends in April.

Depending on the area, they can fish for scallops Monday through Thursday, sun up to sun down.